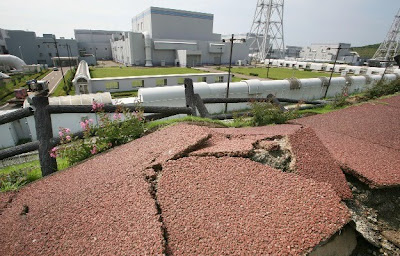 Specifically; why is there no "go-to-hell" plan in place for these facilities?

From what I can figure out (being, as a nuclear engineer, a hell of a former paratroop sergeant...) the issue with most of these pile-meltdown incidents is cooling.

Unlike a coal or gas plant, or a hydroelectric dam, a nuke plant can't be "turned off" by sluicing the fires or opening the spillway. Even with the control rods fully inserted a typical 460 Megawatt (MW) reactor like the Fukushima plant retains about 3% of its operating heat immediately after shutdown. Three percent of 460MW is about 14MW at SCRAM, or about 14 million Joules (1 Watt = 1 Joule/second). 4200 Joules will heat 1 kilogram of water by 1 degree C. So 14 million joules would heat 1 kg of water to ~3300 degrees C in a second.

So the problem is that even after you flick the "off" switch the damn thing has to be cooled, and cooled a LOT.

But almost all of the cooling schemes rely on some sort of power; steam generators, electric pumps...and as the Sendai earthquake showed us, in power stations built near large seismogenic faults, power is almost always lost.

You'd think that there would be a "last-ditch" cooling plan that did not depend on external power, but so far as I can tell there was no such plan in place for the Fukushima plant, and that such plans are nearly unthought of. But it seems to me, a natural pessimist, unthinkable to not-think of such a contingency. What would throw a nuclear plant off-line if not a major accident, and what would be more likely - where in the case of a fire, a storm, an earthquake, an internal control element failure - than losing electrical power?

Count me as someone who doesn't reflexively fear nuclear power. Nuclear seems like something that should be considered in our technologic society as an option, with positives and negatives much like other power production schemes.

But the active-cooling requirement seems like a real potential deal-killer. It seems to me that if you can't figure out a way to flood coolant through the core - without power, without pumps - then you have a significant roadblock to keeping these things safe. And safe with nukes is a problem, too. When the floodwaters from the failed hydropower dam recede, or the fire from the gas-power plant is extinguished, people can move back in and start to rebuild. But a core-containment failure has the potential to poison the surrounding area for years, even generations. 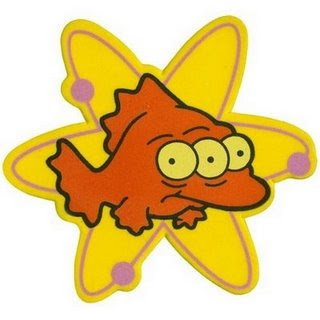 Nuclear engineers are among the smartest, best trained people in the entire engineering profession. There has got to be an answer to this cooling problem; why haven't they found it?
Posted by FDChief at 10:03 AM