Arithmetic on the Frontier

I was looking for this list of Victorian British Afghan expeditions and found it in this old post from May, 2008 back over at GFT. I thought it was worth re-posting to see how "far we've come" in a little less than four years.

"I got a certain amount of cynical amusement at reading that Our Man in Kabul, Hamid Karzai (the "President" of Afghanistan) dodged his fourth assassination attempt last Tuesday during some sort of celebration of the resistance to the Soviet occupation of the Eighties. 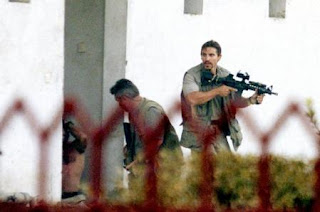 No, what makes me chuckle is the picture of "President" Karzai, the "Gucci guerilla", getting sniped during a celebration of the mujeheddin's anti-Soviet jihad. I'd bet a couple of afghanis that the boys who looked down the barrel of the Kalashnikovs at their purported Chief Executive last Tuesday were the ones who had been freezing their asses off in the Panshir Valley in 1981, dodging Hinds while Hamid Baby was dodging nothing more lethal that a misjudged ball of kibbi or an occasional sharp sliver of ice in his gin and tonic at the Raffles Club in Peshawer.

If that's not a perfect metaphor for our Afghanistan "policy" I can't think of a better one. 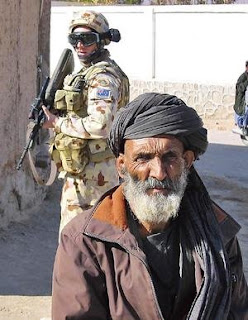 Much was made of the recent move of GEN Petraeus, the Savior-General of Iraq, to CENTCOM where he will presumably bring his water-walking brand of counterinsurgency to Afghanistan as well to ensure accomplishment of the mission there.

Well, the ISAF website says that the purpose of the fighting there is "assisting the Afghan Government in extending and exercising its authority and influence across the country, creating the conditions for stabilisation and reconstruction."

"...the Afghan Government in extending and exercising its authority and influence across the country."Got it?

This is where it's hard to type for the laughter.

Sun Tzu says that a victorious army decides on the victory and then fights, while a defeated army fights and then tries to figure out the victory.

So what do you call an army fighting for a victory that is not only not possible, but one that has NEVER been possible, ever, in the history of the tribes-with-flags that is Afghanistan.

This week, as I was reading the usual bluster and posturing from the usual Western sources about the Karzai shooting I was also rereading Byron Farwell's "Queen Victoria's Little Wars", a delightful little book and an invaluable primer for those of us military history buffs in search of a little recreational wog-bashing to while away the idle hours watching other people building retaining walls.

For Victorian England was perhaps the most effective, most ruthless imperial power since the fall of Rome. Probably a full third of the less-pale inhabitants of the globe felt the British ammunition boot up their ass at some point between the late Seventeenth and middle Twentieth Centuries. I was curious about what Mr. Farwell had to say about how the Brits had done with the irascible tribesmen of the Hindu Kush. Shall we see? 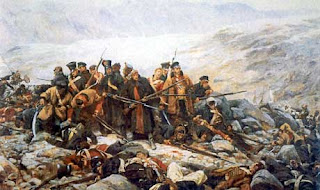 - a single survivor of the expeditionary force of 4,500 troops staggered back to India in 1842. The British, never one to suffer insults back in those bloodyminded days, proceeded to whistle up an army and march back to burn Kabul, set up a puppet (who lasted through the afternoon the last sepoy marched off) and left. 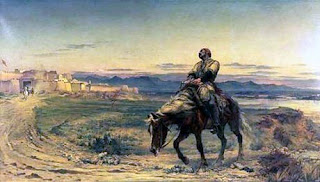 And that was that. Not because the Afghans stopped being a pain in the arse; it was because poor Victoria finally died, and the wars became Edwardian wars. Or Georgian Wars: there was a "Third Afghan War" in 19 freaking 19, for God's sake.

All these people do is fight - foreigners for choice, each other if there's no other option. 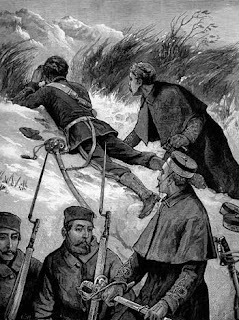 During a discussion about this over at Phil Carter's new Intel Dump one of the commentors posted what I consider to be a "typical" justification for why we're still in Afghanistan six years on trying to make a nation where there has never been one. Here's his comment:

"Afghanistan is a case in point. It certainly could have been conducted as a punitive operation, as you suggest. However, that would not have accomplished anything, strategically speaking. It would have quickly regressed into a failed state and again become a sanctuary for terrorist organization to train and grow. More importantly, such a "punitive operation" would have provided fertilizer to a whole crop of young muslims who had once again been humiliated by the west and who would be hungry for a way to strike back. Once again, we would have gone into an area, caused a whole bunch of damage and chaos and left without any effort to clean up the mess. Not exactly a great strategy for winning friends, or at least avoiding making new enemies."

And here's my response:

"Not sure how you regress a failed state into a failed state. More to the point, how do you regress a failed state that never WAS a state other than in the fantasies of imperial cartographers. The British tried every option to change this collection of tribes with flags: war, peace, bribery, threats, subversion...it didn't work for them, and they were the best imperialists since the Romans. Why - in the name of God - WHY! - do we think we can do better?

Afghanistan will remain what it is until the Afghans, or AN Afghan, decide differently. To send our soldiers to fight and die for this impossible, fruitless chimera of a mission is to forget that a truly wise geopolitical policy realizes that there are some aims, however laudable, that are simply not achievable, or at least worth the blood and treasure needed to attain them." 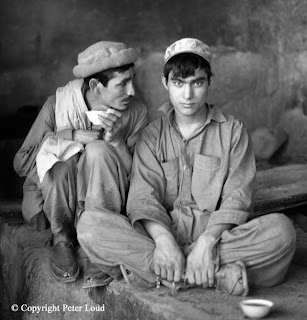 Or, as the Afghans themselves might sing: "There's a boy across the river with a bottom like a peach. But, alas, I cannot swim."
Posted by FDChief at 1:54 PM