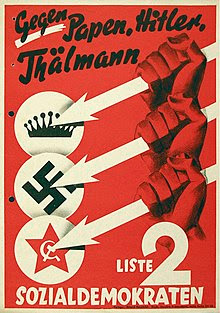 FDChief - Was that you I saw on the local news waving an Iron Front banner at the Timbers/Sounders game last week?  You Portland guys are A-OK.  True to our northwestern roots.  Sorry I wasn't there.  My Grandma's brother Doug, the Wobbly, is undoubtedly twisting in his grave that I didn't make it.

Portland better buckle up for more attempted invasions by the morons like the proud boys, the daily stormers, the base, and the other asshats.  You Timbers fans are going to ignite Charlottesville #2.

Great game by the way. 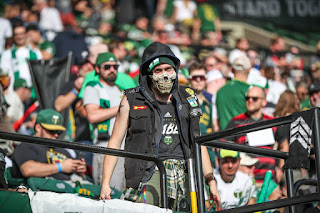 Good thing I didn't go though.  Some of you Portland cheerleaders are enough to give us Seattle fans nightmares.  And the 'Gut-the-Fish' signage was uncalled for.
Posted by mike at 2:44 PM 11 comments:

Hmmm!   Something strange about redlegs.  Maybe they should have made him a lanyard puller, or a gun captain.

I've helped load a few truckfulls of 155 shells myself, which I'm sure is the source of my aching sacroiliac for the last 55 years.

Wars and stupors of wars

One of the multifarious issues with electing a total idiot who predictably stocked his administration with a coterie of simply-flaming-assholes, dangerously incompetent sycophants who are also flagrantly authoritarian-curious (at least), corporate whores, grifters, and outright clowns is that when problems turn up it's extremely difficult to feel confident that these gomers will be able to do something that ranges from "not actively stupid" to potentially useful.

While the bulk of the corporate media organizations circle the drain that is Trump's Twitter feed repeating his nonsense about hordes of invading brownskins, several parts of the globe are getting...interesting, and not in a particularly good way.

One of them is along the Pakistan-India border, where the subcontinental quasi-Trumper Indian PM Narendra Modi has played to his deplorable-Hindu-supremacist base by hammering Kashmiri Muslims. This, unsurprising to anyone who has more than one brain cell, has provoked some nasty posturing from the other subcontinental nuclear power. Trump's contribution was to shove his enormous orange oar (what? You say it's NOT enormous? FAKE NEWS!!!) in back in July blabbering about U.S. stumbling into the dispute and forcing a hasty denial from Modi's people that, no, they hadn't asked the buffoon to do anything.

It's hard to tell whether this will lead to anything more than posturing, but it's already obvious that the Trumpkins' geopolitical shrewdity has effectively neutered much of the U.S. ability to help defuse tensions in this nasty little dispute between two putative allies.

Meanwhile, in the Ukraine the political mess is getting messier, with a stand-up comic/president, fascist Ruthenians, Putin-fondlers, and all-around whackjobs all getting involved in a political imbroglio that would make Machiavelli throw his hands in the air.

If Niccolo himself would despair of this twelve-monkeys-fucking-a-football disaster, what hope is there for this Administration, that is, apparently, managed by tweet and whatever bats are looping around whatever is inside the tangerine-hued Tiberius' combover that functions in place of an actual brain? Certainly this would seem to be a place for a judicious consideration of the actual stakes involved and whether there is an actual dog for the United States' foreign policy in this fight and, if so, to what extent.

But, again...who outside of the MAGAt fever-swamps actually believes this congeries of fools and damned fools can do that?

Who'd have thought that Obama's "elections have consequences" line would be repeated so soon as farce?

(And let's not even think about the weather.)
Posted by FDChief at 1:34 PM 34 comments:

Nietzsche may have a point to consider about US

Another MassMurder by another White Man blaming Immigrants for...whatever, does it really matter at this point?

What drives me to depression is the "Cultural Christians" defense of the indefensible..."Stop making this about guns, people are dead, sad us, very sad, THOUGHTS and PRAYERS, so sad, bad people, evil people, naughty people, did I mention sad?"

Of course, it's video games, online culture, chat rooms, information hubs...those are the problems, and were said as much by the Governor's office of Texas, and the Lt. Governor who was sent to toe the line on Fox News.

as one Twitter user Professor of History at the Citadel, Micheal Livingston, tweeted

But what draws my ire, more than anything else, is the "Christians"

I even had one of the Elder's of my Church try that on me...and I really didn't want to gut him in front of our mens group, but I had to...not a proud moment for me.

"The World doesn't make distinctions of who is Christian and Who isn't...anyone who claims Christ as their savior, no matter how much they prove they are not, WILL BE labeled a Christian. We're stuck with them."We have a problem here in the US, a gun problem, all the Mass Murders have one thing in common...weapons designed to kill people.

But the other problem is we have a President who nurtures, encourages, and gives tacit approval of whole sale murder with this rhetoric at his "campaign" stops.


as I reread this I realized I need to bring my point home...so it is this:

Apparently, "Christians" and non-Christians have abandoned reason, and no one, the world or otherwise should look to us for common sense, answers, or truth..."we" have murdered God (or all that we claim we hold dear) by our words, actions, and in-actions.Nietzsche pointed out a key element about Christianity in Europe after the Enlightenment...though the Europeans used God's name a lot, their behavior said God was no longer a part of their thinking or lives...and Nietzsche wasn't above pointing that out...

"God is dead. God remains dead. And we have killed him. How shall we comfort ourselves, the murderers of all murderers? What was holiest and mightiest of all that the world has yet owned has bled to death under our knives: who will wipe this blood off us? What water is there for us to clean ourselves? What festivals of atonement, what sacred games shall we have to invent? Is not the greatness of this deed too great for us? Must we ourselves not become gods simply to appear worthy of it?"


Nietzsche...the son-of-a-bitch, after all these years, still points out the unholy truth about Christians...and the unfortunate part is we can substitute God for the Constitution, America, Truth, Freedom, whatever the topic we spill words for...we killed it, we killed it dead with our knives.

AND STILL, we have no intention of changing our words, or deeds

Nietzsche is right, we killed our God and gods, what else is left to us?

P.S. 253 Mass Murders...apparently there was another one last night