Having just finished up the Elbrus Ring military mountaineering competition, the focus of Russia’s international military olympics is now on the tank biathlon.  It stresses live fire over rough terrain giving marks for speed and accurate, rapid fire.  “Participating tanks drive a three-lap route of 6–10 km.  During the first lap, crews fire (the main gun) at targets positioned 1,800, 1,700 and 1,500 m distant.  In the second lap, different targets imitating an anti-tank squad and an infantry unit are fired upon.  These targets are at a distance of 600–700 m, and must be engaged with 7.62 mm coaxial machine gun.  In the third lap the tank crews target an anti-tank gun and ATGM unit by use of the turret-mounted heavy machine gun at a distance of 1,200 m.  One or more misses leads to an extra penalty lap of 500 m.  On the final lap tanks have to go through various terrain obstacles; an obstacle missed or improperly traversed adds 10 seconds to the final timing.” 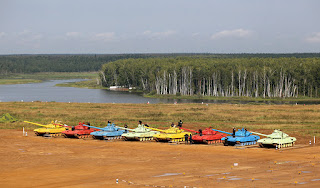 It is held at the Alabino Proving Grounds just southwest of Moscow.  23 countries are reported to be sending tanks and crew to compete this year (five years ago when this event started only four competed).  The US Army and NATO have been invited in the past but have not accepted.

Iran is sending an entry again this year.  Two years ago Iran took last, 12th place out of 12 contestants.  Last year they did better placing seventh.

Russia has taken the gold medal every year.  That is fitting for the home team, they undoubtedly get to practice on that particular course for months beforehand. Plus they have the latest and greatest gear, for which the biathlon provides a perfect marketing opportunity.   Overseas sales are a big part of these games.

The Strong Europe Tank Challenge hosted by the German Heer and USAREUR just held at Grafenwoehr is somewhat similar.  But at two years junior it seems to have been started in reaction to the one in Russia.  And it is smaller, only eight countries participating vice the 23 at Alabino.  This year there were six NATO countries plus Sweden and the Ukraine in the competition.  Germany won twice, Austria once – Leopards seem to dominate the competition.  And long in the past the Canadian Army used to host a NATO-wide tank competition but that hasn’t been done for two or three decades to my knowledge. 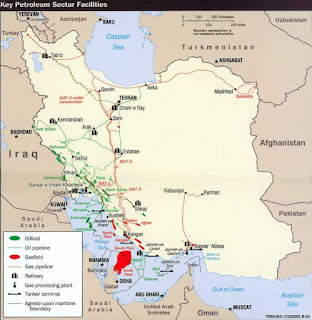 But why would they?  Trump is not going to stop oil supplies to China and they are Iran’s biggest customer.   And Chinese oil tankers would love the concession to bring oil to India and other Asian customers.  Plus there is no way Trump can stop oil exports to Turkey without bombing pipelines.  Same for natural gas exports to Turkmenistan – and Trump's buddy in Moscow might object to that.
In fact Trump is only trying to bully European buyers and perhaps South Korea and japan.  But he is giving waivers.  His deadline is November. 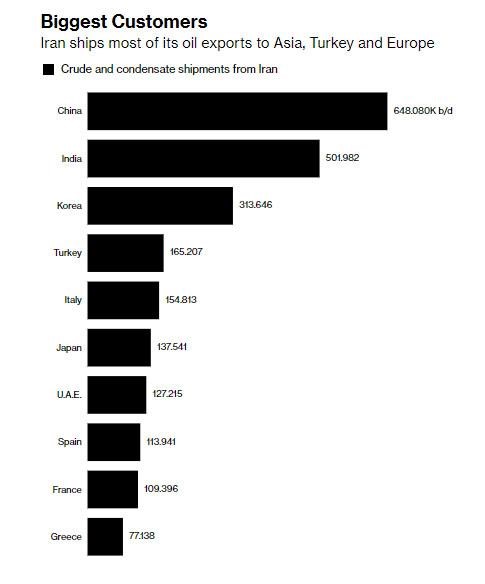 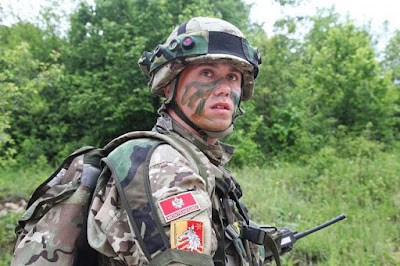 “Membership in NATO obligates the members to defend any other member that’s attacked,” Carlson said to Trump. “So let’s say Montenegro, which joined last year, is attacked. Why should my son go to Montenegro to defend it from attack?” In response, Trump told Carlson that he understood his concerns. “I’ve asked the same question. Montenegro is a tiny country with very strong people,” the president said. “They’re very aggressive people. They may get aggressive, and congratulations you’re in World War III.” 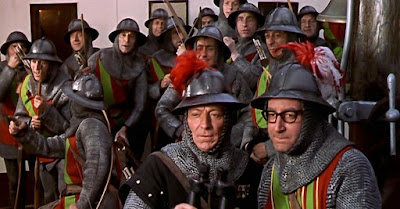 You have your Montenegrins and your Albanians and your Macedonians and your Serbians and they all just can't wait to get aggressive and next thing you know the nukes are a-flyin! The lamps could go out all over Europe at any time. ANY time, I tell you!
Posted by FDChief at 10:33 AM 30 comments: 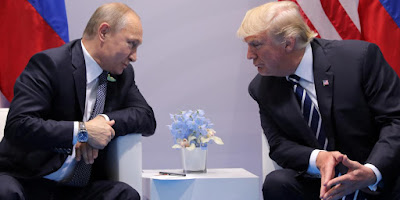 I mean, let's not kid ourselves; the Росси́йская Федера́ция has, at the very least, regional geopolitical aspirations that an aggressive U.S. and Western alliance could, and probably would, be troublesome to deal with. Putin has stated his desire to restore the borders of the old Soviet Union. His ambitions may go even further:

"Andrej Illarionov, the President’s chief economic adviser from 2000 to 2005, Mr Putin seeks to create “historical justice” with a return to the days of the last Tsar, Nicholas II, and the Soviet Union under Stalin. Speaking to the Swedish newspaper Svenska Dagbladet, Mr Illarionov warned that Russia will argue that the granting of independence to Finland in 1917 was an act of “treason against national interests”. “Putin’s view is that he protects what belongs to him and his predecessors...parts of Georgia, Ukraine, Belarus, the Baltic States and Finland are states where Putin claims to have ownership."

A United States government that is willing to put military force on the line to keep Russia out of the Baltics, or Ukraine (Finland? Seriously? Didn't you fuckers learn the first time..?) would be big problems for that agenda.

So the notion that an autocratic kleptostate would be enthusiastic about reproducing its ways and means in other polities isn't exactly unbelievable.

But if you're a cunning ex-KGB officer (or an ambitious up-and-comer in the GRU or FSB...) why the hell would you pick a guy like Donald Freaking Trump?

I don't know how old you are or where you grew up, but I'm a child of the late Sixties and Seventies. I grew up in southern Jersey/southeastern Pennsylvania and was a young adult in the late Seventies and early Eighties when Trump was all over the goddamn place. 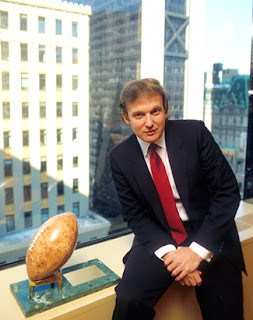 He was, not to mince words, a buffoon. What Bugs Bunny would call "an im-bessel". A joke. There was a glossy "humor" magazine called Spy that owned him constantly, making vicious mockery of his ridiculous boasting, his pretensions and vulgarity, his stupidity and egotism. Remember "short-fingered vulgarian"? Spy. But it didn't take other people mocking him - the dude was a total shitshow, everybody I knew thought he was a complete doofus. I mean...the guy went broke running casinos, a business where people give you money!

And, again, this was forty years ago when the guy was fairly lucid. Go listen to interviews with him in the Seventies. He was still a braying ass, but he could actually parse a sentence and pursue a fairly complex argument. Fairly...this WAS still Trump. Dude had never been a rocket scientist. Still.

Christ, you'd think the gomer had been hit repeatedly on the forehead with a brick. He's barely lucid, repeating monosyllables like a third-grader who's drunk a can of Sterno. I'm a Russian intelligence officer, why the hell would I trust this knucklehead? That's always been my problem trying to see Trump as Putin's sockpuppet. No matter how far you have your hand up Trump's ass, it's gotta be damn deadly difficult to make his mouth move the way you want it. 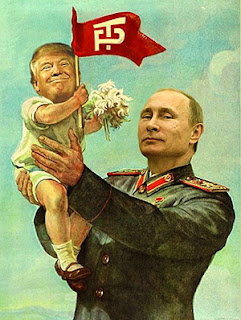 But for what it's worth, I came across something today that convinced me of how this fell out.

Here's my theory, courtesy of Ed Burmila at Gin and Tacos.

"I've never believed, and do not believe, that Russia gives a shit about Hillary Clinton or Donald Trump per se. What they care about is creating as much of a shitshow out of America's increasingly feeble attempts to govern itself so that it, Russia, can present itself to the world as the safer, stabler economic and military protecting power.

Domestic chaos in the US also drastically reduces the chance of American attempts to limit Russian geographic expansion (and if you fail to understand that geographic security is the guiding force behind all Russian strategic thinking for the past five centuries, read up and get back to us). There was no Grand Scheme to "install" Trump. They just saw an opportunity and took it.

The U.S. would do exactly the same – and has repeatedly in the past – if we thought there was some opportunity to install a total assclown dictator type in Russia or another country."

So, yeah. That's pretty much it. It wasn't Trump, or, at least, not because of some particular virtue or value in Trump. He was just what they had - a weapons-grade moron who was deep in hock to Russian mob money - and they were fine with using it to help the goddamn U.S. public vote themselves a nice hole to fall in.

Somehow that just pisses me off more, though.

It would be one thing if the whole Trump nightmare was part of a deeply laid, brilliantly cunning plan concocted by a cabal of evil geniuses - Kochs and Waltons and Putin and Bannon and Miller and Trump - to destroy the New Deal America I grew up in and return us to the appalling depths of the Gilded Age as just another kleptocratic white nationalist shithole country.

But to be relegated to immiseration because some GRU captain got the goods on this ridiculous douchebro? 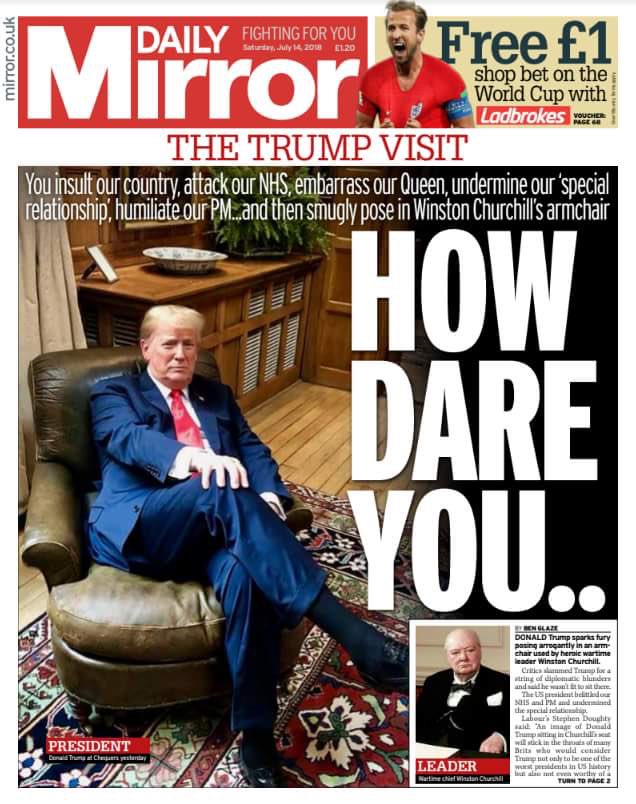 They should buy up Trump's tabloid, the National Enquirer and install an editor that stops kissing right-wing butt.


Trump is no Winston.

Both born to rich families.

Both failures in business until their fathers bailed them out.

Both Conservatives and enemies of the working stiffs.

This is who we are. 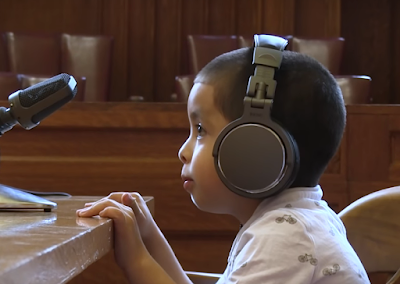 This is who we are now. This is the nation I served for 22 years. This is the country I swore to protect and defend against all enemies, foreign and domestic.

This is the country that sends small children to "court".

If We the People do not hold the people who are doing this, and the people who want this, as the "domestic enemies" of this nation, then that IS who we all are.
Posted by FDChief at 4:27 PM 14 comments: 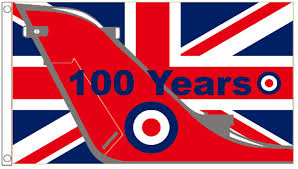 The Royal Air Force, in its current form, celebrated its 100th anniversary in April.  It is actually older if you consider the Air Battalion of Royal Engineers, which later turned into the Royal Flying Corps, and if you also consider the Royal Naval Air Service.

A history of the birth of the Royal Air Force, "RAF: The Birth of the World's First Air Force", was published earlier this year, perhaps to profit from that anniversary.  It details the genesis of the RAF as an independent service and the reorganization of various air boards and committees into the Air Ministry.  The sub-title is misleading.  Perhaps a more fitting one would have been: "The Birth of the World's First Independent Air Force".  The author is Professor of History at King's College London and presumably knows that Italy's 'Corpo Aeronautico Militare' pioneered military aviation by carrying out both the first aerial bombardment mission and the first reconnaissance flight, pre-WW1 during the Italo/Turkey War.   And France's 'Service Aeronautique', and even Germany's 'Luftstreitkrafte' are a bit older than their Brit counterparts.  But I would surmise the editors at the publishing house knew their potential book buyers better and went with the version that would sell.

The author, Richard Overy, is a professor at King's College in London and an award winning historian: Samuel Eliot Morison Prize of the Society for Military History in 2001, plus the Wolfson History Prize and Hessell-Tiltman Prize in 2004.  The book is not much over a hundred pages, it is perfect for a quick summer read.  And perfect for the average aviation buff.  Yet this is not a detailed history.

For someone looking for more beef I would recommend retired RAF Wing Commander Ian Philpott's "The Birth of the Royal Air Force" published by Pen &Sword.  Philpott does not have the academic chops of Professor Overy, but IMHO his book has a more extensive scope.  Not only a history, it is encyclopedic in its details of operational events, including some first clumsy attempts at CAS, which has generated much interest on this blog in the past.  Also gives specifics on early Brit airplane design, RFC airfields and RNAS seaplane bases.   A bit spendy, but worth the price.  And it was published five years ago, so certainly there are inexpensive used copies available.