Not much to add to the Joe Klein (and yes, I know...Joe fucking Klein! Whooda thunkit..!) piece in Slime other than a rueful shake of the head over this:

"There has been all sorts of consternation about the confusion at NATO headquarters as well. In the future, there should be none: we are NATO. Only we have the experience, equipment and logistical capability to lead a military action, even one that seems a nominally simple as a no-fly zone."

This isn't the freaking Former Yugoslavian Republic of Macedonia we're talking about here. This is Great Britain and France; two of history's biggest military hosebeasts, for cryin'outloud. Two of the three global military monsters of the past five centuries; Godzilla and King Kong - throw in the Spanish and you've got King Ghidorah there, too. 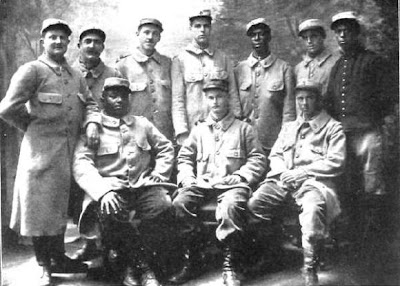 These guys wrote the damn book on bitchslapping little countries and native tribes. The appearance of a Union Jack or a Tricolor on the horizon was the first sniffle that let you know that about half your people were going to come down with a bullet-hole-shaped headachey cold.

And now this D.C. talking fathead says they can't even put together a simple punitive expedition anymore.

Klein could just be talking out his ass, mind you; the British did just fine in the Falklands thirty years ago (well, except for the whole Exocet-ship-sink-y thing), and the French...well, they don't really have any real need to do this stuff anymore, fun as it is. And I know that being the toughest of military tough guys isn't crucial to a Western nation's existence anymore.

The British and French getting slagged off on because they can't send a bunch of wing-wipers over the Third World? Even with these cool bikinis? 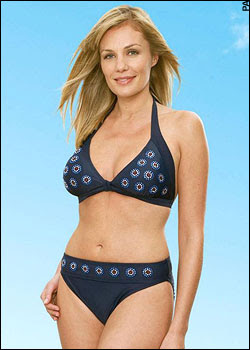 Think of it; British grenadiers and the fierce legions of Napoleon reduced to carrying the golf-bag for the upstart Yanks. What is the world coming to?