What is an Economy? 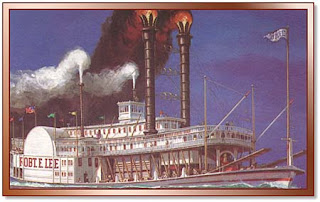 Taking another look at fDChief's thread Arc of a Diver, I think that something basic is missing that has come up at the end of that thread, especially in comments by Publius, jim and Al.

Exactly what the economy is hasn't been defined. Chief talks about "securing needs" at the beginning of his post, but that's more human focus and motivation than economy. If I'm dying of thirst, I'm not going to be looking for entertainment, but water, which doesn't necessarily require an economy at all, let alone $$$.

So how do we define "economy"? The distribution of goods and services within and between communities? But it's more than that imo, it also involves providing "gainful" and "meaningful" employment/activity for the members of said community. This would not require commerce at all, could be based instead on reciprocity, which would also not require money. These of course would be relatively limited and not very complex communities, but the basic tie in with economy still holds imo since we still have the same basic requirements which the economy is expected to meet.

Where does "money" come in? Notice I say money and not property which are two different things, although today we see them as one in the same. Money is an abstract concept based on shared assumptions and trust. I assume that my $100 note will be accepted by the check-out counter attendant because it is "legal tender". The attendant assumes that my note is genuine, but the note has no actual value in and of itself, unlike property. Money acts as more the lubricant for the economy, the easing of commercial transaction than as the focus and/or purpose of the economy. The more lubricant the better the system functions, but also the lubricant acts as a measure as to how successful certain parts of the apparatus are operating. Still, the purpose of the overall system is actually much broader and all encompassing than what the money would indicate, and in order to be adequate requires a certain amount of social/communal stability.

Now what happens when we radically redefine "economy" to "making a profit" or more simply as "cashing in"? Instead of a market/sharing of trade and reciprocal/meaningful action we have a gambling table where only the richest can play. The majority are simply pawns in the much larger game of high stakes bets, wagers, and swindles, in fact deception is considered a necessary and highly-valued skill. There is no thought of meaning or distribution, rather of "winner take all" and the loser gets perhaps another chance as long as his money holds up.

But even this doesn't quite capture the reality of the great transformation we have experienced imo. Soooo consider this fable:

There were once two river steamboats. One was new and gleaming, state of the art for the time, well-managed and prosperous. Being steamboats, we of course have riverboat gambling. The other was old and dilapidated, patched up with old worn-out parts and wired together with baling wire, but still functioning more or less. The two steamboat captains decided to have a race. As long as there was no race the inherent weaknesses/strengths of both boats were not apparent.

So on the first boat we have the machinery working well, the crew operating as expected, the gaming tables operating in the best interests of the boat, raking in big profits from the gamblers on board.

On the second we have the machinery barely holding together, the crew semi-mutinous or drunk and disinterested. The gamblers have bought off all the dealers who allow them to win big at the cost of the house, while the uninitiated are fleeced mercilessly. The captain (not the president) is drunk on the bridge but with great delusions of grandeur and considers his boat simply "too big to fail" and orders yet more steam as the first boat is lengthening its lead. The smokestacks are glowing redhot by this point and everyone paying any attention to the reality of the situation knows the boiler is about to go which will blow the whole thing sky high, but the gamblers at the tables are totally focused on their crooked game and ignore the rumbling until it is too late . . .

One of the constitutive components of the modern capitalist spirit and, moreover, generally of modern capitalism, was the rational organization of the life on the basis of the idea of a calling. It was born out of the spirit of Christian asceticism. Our analysis should have demonstrated this point. If we read again the passage from Benjamin Franklin cited at the beginning of this essay, we will see that the essential elements of the frame of mind he described as the "spirit of capitalism" are just that we have conveyed above as the content of Puritan vocational asceticism. In Franklin, however, this 'spirit' exists without the religious foundation, which had already died out.

The idea that modern work in a vocational calling supposedly carries with it an ascetic imprint is, of course, also not new. The limitation of the Faustian multi-dimensionality of the human species, is in our world today the precondition for doing anything of value at all. This is a lesson that already Goethe, at the peak of his wisdom in his Wilhelm Meister's Years of Travel [1829] and in his depiction of the final stage of life thought his most famous character Faust [1808], wished to teach us. He instructs us tht this basic component of asceticism in the middle-class style of life - if it wishes to be a style at all - involves today an inescapable interaction in which the conduct of 'specialized activity', on the one hand, and 'renunciation', on the other, mutually condition each other. For Goethe this acknowledgment implied a farewell to an era of full and beautiful humanity - and a renunciation of it. For such an era will repeat itself, in the course of our civilizational development, with as little likelihood as a reappearance of the epoch in which Athens bloomed.

The Puritan wanted to be a person with a vocational calling; today we are forced to be. For to the extend that asceticism moved out of the monastic cell, was transferred to the life of work in a vocational calling, and then commenced to rule over this - worldly morality, it helped to construct the powerful cosmos of the modern economic order. Tied to the technical and economic conditions at the foundation of mechanical and machine production, this cosmos today determines the style of life of all individuals born into it, not only those directly engaged in earning a living. This pulsating mechanism does so with overwhelming force. Perhaps it will continue to do so until the last ton of fossil fuel has burnt to ashes. According to Baxter, the concern for material goods should lie upon the shoulders of this saints like "a lightweight cloak that could be thrown away at any time". Yet fate allowed a steel-hard casing (stahlhartes Gehäüse) to be forged from this cloak. To the extent that asceticism attempted to transform and influence the world, the world's material goods acquired an increasing and, in the end, inescapable power over people - as never before in history.

Today the spirit of asceticism has fled from this casing, whether with finality, who knows? Victorious capitalism, in any case, ever since it came to rest on a mechanical foundation, no longer needs asceticism as a supporting pillar. Even the rosy temperament of asceticism's joyful heir, the Enlightenment, appears finally to be fading. And the idea of an 'obligation to search for and then accept a vocational calling' now wanders around in our lives as the ghost of beliefs no longer anchored in the substance of religion. Whenever the conduct of a vocation cannot be explicitly connected to the highest cultural values of a spiritual nature, or wherever conversely, individuals are not forced to experience it simply as economic coercion - in both situations persons today usually abandon any attempt to make sense of the notion of a vocational calling altogether. The pursuit of gain, in the region where it has become most completely unchained and stripped of its religous-ethical meaning, the United States, tends to be associated with purely competitive passions. Not infrequently, these passions directly imprint this pursuit with the character of a sporting contest.

No one any longer knows who will live in this steel-hard casing and whether entirely new prophets or a mighty rebirth of ancient ideas and ideals will stand at the end of this prodigious development. Or, however, if neither, whether a mechanized ossification, embellished with a sort of rigidly compelled sense of self-importance, will arise. Then, indeed, if ossification appears, the say might be true for the 'last humans' in this long civilizational development:

-Narrow specialists without mind, pleasure-seekers without heart; in its conceit, this nothingness imagines it has climbed to a level of humanity never before attained.-

Max Weber, The Protestant Ethic and the Spirit of Capitalism, 1920