Conventions are done.  Lots of media discussion about things.

The Fool on the Hill 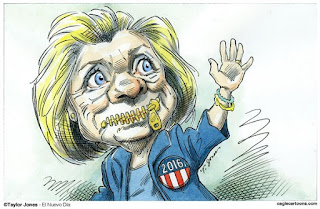 The truth is incontrovertible.
Malice maty attack it, ignorance may deride it
but in the  end, there it is
--Winston Churchill

This last year of incessant, relentless press excoriation of Mr. Trump and those who voted for him is dispiriting. The burden of hatred which spewed forth from nearly every outlet a reasonable person might access has been daunting. It has been a year of detestable press.

Entirely ignored by the press has been the investigation of the momentous and unlikely phenomena of Trump's nomination, without resorting to the ad hominem. But the press is an institution which also feeds at the political trough.

Mr. Trump is the court jester who revealed that the other would-be emperors were naked. The sour- grapes simpering of Mr. Cruz at the Republican National Convention gave lie to the fusty Republican trope of being the party possessed of true red-blooded American bonhomie. If it ever was, it is no more.

For this, Mr. Trump shall be rewarded as the next Fool on the Hill. And for those renting their garments, tell me that you voted for Uncle Bernie with joy in your heart (in the Kondo-ian sense). And will you hold your collective nose as you check the box for the supposed heir to the Clinton dynasty?

In Trump, Republican voters did not see a fundamentalist Christian or any of the myriad vested interests represented by the other 15 stuffed shirts fronted by the Republican machine. The majority of Trump's followers did not vote for him out of any great love for the man, but for the fact that he was Other.

The Democrats never had any such option.

These voters said "no" to the party icons and scions. They refused to eat the lie which said, "Here are 15 candidates from among which you may choose, but choose you must, if your party is to have a chance." The voters for Trump said NO to tyranny and political dynasty.

Trump would not have won his party's nomination if a straggling band of Naderites or Perotians had cast votes helter-skelter in a kamikaze mission. These voters got it and said "No" to the Fortunate Sons ("no" to a Bush III). "No" to pandering special interests (Rubio couldn't take his home state). "No" to the religious fanatics. They know that all emerged from the same bag, and paid obeisance to the same dirty machine.

This perspective should have been revitalizing, but the press could not allow it, for it did not fit into their gestalt of a "backward-looking, hopeless uncool and bigoted" Trump electorate.

They refused to say that Mr. Trump's "Yes" was a "No" to all the rest. For all the money and concerted press effort to deconstruct and unravel him, top-down, inside-out, it did not matter. You may call it what you will: the last gasp of the white chauvanist male (a view which provides succor to most academics) or flyover state ignorance, but derisive labels do not change the fact.

They could not fully construct him as grotesque, because it was not he, per se, who captured the voter's  imagination. It was that he was NOT they (i.e., the Others). If elected President, hopefully he will recognize the gravitas and great yearning which lies behind the facticity of his nomination.

Theirs is a hope for a nation which does not spin apart, enervating itself with self-destructive diversions. The Good Liberals call this necessary progress, but the commonweal is suffering. America still lives between the extremes, and it is their hope which is on display in this nomination.

The press is wholly beside itself, waiting like wolves at the door this week, hoping for the eruption of some violence -- something, anything, to mar the reality -- all the while demeaning those Trump supporters who held signs which expressed a desire for a safer nation. They cannot spin fast enough, and they must soon confront their failed project.

No matter, there will be evermore to carp about.

Mr. Trump is outside, and is not bought and sold; he is therefore, unsafe to those who would continue the current disarrayed status quo. He, moreso than the other party puppets, is a man situated in place and time.

He may not be a man for all seasons, but he is a man for this season.


Part II:  on press violence -- "Carp Diem: A  Year of Living Dangerously in the Press."


The Battle of the Somme lasted five months from July to November 1916.  There were over a million 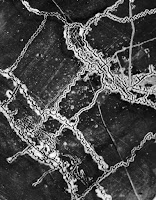 dead and wounded:  420,000 British, 200,000 French, 465,000 German.  It was going to be a major British/French offensive.  However, with the German offensive at Verdun and Paris threatened, the French diverted many of their Somme divisions to prevent a German breakthrough to Paris.  There was also a three pronged offensive by the Entente that summer: the other two being the Brusilov Offensive in the East (one million eight hundred thousand casualties), and the Sixth Isonzo Offensive on the Italian Front (a paltry 100,000).  Throw in the casualties for the German Offensive at Verdun (976,000), plus those from the everyday grind of war and then the total for the year is well over five million.  1916 was a bad year to be a soldier.

Mametz Wood was an objective of the British in early July.  A newly formed unit, the 38th (Welsh) Infantry, got their baptism of fire at Mametz.  The unit defending Mametz was the Lehr Regiment of the 3rd (Prussian) Guards Division, rated as one of the best German combat units by Allied intelligence.  The 38th took massive casualties and had to be pulled out of the line to be rebuilt and were not combat effective for a year afterwards.


Soldier-poets Siegfried Sassoon, Robert Graves, and David Jones were at Mametz.  As was Frank Richards, a buck private who in 1933 wrote the memoir "Old Soldiers Never Die", the line that Dugout Doug MacArthur used 20 years later.    Sassoon won a Military Cross for gallantry at Mametz.  Modern Welsh poet Owen Sheers writing in 2005 composed this piece to commemorate those who died there:


“For years afterwards the farmers found them –
the wasted young, turning up under their plough blades
as they tended the land back into itself.

A chit of bone, the china plate of a shoulder blade,
the relic of a finger, the blown
and broken bird’s egg of a skull.
…
Their socketed heads tilted back at an angle
and their jaws, those that have them, dropped open.
As if the notes they had sung
have only now, with this unearthing
slipped from their absent tongues.”