Interesting article @ salon.com regarding 10 things a President Biden could do immediately on foreign policy via executive order or reversing the lying-moron's most egregious executive orders.

1) End the U.S. role in the Saudi-led war on Yemen and restore U.S. humanitarian aid to Yemen.

2) Suspend all U.S. arms sales and transfers to Saudi Arabia and the United Arab Emirates.

4) End U.S. threats and sanctions against officials of the International Criminal Court (ICC).

5) Back President Moon Jae-in's diplomacy for a "permanent peace regime" in Korea.

8) Roll back Trump policies on Cuba and move to normalize relations.

10) Freeze U.S. military spending, and launch a major initiative to reduce it.

I'm good with all ten especially the first.  Regarding the second, I seriously doubt that Biden will suspend arms sales to the KSA and UAE.

On the third item with Iran and JCPOA: Biden can end the sanctions but Tehran may not want to  rejoin.  Khamenei has been Iran's Supreme Leader for over 30 years and has seen the bipolar foreign policy of Washington first hand.  Why would he bet on a Biden second term?

Number five I think Biden will do with one exception.   I don't see him ending Joint US/SoKo miltary exercises.  And that will kill the deal for NoKo's Haircut Boy.

And number six on renewing START depends more on Putin than on Biden.  But hopefully he can at least get his SecState (who will that be?) to begin horse trading with Lavrov.

Item seven and eight, of course.  Sanctions rarely work unless backed up by blockade.  The only successful example I can recall was against apartheid in the RSA.  But those sanctions were endorsed and backed overwhelmingly by much of the world.

For item nine, ROE, we should be adhering to the San Remo Handbook and/or to NATO ROE.

Number ten, I don't think Joe is going to freeze mil spending.  He is definitely going to get major push from the house to reduce it..  But the Rent Boys in the Senate will have some pushback.  They are NOT friends of America.

Despite the efforts of roughly 47% of the U.S. voters to ensure four more years of nonstop lies, the Plague, and the New Gilded Age Project it now appears that the executive branch, at least, will revert to the more typical sort of internal and external Great Power politics that has been the bog-standard operational mode for the United States since at least 1945.

Keeping in mind the Pathogen in the Room that is the COVID-19 pandemic, where is a Biden Administration likely to go geopolitically?

Away from Trumpian transactionalism, one suspects. It seems likely that the old ties to NATO and the Asian democracies will be tightened and tightened bonds to autocrats such as Erdogan and Mohammad Bin Salman will be loosened, and in particular the pay-for-play demands of Trumpian foreign policy will be discarded. As Bromwich notes;

"Biden has surrounded himself with the conventional advisers of the Clinton-Obama circle – Jake Sullivan, Samantha Power, Susan Rice, Thomas Donilon, Ash Carter, Michèle Flournoy. It is hard to imagine any of them straying far from the Cold War groove of shepherding Nato (sic) against Russia and finding a field for occasional military exercise in a humanitarian war."

The bit about "humanitarian war" elides that Biden himself - and to be fair Bromwich does note this - was against the Libyan misadventure from the start.

I've always been skeptical of the "conservative" insistence on the political influence of the "Responsibility to Protect" crowd on the Left. For a brief moment during the Clinton Nineties the notion that the U.S. could use Bullets for Good was kicked around in public, but the actual effects seem to have been very minimal.

Despite the UN resolutions of the Oughts Libya remains the only salient example; for all the talk about R2P nothing has been done in Syria or Yemen other than the usual Great Power politics by either the Obama or Trump Administrations. Given that, and Biden's antipathy about the Libya intervention, I don't see any real return to "humanitarian war" in the next four years.

What about the "War on Terror"?

In 2009 Biden advised Obama to cut and run from Afghanistan. I suspect that a Trump-directed wrapup that might have begun this autumn has gone the way of everything else not golf-, television-, and Twitter-related now that the Grifter-in-Chief has no more fucks to give.

But will 2021 begin with a final shuttering of the neverending saga of "Operation Enduring Freedom"? And what will happen when the inevitable collapse of the Tajik/Uzbek government in Kabul occurs? Will this become a "who lost China" controversy?

The situation in the remainder of the Middle East seems like a perfect opportunity for American disengagement. There is no real reason to take sides in the Sunni-Shia civil war, or to favor the Saudi congeries against the Iranian-led Shia axis. Given its size and demographics Iran is going to be the regional power in Southwest Asia; the U.S. insistence on trying to hold back that tide looks increasingly foolish given the persistent bad-actorism of the Saudis.

And, given the need to reduce the consumption of petroleum if we are to avoid a repetition of the Paleocene-Eocene Thermal Maximum, the need for U.S. involvement in hoarding oilfields and the despotisms that surround them seems increasingly louche. Why not take the opportunity of a Biden foreign policy to wave goodbye and wish a pox on both their houses?

The real open question is can a Biden Administration DO this? Engagement in the Middle East has become engrained in U.S. policy since 1945. It seems to me that it would take a seismic shift to change that, and I don't see Biden as a "seismic" kind of guy. Unfortunately, I see the next four years as a continuation of the preceding 60-odd, with the U.S. unwilling to quit fussing around in the damned region but unable to devise an actual "coherent-with-national-interest" set of goals there, either.

The other potential engagement point is the west Pacific rim.

There the North Koreans have quietly resumed their usual fuckery with atomic weapons and the means to deliver them. I cannot imagine how a Biden Adminstration will change that; the examples of Saddam and Gaddafi are too powerful for the Kims to ignore. There will be no "denuclearization" in Korea.

Can there be some sort of demarche that takes the ceasefire further towards a genuine peace treaty? Again...it seems difficult to imagine a way to get around the deep well of paranoia and defensiveness that Kimism has dug north of the 38th Parallel. Perhaps the status quo is the best we can hope for.

Collision with the People's Republic of China, however, seems both more threatening and more solvable, depending on how badly the PRC wants to be the regional power in the South China Sea and how badly the U.S. wants to prevent that and how badly both sides want some sort of liveable solution.

War between the PRC and the US would be...bad. But in a sense the two powers are already in an economic and political cold war, and the Trumpian attempt to combat PRC mercantilist war with its own version stumbled on Tariff Man's misunderstanding of how tariffs actually work. The other option that might have done some good - revising U.S. tax and fiscal policies to punish global corporations for capital flight and offshoring - seem to have been a nonstarter in the New Gilded Age. Unfortunately, I can't see enthusiasm for such policies in the former Senator from Citibank.

That said, given the habits and mores of the Beijing regime, increased global power for the PRC seems undesirable for anyone outside Beijing. The U.S., however, can't really position itself as the Good Guy here unless it can develop a policy other than "Fuck you, China" and the other regional actors can be motivated to respond in concert with it.

But the actors themselves are such a disparate and rag-tag bunch, ranging from the relative stability of Australia and Japan to the whatever-the-hell-is-happening in the Philippines and Indonesia, that it seems difficult to imagine some sort of subtly-led-by-the-US alliance gently but firmly resisting PRC imperialism along the Pacific rim, and that's without the weird intraparty scuffling going on between the ROK and Japan.

In short, the west Pacific is a potential tarbaby for the U.S. and the incoming administration that I'm not sure how they either solve or disengage themselves from. To step away and let the PRC bully everyone along the Pacific rim seems fraught. But to confront the PRC seems equally, or more, fraught; I can see many ways it could go wrong, and going right will require a hell of a deft touch that the U.S. has been lacking since well before Trump.

Ending the rule of Know-Nothingism and incipient fascism - not to mention the even nuttier political nonsense like "QAnon" - is an unqualified Good Thing.

But what comes next seems, as always, full of questions and doubts...and the recent election results suggest that the United States is, still... 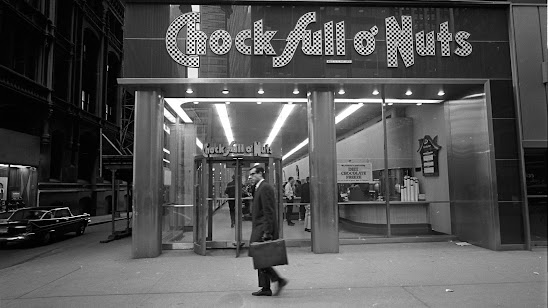 How that will play out over the next four years I dread to think.

I have no idea what to say after yesterday. Confronted between the choice of a bland corporate technocrat who would put in place the sort of commonsense public health measures that have tamped down a pandemic disease in places as far apart as Germany and South Korea, and a raging, thieving, lying dumpster fire of a bloated orange protohominid whose insane incompetence has helped kill a quarter of a million of their fellow citizens, nearly half of the U.S. public screamed "FUCK YES!!! I WANT MORE PLAGUE!!!"

I don't care how much you love your guns, or your God, or your tax cuts.

It's the fucking Plague!

Half the goddamn US public can't vote to escape the fucking 14th Century.

"This may be the year when we finally come face to face with ourselves; finally just lay back and say it—that we are really just a nation of 220 million used car salesmen with all the money we need to buy guns, and no qualms at all about killing anybody else in the world who tries to make us uncomfortable. The tragedy of all this is that George McGovern, for all his mistakes and all his imprecise talk about “new politics” and “honesty in government,” is one of the few men who’ve run for President of the United States in this century who really understands what a fantastic monument to all the best instincts of the human race this country might have been, if we could have kept it out of the hands of greedy little hustlers like Richard Nixon. McGovern made some stupid mistakes, but in context they seem almost frivolous compared to the things Richard Nixon does every day of his life, on purpose, as a matter of policy and a perfect expression of everything he stands for.

Jesus! Where will it end? How low do you have to stoop in this country to be President?”