An elastic defense was used by most notably by Hannibal at Cannae, Daniel Morgan at Cowpens, and then polished by Ludendorff late in WW-1.  Many call it ’flexible defense’ (CvC??), or ’resilient defense’.  Or sometimes it is referred to as ’defense in depth’ although dummy that I am, I do not see for sure that the latter fits perfectly.  A defense in depth can certainly be part of an elastic defense and vice versa.  But I am stumped as to how they would fit into Venn diagrams.  Zhukov at the Battle of Kursk is probably the best example of defense in depth.  Petain reportedly pushed for defense in depth up to and during the 1918 Ludendorff Spring Offensive, but could not always get his subordinate generals to go along. 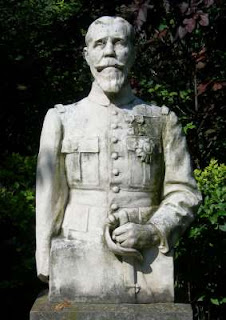 One French General who did use an elastic defense in WW-1 was Henri Gouraud, the one-armed Commanding General of the Fourth Army.

In 1918 during the 2nd Battle of the Marne the Fourth Army held a line 50 kilometers long from the Argonne Forest to Rheims.  And by-the-way in addition to French troops the Fourth Army included the 42nd Rainbow Division (whose CofS was young Colonel Douglas MacArthur), also the 369th Infantry aka the Harlem Hellfighters (formerly the 15th New York National Guard Regiment), and later the American Railroad Artillery (Naval).

Here is a quote from Col William Hayward, Commander of the 369th Infantry:

"This is what Gen. Gouraud—Pa Gouraud we called him—did: He knew the Boche artillery would at the appointed hour start firing on our front lines, believing as was natural, that they would be strongly held. So he withdrew all his forces including the old 15th, to the intermediate positions, which were at a safe distance back of the front lines. Then, at the point where he expected would be the apex of the drive he sent out two patrols, totalling sixteen men.”

Those sixteen split up and sent up rockets when the German attack started, mimicking signals from regimental size units, which the Germans were assumed to know as well.  They also set up unmanned machine guns all along the line that continued to fire automatically after being started off.  They had also placed gas canisters in all the bunkers and dugouts along the line --- and then initiated the gas flow before retreating. Meanwhile the artillery had pre-registered directly on those frontline trenches.
NOTE:  16 would not be enough for a 50-kilometer front, so I am assuming there were many such units perhaps for each regiment at the supposed apex?

"Five minutes before the Germans started their artillery preparation for the drive Gen. Gouraud started his cannon going and there was a slaughter in the German lines. Then when the German infantry crossed to our front line trenches (now entirely vacant) they were smashed up because the French guns were firing directly upon these positions, which they knew mathematically. And those of the Boche who went down in the dugouts for safety were killed by the gas which the Frenchmen had left there for them.


"This battle—the supreme German drive—raged over eighty-five kilometers (51 miles). West of Rheims the enemy broke through the line, but they did not break through anywhere in Gen. Gouraud's sector.  Stonewall Gouraud stopped them.


"That was the turning point of the war, because soon thereafter began Marshal Foch's great counter thrust, in which the 1st and 2nd American Divisions participated so wonderfully about Belleau Wood, Chateau-Thierry and that district.  Gouraud in my belief, turned the tide of the war.”


High praise in those underlined passages.

So did General Gouraud get the idea for such tactics from observing Ludendorff's empty battlefield technique?  Most probably.  But he possibly also got it from his 15 years experience in Africa where he served in the Mandingo Wars in what is now Mali and Guinea, and against Berbers, Tauregs, Hausa and other native people in Morrocco, Mali, Chad, and Mauritania.

In any case, as Wilhelm Balck is supposed to have said:  “Bullets quickly write new tactics.”  Too bad the butcher Field Marshals Sir John French 1st Earl of Ypres and Sir Douglas Haig 1st Earl Haig never understood that.  Amazing that their nation bestowed honors and earldoms on them for their murderous incompetence.

In place officially* since at least 1980, this policy has wreaked havoc and caused a deleterious effect on leadership.  Many officers became strictly risk averse, worried that any mistake no matter how small would end their career.

Or as g2mil.com put it: <i>"The current system is like the game of musical chairs in which large numbers of officers are forced out every few years as fellow officers shove them aside.  This produces a paranoid officer corps skilled at avoiding blame and evading problems as they focus their attention on the limited number chairs for when the music stops and selection board convenes."</i>


And that I believe is why we have ended up lately with some poor performing generals and admirals.

* note: Official policy in 1980 when the DOPMA (Defense Officer Personnel Management Act) standardized it.  But the practice was used during the late 70s before that by some commands.  And it was in use for both officers and enlisted.

FDChief has another well-researched post over at his Fire Direction Center blog. 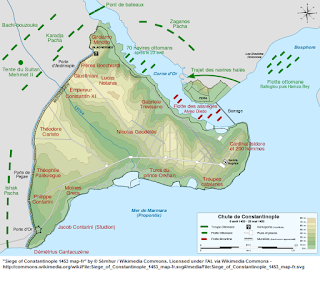 Give it a look.  As usual Chief uses due diligence in examining historical accounts.  He also tells the story in his own inimitable style. Link is below: 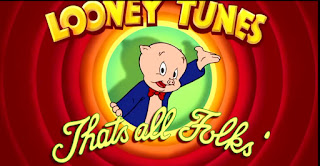 The blundering history of the human race
is always given coherence by power elites
and their courtiers in the press and academia
who endow it with a meaning and coherence it lacks.
They need to manufacture national myths
to hide the greed, violence and stupidity
that characterize the march of most human societies.
--Our Mania for Hope is a Curse,
Chris Hedges

I shouted out,
"Who killed the Kennedy's?"
When after all
It was you and me
--Sympathy for the Devil,
The Rolling Stones

The people who burned witches at the stake
never for one moment thought of their act as violence;
rather they thought of it as an act
of divinely mandated righteousness.
The same can be said of most of the violence
humans have ever committed
--Violence Unveiled, Gil Bailie
_____________________

For the Ralph Peter's crowd, the Phony War on Terror (PWOT ©) is a legitimate given, not to be questioned or deconstructed. As he said with the manly swagger of the armchair FOX warrior in a recent NY Post piece, "Sorry folks, but that's war (it's not dainty)." His view complements that of people like Mr. Rumsfeld who saw democracy in the rubble (war smells like democracy in the morning?)

But the United State's actions in Afghanistan and Iraq defy the logic of war. The actions of ISIS in the region make more military and political sense than anything exhibited by U.S. policy to date.

The purpose of war is to achieve a peace. The PWOT © has not in any instance led to peace. Military violence -- whether theirs or ours -- is not war, but simply violence unrestrained, unjustified and lacking an achievable strategic military goal. This violence is merely criminal activity.

The media shovels us the "Good News" when the Iraqi forces (or some semblance of them) "regain territory previously held by ISIS," as though the conflict was about terrain. What it is about is a millennial struggle within Islam for hegemony of the combatants, the different stripes of Islam.

The violence in Iraq and Afghanistan is not about terrain or body counts [though body counts are de rigueur again, thank you Mr. McNamara.] It is about which side is the true and divine representatives of their god here on earth.

That is pretty simple and, if true, U.S. participation in the rodeo violates our core belief in separation of church and state for as members of Western society we are not supposed to kill for religious reasons. That behavior is so Middle and Dark Ages.

So why is the U.S. funding and conducting military violence to support sectarian violence?

If we fail to confront this basic reality, we are doomed to live our military and political lives as if they were violent video games, which is but a poor simulacrum of real life.