Recently deceased South African activist Nelson Mandela was revered by many as a person who shifted a society away from apartheid, a repressive policy of racial separation. Mandela spent 27 years in prison based upon the fact that he founded, supervised and led the guerrilla wing of the African National Congress (ANC) movement, Umkhonto we Sizwe (abbreviated "MK"), translated as "Spear of the Nation".

Mandela was given a life sentence for his direct involvement in bombing campaigns, among other forms of terror and violence. The Mandela that emerged to be lionized by the West was this former Communist who grew capitalist spots.

Mandela was a bomber, a favored activity of terrorists and militants as it is cheap and effective, creating terror due to its spectacularly violent, random and indiscriminate nature. Onto the kindly-looking elder statesman Mandela it is easy to project the myth of the long-suffering inmate, but this image belies the other Mandela.

Here's another view of the man and his legacy:

If there is anything that the world ought to mourn, not only today, but every day, it is a horrifying reality in which a South African woman is more likely to be raped than to learn to read, a quarter of the men admit to having raped and men with AIDS believe that they can find a cure by raping a baby.

For Western liberals, Mandela’s death provides them with permission to stop caring about South Africa. Having reduced South Africa to Mandela, his death permanently removes its existence from their minds. They may show up to the theater if Denzel Washington or Jamie Foxx decide to play Nelson Mandela. Otherwise they will comfortably banish the entire country to the dusty attic of forgotten history.

Meanwhile one child is raped every three minutes and three children are murdered every day (South Africa in the Shadows).


Our relationship with terrorists is ambivalent. While we choose not to negotiate with them, we do accept them as world leaders. Why were they bad then, and good now? Are there good terrorists and bad ones, and where is the dividing line?

Are we willing to see someone like Khalid Sheikh Mohammed (KSM) as a freedom fighter, versus a terrorist? For surely as god made little green apples, he is that to his acolytes.

When terrorists used airplanes as bombs and attacked the World Trade Center, the U.S. began 12 years of continuous warfare resulting in an unknown number of casualties. History has shown that Mandela was an existential threat to the continued existence of South Africa, while the al Qaeda threat to America was a pinprick, in comparison. Yet which nation reacted in a more tempered manner to its threat?

The United States sentenced Oklahoma City bomber Timothy McVeigh to death and terminated him for roughly the same type of activity for which Mandela served 27 years. PVT Manning has been delivered a 35-year sentence, eight years more than Mandela received.

Was Manning's threat to the existence of the U.S. as significant and effective as that of Mandela's to S.A.?

In Ranger's opinion, Manning was railroaded in comparison to Mandela, who received a fair trial. So how do Americans justify calling Mandela a "symbol of Freedom" while throwing Manning into a black hole for 35 years?

Did Manning receive a fair trial, or has our justice system been subverted by trumped-up security concerns posing as justice? The 35-year sentence (which was noted as being "light") is Kafkaesque, while the whitewashing of Mandela as Ghandi-esque freedom fighter is like something out of a DC Comic story line.

Mandela's conviction was proportional to his crimes, while Manning's was not, and it was the result of a punitive show trial. Manning will never be a hero of mythic status. If a society is known by its enemies, we chose a poor example with Manning.

Further, how did Mandela, Sadat, Begin, Gerry Adams and before them, myriad Nazis transform themselves by entering the historical dry cleaners, emerging as clean world leaders? Where and when is the pivot point at which terrorists become no longer terrorists? Or is it that our memory is short, or that we no longer care?

When U.S. national leaders praise a futile Phony War on Terror (PWOT ©) while concomitantly praising a terrorist like Mandela, perhaps it is time to reevaluate our policies and practices vis a vis terrorism. 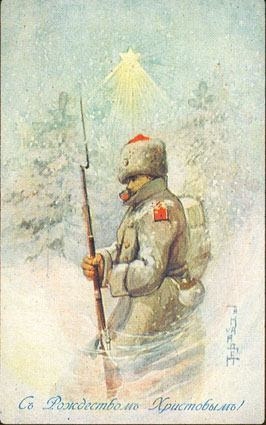 Καλά Χριστούγεννα to Al.   (My mother were she alive would scold me for being 12 days too early.  Or am I thinking of Greek Easter?)  Fröhliche Weihnachten to SO.  Joyeux Noël to fastEddie.  Happy Holidays to all you Limbaugh and O'Reilly fans.
Posted by mike at 2:43 PM 4 comments:

Apparently, the Cadets of the USAF Academy, at least in the eyes of the Air Force's Office of Special Investigations, engage in sufficient inappropriate, if not criminal activity to warrant the use of "confidential informants" within the Corps of Cadets.

Now, that raises a raft of questions in my mind. Among (but not all) the reasons I might see for this practice being necessary are:

The Cadet Honor Code is a farce, as honoring the Code would preclude the need for CIs.

Inappropriate and/or criminal behavior is so rampant the Cadets must be under constant covert surveillance.

The entire moral compass of the USAFA (USAF?) is severely screwed up.  (Here, I would mention the numerous documented cases of religious "oppression" and/or discrimination by leaders at the Academy)

Both my daughters are Alumi of New York Military Academy.  NYMA subscribed to the same Honor Code as nearby West Point (and the USAFA).  They taught that the Honor Code was both an individual and collective responsibility.  They were counseled that it was a Cadet's  responsibility to guide their fellow Cadet away from unacceptable behavior, before the fact, if possible, not just report it.  As my older daughter (who was not, in any way, a Goodie Two Shoes) put it, "It's not about being a 'narc', Dad, but keeping each other on the right path."  The girl's TAC Officer, a former Woman Marine, had a sign in the girl's "barracks" (dorm) that read something like, "It isn't getting caught that is a violation of regs.  It is your actions that violate the regs."  While the TACs were understanding and aware of minor transgressions, and sometimes allowed them under a discrete and watchful eye to give the Cadets a feeling of "stretching their wings", general discipline was well enforced, yet never oppressive.   To this day, my daughters express the value of their years at NYMA in helping form their moral compass, with one often joking, "You did a good job, Dad, but getting a second opinion on the same wavelength carries a lot of weight with a kid.".  The elder of the two openly expresses how her "NYMA Experience" helped her raise her two sons.  NYMA employed no equivalent techniques such as "CIs".  It was the combined efforts of the Academy Staff and Cadets that got the job done.

If it works with high school aged kids, what is missing at Colorado Springs that requires such draconian and secretive measures?