The news from Arbil, Helsinki, and Dohuk

Sami Abdulrahman was killed by a suicide bomber ten years ago.  He was one of 56 who died that day in Arbil when al-Qaeda in Iraq pulled off twin bombings at the offices of both major Kurdish political parties, the KDP and PUK .  All his life Sami worked for Kurdish unity and his efforts were one of the main factors in the rapprochement of the KDP and PUK.  There is a park named after him in Arbil directly across from the Kurdish Parliament building.

His daughter, Bayan Sami Abdul Rahman, has just been appointed KRG Ambassador er make that Representative to the United States.

John McClain, who has always fancied himself something of a ladies man is going to go full court press on trying to charm this lady. But I suspect that John is going to end up as the enchanted one rather than the enchanter.   She will have to work both sides of the aisle though if she wants to help out the Kurdish cause.  This post BTW has been vacant for two years due to internal conflict between the two major parties. About time they agreed on the person to fill it.

Speaking of enchantresses, Kurdo-Finn pop star Helly Luv is doing a USO type tour for the Peshmerga.   More pics here.  She is probably driving the ISIL Sharia Court jurists crazy with worry that some of their headchoppers are secretly watching her pop numbers on youtube.  And yes, I understand her tour in Kurdistan with the Pesh is probably a big career builder for her back home.  But then the same could be said for Bob Hope and Ann-Margaret.

And speaking of rapprochement, the three autonomous and separated Kurdish Cantons in Syria (Afrin or Efrin in the NW, Cizire in the far NE, and Kobane in between) may finally be getting an agreement among themselves.

Representatives of the Kurdish National Council in Syria (KNCS) and the People’s Council of Western Kurdistan (aka the PYD) started meeting last week in the city of Duhok in Iraqi Kurdistan.  Reportedly they have agreed on a joint council (40%KNCS, 40% PYD, 20% smaller parties) and a joint military force.  Not sure how that will work out.  Afrin, the westernmost Canton is just NW of Aleppo.  They need to have a separate policy in order to survive so close to Assad.
Posted by mike at 9:37 PM 2 comments:

This is wicked off-topic for this site. But this is also a busier site than my personal blog and I thought I'd get more input here, so if you're looking for our usual content just disregard.

Anyway, I was helping the Boy with his homework last night and it got me thinking. 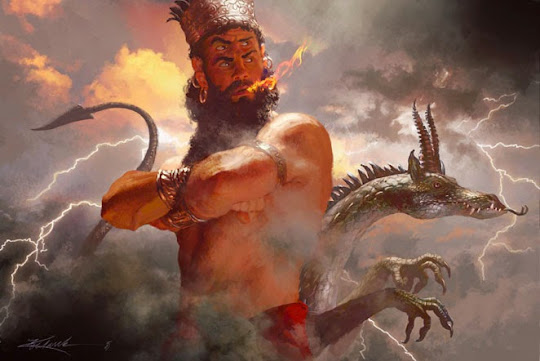 His sixth-grade class is studying ancient Mesopotamia, and the question for discussion last night was "learn about monotheism and polytheism and their effects on society" in the context of the early irrigation civilizations of the Tigris and Euphrates valleys. The "book solution" was that a) the early Sumerians and Akkadians had a pantsload of gods that b) affected every aspect of their civilization, from architecture to social organization.

The kids' textbook didn't continue, but being who I am I had to follow the trail a little further. What I found based on a cursory look over the Internet was that c) the actual documentary evidence for early Mesopotamian religions is pretty skimpy - most of what we "know" is inferred from fairly fragmentary sources - and d) what consensus there is suggests that the "Sumerian" civilizations were solidly polytheistic - that is, that the peoples of the earlier inhabitants of the region centered around Sumer had a God of Bunions and another god for wheat and another for oral sex or whatever and they were all pretty much equals - but that as the "Akkadians" took over (that is, Babylon became the Big Ziggurat) a handful of the "bigger" deities tended to become, well, bigger. The various secondary sources seem uncertain as to how much this actually approached "monotheism" but agree that the result was somewhat different in both form and function from the earlier godly free-for-all.

The implication in the Boys' text was that this change in religion caused a change in society; gods first, people after.

But being the godless heathen I am I wonder; wouldn't it make just as much sense the other way around? If gods are - as I suspect they are - more a reflection of the people who imagine them why shouldn't the changes in civilizations result in a change in gods? 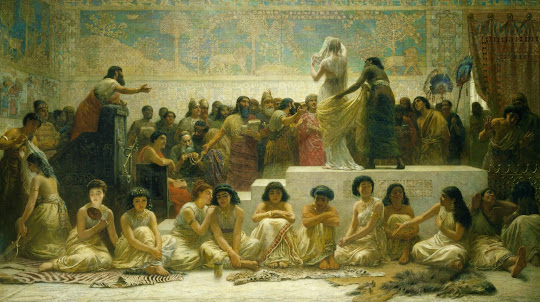 My brief understanding of the difference between the "Sumerian" and "Babylonian" (or "Akkadian") civilizations is that the latter was more centralized, and that the Akkadian rulers were more god-like god-kings than the earlier Sumerian versions; that Sumer was a bunch of city-states and that Babylon was Babylon and a bunch of tributary cities.

So why wouldn't it make sense for someone who looked at his or her society and saw that kind of heirarchy all around imagine the heavens as similarly organized? If your little city is just one among many it'd make sense that your city's gods were, too. If your city was the Big Pomegranate why shouldn't your god be the boss of the other cities' gods?

Makes sense to me, anyway, but I know from Mesopotamia what I know about Croatian poetry. Well, other than the Great Whore of Babylon because...well, because. It took everything I had in me not to sing the Boy the Crocodile Hotel Blues. I'm a Bad Dad that way. 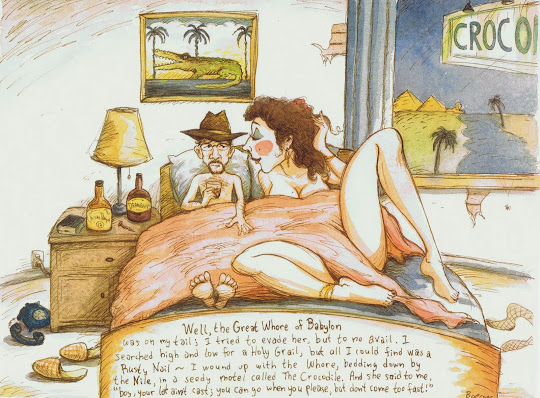 Anyone with a bigger brain and more knowledge have ideas on the subject?
Posted by FDChief at 10:41 AM 20 comments: