The recent failure of the U.S. governing class to understand that the immediate (i.e. next decade's) problems are not those of debts and deficits but of jobs and joblessness make the recent news from London something of a nasty reminder of what happens when a substantial portion of your working-age population ends up jobless for long periods of time. 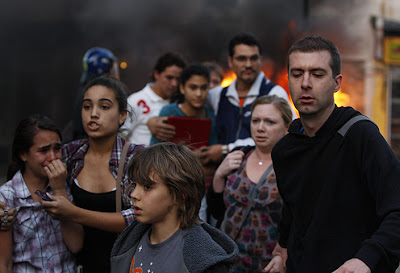 I think we need to remember that we are not Japan. Young American men (and women) without a job are not going to behave well for long. Why bother? What is there to lose? In the U.S. you ARE your job. And if you have no job, how much do you have? Freedom? You have the freedom to lay about, eat junk food, and do squat. As much as that might have appealed to me at age 14 for about three weeks, spending the bulk of my twenties or thirties...or fifties...doing that? 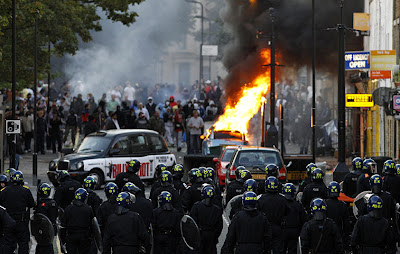 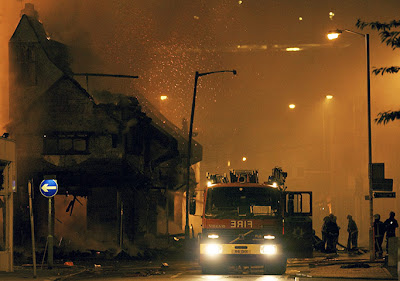 There's a reason that that crafty old patrician FDR and his New Deal pals didn't just push through stuff like Social Security and unemployment insurance but created a bunch of make-work agencies; things like the CCC and WPA and the big government construction projects were a smart reaction from people who were watching what the Soviets and Italian Fascists were doing with their young people - stuffing them into armies and "labor corps" and other make-work jobs. Things like the Bonneville Dam and the CCC kept idle hands from becoming devils' playgrounds...and idle brains from getting stuffed with fascist or communist ideas. Those New Deal guys knew that having a bunch of working - i.e. military - age guys just hanging around with nothing to do was a hell of a good way to start trouble.

I'm not sure if we need a new CCC. But I'm hella sure that we don't need a bunch of stuffed hairbags in DC gassing on about the Terror of Deficits when 10% and probably more of the U.S. public is out of work and stands to be for a long, long time, at this rate.

Because despite what they tell you on TV; were not that much smarter, or better behaved, than we were in 1932. And now, as then, as the London Council is finding out...if we don't figure out how to get those guys back to work or find something for them to do, they'll find it themselves, and the rest of us might not like it. 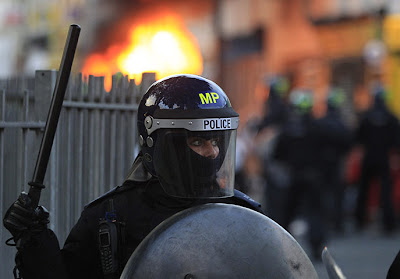 "I'm out of work and on the dole,
You can stuff the red flag up your hole."
Posted by FDChief at 6:05 PM