Backside to the Future

(Being A Mere Diversion, And a Personal Rumination on The State of the Nation and the Upcoming Election Year)

With the ludicrous Ames Iowa "straw poll" it appears that the 2012 campaign season has officially begin...15 months before the actual election. 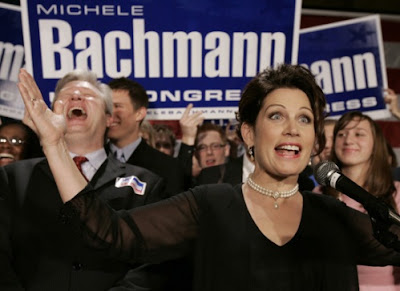 I can't begin to express how this irritates me.

Glenn Greenwald explains better than I can how the combination of endless "election" coverage combined with the rapacious cable news 24/7/365 cycle hammered down into the simpleminded "tell the masses what they want not what they need" paradigm of the corporate news (and, of course, sprinkled with some commercial gottasellsomeads! pixie dust) goes in one end and emerges a Möbius band of idiocy that ties misinformation into disinformation with plain, good old fatuousness for a sort of fractal stupidity; refracted infinitely to where any hope of extracting simple, sane understanding of the people and their ideas has vanished.

But at least on one hand the tale told by one of the idiots - while set about with sound and fury signifying nothing (that is, the usual folderol involving gays, guns, and God - fodder for the gossip columns and the prayer breakfasts but nothing more than a magnetic sticker on the bumper of the People Who Matter in our electoral "process") - is simple enough.

No new taxes. In fact, no taxes at all, or as close as possible.

Freedom for the Job Creators! Deregulate everything regulatable!

Plus some other truly crazy shit; abolishing the Fed, returning to the gold standard, protection for precious rapist-babies...but you know the drill - that's just to give the loonies a shiny pretty to play with.

Here's the thing; this is nothing new. Nothing. We've already been there, done that, and got the crinoline and the Arrow t-shirt.

Low taxes? Freedom for the magnates? Utter deregulation and a complete lack of federal anything? 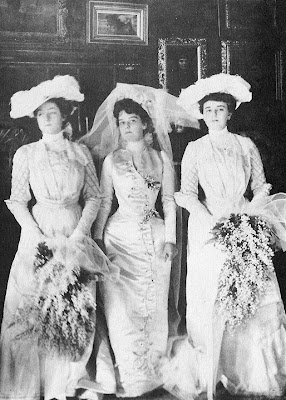 And, if I have to be scrupulously honest, if I was in Forbes 400, if I was one of the rich and the powerful...why not? 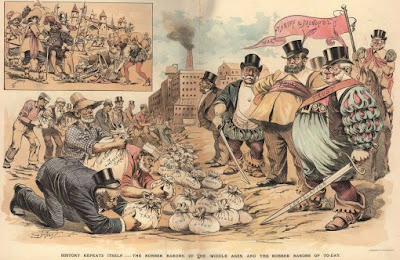 Hell, the pre-Depression United States was a paradise for a rich man (woman? enh...not quite so much). Mansions? Servants? Senators appointed at your whim? Entire federal administrations in your pocket? Ask the Doles how that Hawaii thing worked out for them, the Rockefellers how the Standard Oil gig payed off before those meddlesome Progressive trustbusters elbowed in. 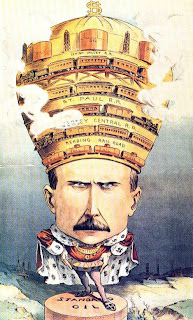 And let me be honest about this, too; the United States works perfectly well as an open oligarchy. It did from about 1870 to 1930, and don't kid yourself; some pigs are still more equal than others and always have been. Tell me that you get the same meal ticket emerging from the Oregon Episcopal School versus Jefferson High School here in Portland.

But I'm not here to argue equality of outcomes.

I'm here to talk about next year.

It's becoming painfully clear that the GOP is going to nominate someone whose positions on things like federal regulations and spending are closer to those of John D. Rockefeller than his grandson. And if they win - and the continuing Great Recession makes such a win highly plausible - they will do their very best to return this country to the Gilded Age they by their words and deeds so seem to yearn for.

I consider this a very Bad Thing, largely because me and mine are unlikely to be among those included in the Four Hundred. We will not be robber barons; more likely we will be among the robbed. Mojo and I had a lovely saunter about our graceful Pittock Mansion this sunny Sunday, and I observed that had we been alive then our only glimpse of the beautiful appointments and spectacular vistas would have been as we carried the dirty linen down the stairs or brought master his cigars. 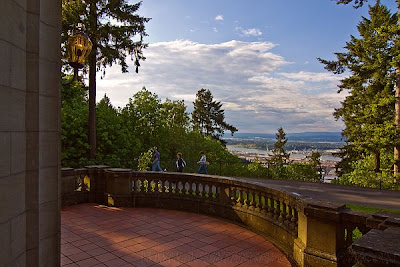 But I have to accept that it would not necessarily be a Bad Thing for the nation. More nations have thrived and grown in wealth and power as oligarchies than as democracies, simply because of the late arrival of popular democracy on the historical scene. The nation as a nation might do quite well.

And it is unlikely that even the most teabaggiest Republican government would be able to go full public-be-damned on us. The welfare state is deeply ingrained in U.S. society, and there would come a point where even the most Galtian overlord would draw back from reintroducing a world of match girls and breaker boys even if it helped bring back the Gibson Girl and the Arrow Shirt guy.

Make no mistake; "reforming" the entitlement systems now in place mean simply throwing people out of them. Some of those people will find ways to live without their dole money; the American people had all sorts of ways of coping with poor, sick, old parents and injured relatives before 1933 and they can reinvent those ways again. Families will return to the multigenerational homes of the past, where retired grandma cares for the grandkids while mom and dad work, in return for food and a bed. There are ways, there are ways. 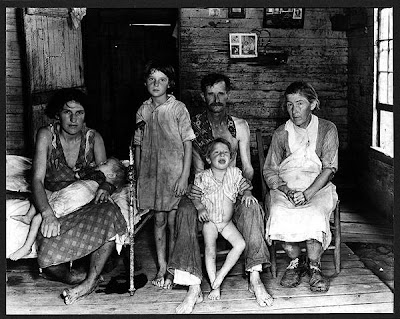 Two things have changed enormously since the last time we tried to live this way, assuming that the GOP experiment goes forward. And I'm not sure whether they've really thought this out.

First, in 1911 the U.S. was a burgeoning industrial power; work was there - not always good work, often dirty, hard, low-paying, dangerous work - but it was there. And it was work that needed people; vastly manual, even when skilled. The factories of the Gilded Age needed lots of poor people to work them. 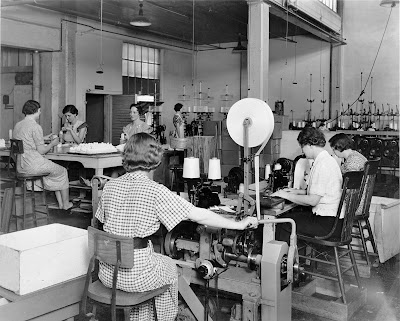 Second, there was still a hell of a lot of "open" land, and "open" places, for people to go to try and start again. The frontier only officially closed in 1890, and even in the Fifties there were lots of places that were still booming and enjoyed a boomtown's need for people. 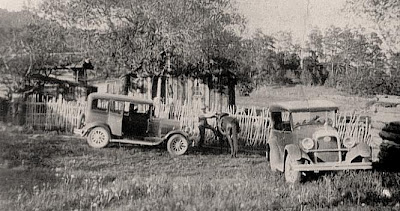 And both of of those "safety valves" are gone.

If the Great Recession and the thirty years of deregulation, outsourcing, offshoring, downsizing, and deunionization have proved anything to the people Who Matter in business and politics, it's that Henry Ford's old paradigm - pay the workers better so they will buy more stuff - has been broken. The "old economy" here in the U.S. - the economy that depended on American working people working to make stuff that other American working people bought - is tanking, HAS tanked, and I don't think anyone knows how to put all those people back to work in any sort of work that pays a living wage. 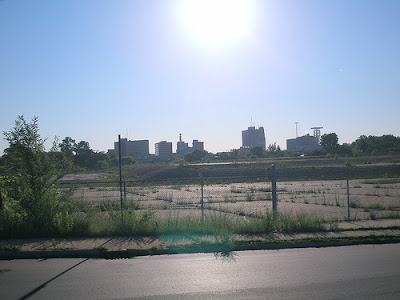 And there's nowhere to "go". The frontier really IS closed, and there's no hope for people to take up forty acres and try and make a go of it. Oh, sure, you can try an start-up a little company, make cute glass cups or design webpages or invent a new application for a cell phone...but working for yourself is a backbreaking task, and especially in the corporatist U.S. of 2011 there are so many ways that a bigger, more powerful competitor can dry-gulch you. My wife is a "contractor" and I've seen the sausage-making up close. They're right - it's not pretty. And it's not going to get you into the parlor at Pittock Mansion, either.

So assuming that the Gilded Age Project largely succeeds, we can assume that it will result in a fairly large group - larger than we have dealt with in living history - of relatively permanently unemployed or under-employed people, people who not only don't have work but for whom the IS no work, no work that can't and won't be done by someone in Bangladesh or Uruguay for a fraction of what that American would need to make to live even at poverty levels in this country. That among this group will be many old, sick, and old sick people. And that if there IS a way out of that throwback to the future it is something that not only is unapparent to us now, but even potential precursors are not apparent.

The old economy is failing. The new economy - whatever that may be - has not yet emerged, if it ever will emerge in any form that will help those knocked down by the fall of the old economy to their feet again.

And one major political group in U.S. politics believes that the best response to this is to return as closely to the conditions of 1889 as possible.

I'm not sure what is in store for me, for my family, for you and yours. But I suspect that even if we don't end up turning back down the road towards the past we're in for some hard years ahead.

If the U.S. Army taught me one thing, I learned how to mop a fucking floor. 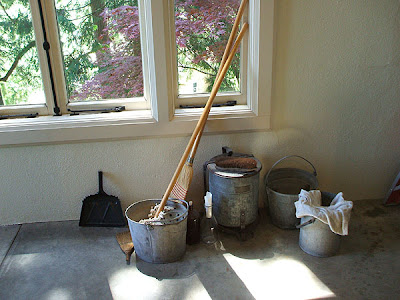 Hopefully when I get laid off I won't be too old to get a job cleaning up at the Big House.
Posted by FDChief at 7:45 PM