'Cause the Bible Tells Me So

One thing my rock-ribbed agnosticism has always helped me with is soldiering.

Knowing that I don't have to agonize over how an omniscient, omnipotent, loving Father God can sit on his holy ass in the sky whilst humans inflict all sorts of horrors on each other has made doing whatever fucked-up military thing I was told to turn my hand to so much simpler.

But I did get a certain amount of unholy (as it were) amusement out of watching my Christian comrades try and work through the notion that the Christ that called them to love one another as he had loved them - and died for them - could also ask them to rip apart tiny children and helpless civilians as part of their mission. 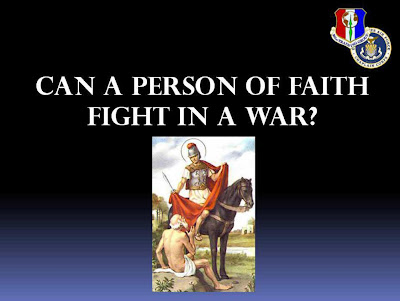 And - just my opinion, mind you - "nuclear war" has always seemed like the LEAST defensible of the "just war" notions. There's not really any sort of "defense" argument there, is there? Seeing as how you're either cold-bloodedly first-striking a helpless population, or, with missiles already inbound and your own civilization doomed, merely scourging that helpless population in a vengeful reflex, a reptile tail-whip of dying fury.

So I got a cynical chuckle our of Chaplain (Capt) Soh's little Powerpoint for missile officers that lead (naturally) to the conclusion that a good Chrstian CAN, indeed, incinerate millions of innocents and still go to church - whatever's left of it - the next day with the stainless heart of a child.

How about just accepting that warfare in ALL its aspects is the Devil's Work and, like most things we do in our lives, there are times when the Devil sings loud and sweet, and we gleefully jump up and dance antic hay on the ruins of others' lives... 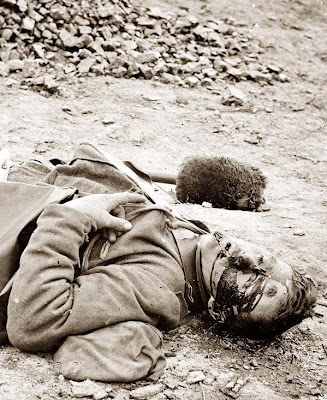