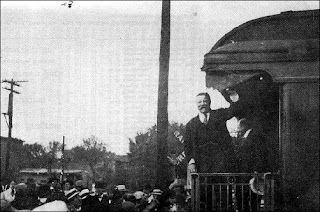 Zenpundit has been kind enough to allow me to guest blog on his site. My post deals with zen's military theory concept of the superempowered individual which contrary to him I do not see as a potentially new "form of warfare", but rather a possible weapon in this age of ambiguous political purpose.

Let us hope that such a thing never leaves the realm of theory and remains simply theoretical.

Why this particular picture? Because the big idea behind all the crap we see today is the vaunted image of the individual triumphant over the "state", or "government", but actually the community. That's what it's all about, it's everybody out for themselves and grab what ya can. What they don't tell ya is that the "individuals" who count are all corporations, the real individuals with power. But then power, and the constant gross abuses of it, is something we choose to ignore.