I cannot express how depressing the "debt ceiling" deal is. 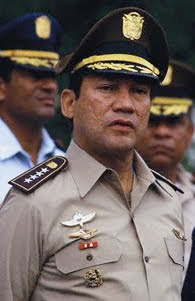 Not because of the substance.

We knew the wingnuts were going to kill the hostage. We knew that Obama would cave rather than let his financial interest cronies take a bath when Standard & Poors downgraded U.S. bonds. We pretty much knew how this was going to play out because we've watched Obama and the Teatards play this game for the past couple of years. The Nobel-Prize-Winner-In-Chief would make some good speeches, there would be some posturing and scuffling, like third-graders in a playground, and then the GOP would man up and Obama would roll on his back like a Gresham hootchie mama with six mojitos in her in a waterfront bar on Fleet Week.

No, the depressing part is that process has exposed us as the banana republic we are.

"Banana republic" is defined in Wiki as "...a pejorative term that refers to a politically unstable country dependent upon limited primary productions (e.g. bananas), and ruled by a small, self-elected, wealthy, corrupt politico-economic plutocracy or oligarchy"

Accepting that we at least are not yet dependent on bananas - although video entertainment may be the New Yellow - but the rest seems to fit us pretty well. The bulk of the nation doesn't want the "shared sacrifice" to be shared between those making $7,000 a year and those making $70,000. The majority of U.S. citizens doesn't want to face an uncertain future without reliable food inspections, safe bridges, clean air and water, and some hope of dying outside of poverty and desperation.

But the GOP minority and the oligarchs who love them would accept all that and more rather than accept taxes on those oligarchs. And, to echo the Rude Pundit, the thing I keep coming back to is that through all this the wars continue. That we prefer war to roads and health care and education here is unfathomably depressing.

Well, I give up. It appears that the U.S. is going to get the squalid little dictatorship of the conservatives it seems to either want, or not care about. So I'm going to open my campaign for the GOP in 2012 with the slogan "Vote Republican; Let's Just Get It The Fuck Over With". Let's elect all these batshit fuckers and open the cage doors and let them rampage amongst the populace, flinging their teabag monkey shit, hooting and leaping, tearing down the remnants of the New Deal.

A New Deal, let's not forget, that wasn't built from a cloud of eleemosynary fluffiness of FDR but from that cold-hearted old patrician's savage political calculation that his own class had to pay up in order to prevent a destitute and despairing U.S. public from making the choice that the Russian people had in 1917, the Italian in 1922, and the Spanish and German people would in years to come; the choice between the freedom to starve and want and be forced to fight, and the peace-work-and-bread slavery of fascism or communism.

Well, all right, let's have it, then.

Perhaps when enough people have watched their parents sink into destitution, when we have returned to Gilded Age levels of inequality, to Hoovervilles and bread lines, when the gated communities of the few stand like proud beacons above the decaying suburbs of the many...perhaps then the two-thirds of those in this country who describe themselves as "conservative" or "moderate" will see what their moderation and conservatism has brought them. 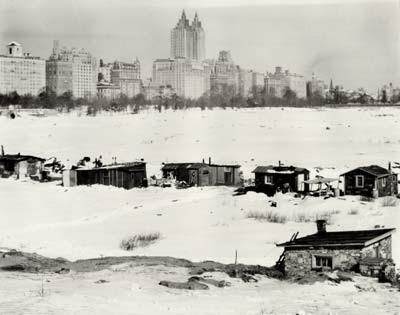 I only hope that I am long dead by then.

(Cross-posted to GFT)
Posted by FDChief at 6:16 PM