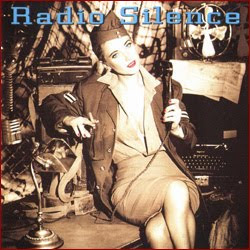 Things seem pretty quiet around here. Nothing new for a couple of weeks? I know that it's the height of summer and we're all lazing about waiting for the fireworks to start...but there have got to be a couple of potential posts out there waiting to be written.

Any of the bar staff got a chip on their shoulder they need to talk about? Summertime blues? Odds and sods? Crazy ideas? Out-there military notions for 21st Century war? (I was thinking about this just the other day when I heard something out of D.C. about DoD budget cuts...why do we still have an entire airborne division? What is the likelihood of ever seeing a Normandy-style division-size combat jump, given the proliferation of handheld SAMs and the dearth of Wehrmacht-style conventional militaries that would force a division-size vertical envelopment? Wouldn't it make more sense to have an airborne brigade in an airlanding division? At the very least, it would allow the cost savings of removing the airborne status of divisional assets like the 82nd DISCOM and XVIII Corps elements that currently need to be airborne-qualified, not to mention the airdrop capability of the USAF MAC needed to drop an entire division. I'm not saying "Let's turn the entire 82nd into a leg infantry division"...but I'm saying "Have we put any thought into whether or not we still NEED a fully-airborne-qualified division and the additional costs"? Small beans, Defense-budget-speaking, but still, every grain of rice...) 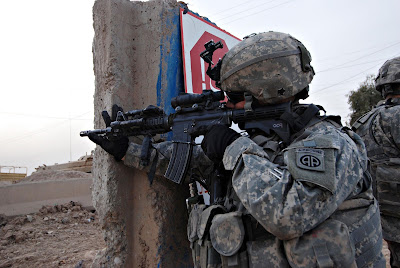 Just so it's not anything about the damn debt ceiling nonsense. That entire business is so emblematic of the third-grade-recess level that our national politics has become as to make any sane citizen physically ill.

But otherwise? How about some new ideas, folks?
Posted by FDChief at 11:14 AM