I find this depressing to a degree:

Defense Secretary Leon Panetta on Monday appeared to justify the U.S. invasion of Iraq as part of the war against al-Qaeda, an argument controversially made by the Bush administration but refuted by President Obama and many Democrats. Panetta made his remarks during his his inaugural visit to Iraq as Pentagon chief. “The reason you guys are here is because on 9/11 the United States got attacked,” Panetta told the troops. “And 3,000 Americans — 3,000 not just Americans, 3,000 human beings, innocent human beings — got killed because of al-Qaeda. And we’ve been fighting as a result of that.”

I suppose you could make the case that the reason that "you guys are here" is because the Bush/Cheney Gang thought that 9/11 made a dandy excuse to do a little foreign adventuring.

But can we just stop fucking repeating this goddamn canard? 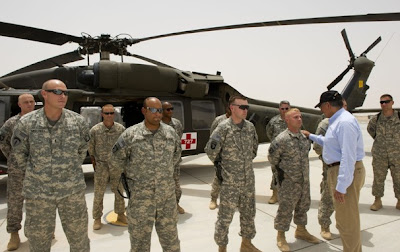 We went into Iraq because we wanted - or at least a group of people who were at the controls of the U.S. government at the time wanted - to go into Iraq. No, there were no "weapons of mass destruction". No, there was no "Saddam-Osama Connection". We invaded for the same reason that Germany invaded France in 1870, that Japan attacked Pearl Harbor in 1941, that every invader has invaded since Cain whacked Abel out in the tules; because the Other had something we wanted (or something we didn't like) and we had the military power to do something about that.

This goddamn lie just doesn't seem to want to lie down and die and certainly it is important for the national-greatness/PNAC wing of the GOP that it doesn't. But Panetta is supposed to be Obama's man. And Obama was elected - to the degree that anyone voted for him who had qualms about the man himself - because he was supposed to represent the antithesis of the idiots who rammed our national dick into the Middle Eastern meatgrinder because Osama was holding the handle and taunting us; "Hee hee, betcha you Yankees are too pussy to come and stick it to me!" For his new SecDef to be repeating this damn lie...well...damn.

The thing is - I accept that there is a case to be made for invading Iraq and elsewhere in the world to... (fill in the blank here; try and end the cycle of fucked-up despotism that is endemic to that sorry region, exert U.S. power, protect Israel, secure strategic resources such as petroleum or the passage of transportation chokepoints such as Suez or the Sunda Strait).

I disagree with the logic used to make that case; I think it's weak and foolish and based on an entire series of misconceptions, outright delusions and magical thinking. But there's at least an arguable case to be made for the notion.

And worse - horseshit that we now KNOW is horseshit, was designed as horseshit to avoid having to argue the harder case above, and to hear the supposed partisan of an Administration that sold itself to the U.S. public as accepting that the "9/11 = invasion of Iraq" rhetoric WAS horseshit is just goddamn depressing and another reminder that regardless of who rules in Washington the Washington Rules rule them all. 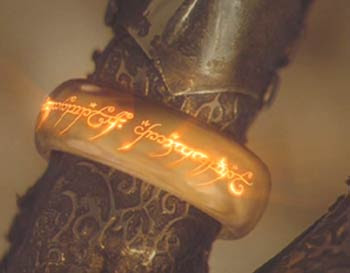