I usually regret going to church on the July 4th weekend because of the nonsense of historically ignorant Christians who think that America was founded on "Christians" and "Christian principles."
What they don't want to hear is actually was American founded on, and still pursues lo these many centuries later.

So, with a profound sense of exhaustion, I present a mathematical equation...perhaps, this will astound some, offend a lot, and bemuse those who wished this could be plastered on highway signs across the nation ala Harold Camping and his circus of doomsday cultists. 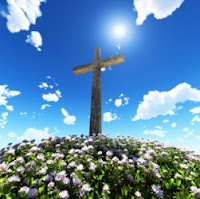 does not equal this 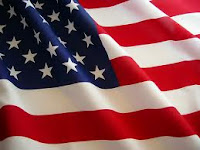 I think it's inappropriate to say the pledge of Allegiance in Church, I think it's highly inappropriate to equate America with Christianity by the use of co-equivalency measure of "Freedom" being indicative of sameness. And it is outright self-deception to revise history in a manner that is blatantly dissembling with what really is our national history.

No matter how you try, no matter how much you revise, restate, or outright dissemble the United States of America was never founded as a Christian nation.period.end.of.discussion.
Posted by sheerahkahn at 7:47 PM