An American Apology to Norway . . . sorry about that. 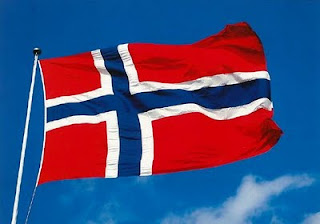 I would like to address this post to all Norwegians and the supporters of Norway. I only speak for myself and do this in the humility of a single person addressing a great nation, something that the WWW both fortunately and unfortunately provides.

Let me first say that I wish to convey my own condolences to all the families of the victims of this possibly avoidable massacre. What happened is difficult to understand, but perhaps Americans can say something at this point and perhaps create the potential for a real turnaround in world politics. Something that would give these tragically fallen and brutally removed from their families young people, these sons and daughters who were so greatly loved by their families . . . Perhaps the very spirit which brought them all together may carry on.

That spoken from a US small-town Southern conservative. I could tell ya'll how much I admire your country if only for the way you've dealt with your own mineral wealth . . . that would be enough without getting into anything else.

Instead I wish to tell a family story . . . Upon hearing the news of the terrorism in Norway, I had that old memory of having cookies and milk in Grandma Back's house. She was Norwegian, ya know and of the kindliest manner. Her smile and the way she used to extend words . . . was it an accent ya think?

She was the mother of the man who had married my mother's closest sister, my favorite uncle who had come back from WWII a war hero (had won a Silver Star). I would always sit in the same chair, as would she in hers, and the cookies were also always the same, and I liked that. There was a window overlooking the garden and I could see my uncle and aunt's house from it. Grandma Back would always smile at me and ask me basic questions. How was my week, what had I done, and such that a grandparent asks her child. Only later did I realize how she had lived through great tragedy, that noble woman, losing a husband, a son, and a grandson under terrible circumstances. Still, as a child I remember those Sunday mornings, with the milk and cookies. Above us hung the picture of another son, her youngest - the son who had fallen with the 101st at Normandy on June 6, 1944.

Then we would all go to Mass.

I guess the simple fact is that the recent act of terrorism in your country, Norway, touched upon a tragedy in my family, that I had forgotten, but had in fact "witnessed" at 18 months . . . that is I was actually there as a baby in all the chaos, and heard countless stories about afterwards over the years as I grew up, about a semi-truck hitting a tractor with two people on it as the truck left the highway, the driver having fallen asleep at the wheel . . . a senseless tragedy that left an indelible mark on my family.

You see, they were all there, they all got to see and witness the whole thing. My grandmother was never the same after that, and my mother, the medical professional who was first on the scene? My father too, although he had not been there, would comment on it.

My cousin as well, who I was also the closest to of any of my cousins . . . her brother, dead, along with our uncle, the favorite brother of both our mothers. So in effect Mrs Back's sister-in-law, my grandmother, had lost the son this time round. While they had both lost a grandson.

Why do I say that? Because you are a great country and people. That, and I think Norway has a lot to teach the US of A right at particularly this point in time.

As in for instance: Maybe how to deal with tragedy, how to accept loss, that is if you ever can, how to rid yourself of self-serving egoistical delusions which only allow you to avoid the really tough questions . . . you Norwegians are good at that as I've seen so maybe it comes with the territory. We miss that particular ability awfully. At the same time you Norwegians have a bit sentimental . . . to balance ya'lls rationality.

The dialog would be good for both peoples since I think we in fact as a nation owe ya'll and Norway an apology . . . Ya see I think the nut who gunned down all those kids was probably influenced to a large degree by right-wing US bloggers and political commentators acting as propagandists for a specific US policy . . . These people are intentionally and "professionally" selling a war, actually the current central US foreign policy if ya'll haven't noticed. People in the US simply accept this as fact. The notion of a global Islamic threat to the West is the sole rationale for the continuing Global War on Terror. Rumsfeld was talking about it in 2005 and the US government hasn't really stopped talking about it since.

In what passes for US politics today, the official foreign policy of the US - The Global War on Terror - precedes all else, it is after all a "war" what is by definition the single reason for the state itself (at least in right-wing US eyes). You are probably starting to see how this merges with the current budget highjinx in Washington. "Not to be taken seriously" or so the common wisdom goes, but at the same time misses the point as perhaps intended.

The truth as I see it is, that we have developed a Global War on Terror "industry" which would include "marketing". The terrorist Breivik (ABB) seems to have been critically influenced by this propaganda and into believing this war to have had something real behind it, where the US was actually the defensive side. That is there existing an actual global threat to the US and its allies and thus justifying their continuing operations in primarily but limited to the Middle East, East Africa and South Asia.

ABB is simply an unsuspecting stooge who fell for a propaganda theme. Grand politics in effect recruits such stooges, Lenin referred to them as "useful idiots".

Personally I see no global jihadist threat, no looming or existing Eurabia, no coming Muslim takeover, absolutely no real rationale for a Global War on Terror, rather political capitalism run amok operating in an atmosphere of the same right wing Nihilism I have spoken of before (my conclusions). Over the last ten years large numbers of non-combatants have been needlessly killed in America's wars, including hundreds of children. Yet the wars go on.

It's time for a change.

For far too long the world has been ruled by this notion of a Global War on Terror, but that can now be shown to have been dubious.

People of Norway, even in this time of great sorrow, I think that America could use some advice . . .

Abraham Foxman wrote an opinion piece in the Washington Post which addresses the issue to some degree, but fails to link the problem to the current GWOT, still worth a read. Some interesting points:

Left-wing “multiculturalist” sentiments tear down traditional European culture, they argue, allowing Muslim immigrants to replace it with “their own” culture and values. The result, they claim, will be the demographic, cultural and, eventually, political suicide of the West — unless action is taken to stop it.

These ideas are no longer geographically isolated. The Oslo perpetrator in his manifesto quoted extensively from the writings of European and American bloggers — including Robert Spencer and Pamela Geller — who promote a conspiratorial anti-Muslim agenda under the pretext of fighting radical Islam. Because of the reach of the Internet, these ideas float freely across borders and are reinforced by like-minded bigots.

This belief system goes far beyond anti-Islamic prejudice based on simple religious or racial grounds. In a sense, it parallels the creation of an ideological — and far more deadly — form of anti-Semitism in the late 19th and early 20th centuries on the backs of the previously dominant cultural and religious forms of anti-Semitism.

The presence of this new ideological form of anti-Islamism is clear in the Norway attacks. The perpetrator, though motivated by anti-Islamic sentiments, did not attack or kill Muslims. Rather, he reserved his extreme actions for those “traitors” whom he believed to be collaborating with and allowing Muslims to take over Norway (and Europe). He chose targets related to the Labour Party, the alleged “multi-cultural Marxists” who dominated his thoughts.

Breivik’s acts are so far the only major incidents like this. Perhaps they will remain unique. His thinking, however, is certainly not. Thanks to his carefully sourced manifesto, we can identify many of his intellectual influences, and they are prominent on both sides of the Atlantic. And many people hold views similar to Breivik’s. In the United States, we have seen frequent manifestations of this ideology, including the eager promotion by anti-Islamic zealots of a growing conspiracy theory about “creeping Sharia law.”

One bizarre twist to Breivik’s warped worldview was his pro-Zionism — his strongly expressed support for the state of Israel. It is a reminder that we must always be wary of those whose love for the Jewish people is born out of hatred of Muslims or Arabs . . . In America, the polarization, vitriol and fear engendered by anti-Islamic activists must be replaced by reasoned and civil debate. We must rally the voices of reason to overcome the voices of intolerance before it is too late.

(My emphasis). The comments from the Nihilists are at the same time soooo predictable.

Here are a few choice quotes regarding the Oslo attack:

* "I shed no tears for these HAMASnik campers with a Scandinavian dialect. Perpetrators are not victims. Sorry. HAMAS collaborators don’t get my pity. They never will."

* "Karma is a bitch . . . especially for Jew-haters who were Fatah’s bitch. You hang out with snakes, you get bitten."
* "Victims” or Perpetrators?" -- Debbie Schlussel, 7/28/11
* "There was a shooting at a political camp, which sounds a little like the Hitler youth.." -- Glenn Beck, 7/25/11
* "The more that is revealed about that youth indoctrination center, the more grotesque the whole story becomes"
* "The jihad-loving media never told us what antisemitic war games they were playing on that island. Utoya Island is a Communist/Socialist campground, and they clearly had a pro-Islamic agenda." -- Pamela Geller, 7/31/11
* "The youth camp he attacked was engaged in what was essentially a pro-terrorist program." -- Barry Rubin, 7/31/2011

Try to imagine what the reaction to comments such as these would be in the wake of an attack by Islamic extremists. Aside from the vile slander against the victims of a horrifying crime, these words are a clear attempt to justify and legitimize the actions of Breivik.

Just another example, if we needed one, of the terminal sickness of the Radical and Nihilist Right in the US.
Posted by seydlitz89 at 2:27 PM