Clif's Notes Version; malfunctioning vehicle heater cooks off ammunition in an M992 ammunition carrier that then sets off a series of massive secondary explosions that effectively destroy a hell of a lot of 11ACR's AFVs - a total of 102 vehicles including 4 M1A1's. The toll was orders of magnitude higher than combat losses in the just-concluded Second Gulf War. 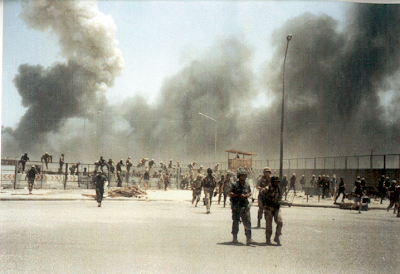 Read about it here.

My son once asked my why soldiers marched around and did everything together like robots. I explained that in the old days soldiers fought that way. That the rule of thumb is that the closest weapon is the most dangerous, and that the man beside you - even though he was on "your side" - was closer than the closest enemy. So the soldiers learned to handle their weapons like that to keep from shooting each other. 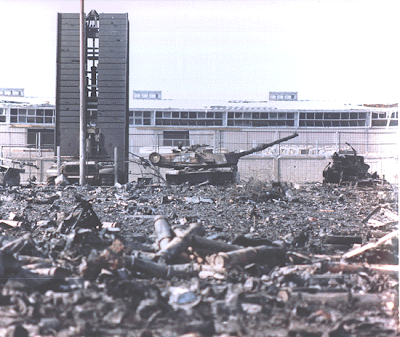 He didn't get it. 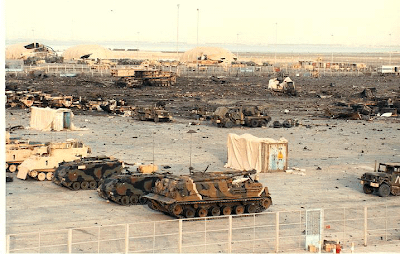 (h/t to John Cole at Balloon Juice, one of the veterans of the Dash)
Posted by FDChief at 2:38 PM