What does it matter?

So now it turns out that the young Scotswoman Linda Norgrove, kidnapped by Afghans back in September, died at the hands of her rescuers. 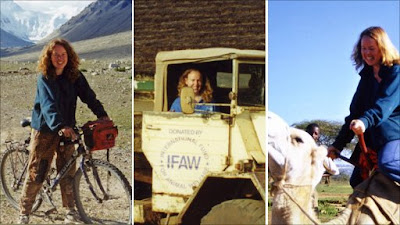 The BBC is quoted as saying that the hostage rescue team made an airmobile assault into the mountainous area her captors had occupied on 8 OCT. The unit, said to be from U.S. "special forces", was apparently moving to the objective - or what they thought was the objective - by bounding (the unit is described as "two teams"); the moving element was "along a narrow ledge" when the Afghans detected the movement and initiated fire.

The British Foreign Secretary attended Norgrove's burial. He is quoted as saying that the unit "believed Ms Norgrove was being held in buildings higher up a mountain" when they made contact. One of the SF team used a grenade, probably in an attempt to break contact; that was our SOP in the 82nd, anyway, for a ambush where either the terrain did not permit or the tactical situation made assaulting through the enemy impractical. A firefight ensued; the news reports are sparse. At some point it sounds as if the Afghans broke contact; the AC-130 is said to have killed two. It appears that the SF team occupied the ambush site.

The woman's body was found at the site, killed by the grenade; I don't doubt that the troopers knew this at the time; a grenade tends to rip up the outside of people a fair bit more than 5.56 rounds do. But they are said to have kept this from their superiors, who then announced to the world that the woman was killed by the Bad Guys. When the truth emerged, as it had to, it made ISAF look either foolish or duplicitous. So everyone involved can now be considered to have failed.

I can't imagine how to put a good face on this. ISAF was apparently warned that the Dewagal Valley, where Norgrove was held, was badass injun country, a real old-fashioned Afghan tribal holler, a kind of Ozarks with more goats. 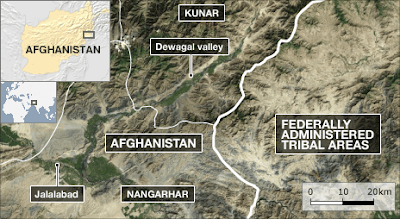 It sounds to me as if the strike team, described as "highly experienced personnel", still lacked good intelligence prep of the battlefield as well as adequate reconniassance and security once off the LZ. Even with aerial observation they were ambushed trying to move to the objective. Once in contact the team seems to have gone into immediate-action-drill mode, which is completely understandible given the circumstances. But the result, for this poor woman's family and beloveds, was tragic. The team then withheld critical information from their commanders, who were allowed to sound like liars or fools.

What a fucking mess.

This seems to summarize the current Western experience in Afghanistan in a single firefight. The quixotic mission of the young woman. The tribal rapacity of her captors. The opacity of the landscape. The mistakes, confusion, and mutual incomprehension of the occupiers and the local headmen. The sudden flurry of misdirected violence. And, finally, the silence of the dead, and the grieving of the living.

It may be that by the long and patient application of force and diplomacy that the Western occupiers and their local proxy can "beat" the Talibs in some fashion.

The foreigner, unless he wishes to become the colonial power, must leave. The local, who stays, cannot change the immutable calculus of men and mountains. Afghanistan will remain Afghanistan; the mullahs and headmen, farmers and smugglers, bazaar badmashes and an entire generation that has grown up with nothing but war...these will remain to decide the future of the land.

Linda is today's headline, and her life and death made subject of our passing interest. But the works of Linda Norgrove, and the soldier who killed her, what will they matter? To the Afghans, or to us? Five, ten years from now, who will care? 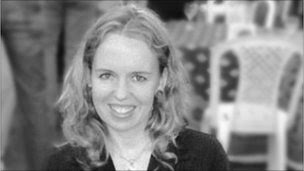 For that was in another country and besides, the wench is dead.
Posted by FDChief at 11:15 AM