For your consideration, I refer you to scan Robert Farley's column at World Politics Review "A User's Guide to Inter-Service Conflict". As an article it's really just a stub. But I want to use it to suggest an idea.

Here's Farley on the the impact of two typical inter-service conflicts: "Whereas resource conflicts (emphasis mine) can shift a nation's strategic orientation, they typically leave a military organization with a set of tools appropriate to the solving of certain defense problems. They can even produce genuine moments of strategic decision-making. By contrast, mission conflicts hamstring the ability of military organizations to do the jobs that are asked of them, especially when civilians use the disputes to cut procurement."

In the article he gives an outline of several of these mission conflicts between the air forces and the army and navy of the U.S. and Great Britain. Most of us here are familiar at least in brief with these conflicts and the problems they generated.

Now the UK is in the position of having to make hard choices about military budgets, and I would argue that the U.S. will soon - or should now - have to think about the same sorts of cost/benefit analysis in reducing its military spending.

I want to consider returning the Air Force to the status of a Corps within the Army and Navy.

The Air Force has five overall or general missions:

1. Tactical support of land and sea operations; close air support, or CAS.
2. Local through theatre-level air defense and deep-attack missions in support of ground or naval operations. This would include interdiction and theatre air defense, air superiority, SEAD, interdiction, and deep tactical strike sorties.
3. Continental air defense, including aerial and satellite surveillance, and interception.
4. Strategic deep attack, to include nuclear attack.
5. Air transportation and air movement, from the tactical (theatre) to the strategic (intercontinental) levels

Of these five, it would seem to me that at least four could be done by a sub-service level Army Air Corps or Naval Air Arm. And I'd argue that one - strategic deep attack - is problematic as a mission at all.

1. CAS has always been a problem for the Air Force. It's not cool, it doesn't encourage wearing scarves or sunglasses, and, my dear, the people! I've often thought that one genuine innovation the USMC ever came up with was holding on to its own air arm. Marines tend to get pretty good air cover because their wing wipers are often Marines, or Navy pilots who train and fly with Marines. I can't see how returning these missions to the Army and Navy would be a problem.

2. The theatre-level missions are a little more dicey, in that they call for fighter and medium bomber aircraft that don't really intermesh directly with the ground or sea missions. They would require an Army theatre commander, or a Navy task force- or fleet-level commander to broaden their mental horizon beyond the grand tactical to the local strategic level. But I think this could be done. Difficult, but do-able.

3. I don't see how this can't become a naval mission. The USN was our continental defense prior to Kitty Hawk; I don't see how a naval officer couldn't be taught to think of the defense of North America in three dimensions rather than two.

4. The USN is already in control of a third or more of our ballistic missile defenses; putting squids in silos in North Dakota doesn't seem beyond the realm of possibility. And I would argue that "deep strategic attack" - the sort of thing that reached its apogee in 1944-1945 over Germany and Japan - is really questionable. What does a manned strategic bomber really give you at this point, other than target practice for enemy air defenses and the chance of a POW? I would like you to consider that deep penetration bombing, like mass tactical airborne operations over defended airspace, is really a relict of WW2 whose utility in the 21st Century is not just unproven but unlikely.

So give the missiles and the AWACS and the DEW line to the Navy. And mothball the heavy bombers.

5. Military airlift is also a mission that does seem too "aerial" for the land and sea services. Yet the USN flies large four-engine patrol aircraft, and it would seem like an Army Air Corps could fly and maintain tactical transports of the C-130/C-17 variety, leaving intercontinental transport of the C-5 sort and aerial refueling the only thing I would consider a truly "aerial" sort of mission.

I realize that this is truly woolgathering; the lobbying power of the USAF, and the vested interests of the Air Force community, will prevent any serious attempt at distributing the USAF's capabilities between the other two major services.

But the problems, costs, and difficulties incurred by "mission conflicts" are real, and in time where the demand for the specialized "air" sorts of missions seem to be declining and likely to continue as such, and the costs of the specialized air force seem to be rising, I would consider we might want to at least give the idea enough thought to formulate reasons why it shouldn't go further. 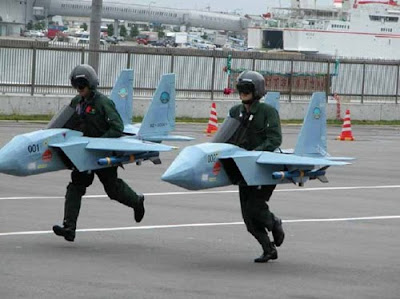 I wonder - if the SecDef, Army and Navy chiefs had known in 1947 what they know now...might they have had second thoughts?

(Disclaimer: for the record, my father was a naval aviator (V-12) 1944-1945, while I have never really forgiven the USAF for trying to bag the A-10 - beyond that I have no animus beyond the usual contempt for lower military life forms common to the Artillery, which as a branch lends tone to what would otherwise be a Vulgar Brawl) 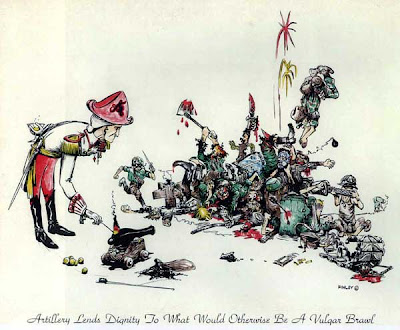