Everybody out at once!

I'm shocked, shocked! to find that the latest inquiry into the state of the Afghan nation concludes that:

And would you believe that there is also gambling going on in Rick's Cafe' Americain? 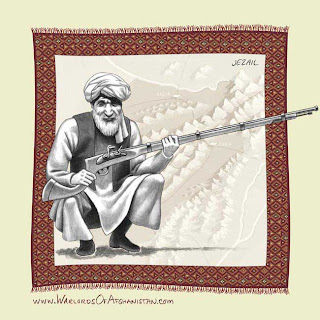 Shocked, I tell you.

I suspect that William Hay Macnaghten would remind you, could you dig his disarticulated corpse from the forgotten grave where it was flung after his murder in 1843 and make it speak, that Afghans have been known since Baibars' day as the most shifty, cunning, and least trustworthy of ruffians; treachery and double-dealing are both entertainment and art form in the high plateaus of central Asia. 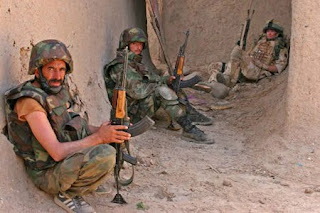 The British knew perfectly well that the trooper of the Guides that saluted you today was probably the Waziri jezailchi that sniped down your messmate the last time your column invaded his mountains.

And yet here are a couple of Americans reporting with straight faces that the "ugly" part of the latest survey is that the Afghans suspect that their government troops and police are following in the footsteps of their fathers and grandfathers?

What the fuck else should we have expected?

Honestly. The level of stupid surrounding this war is sometimes so intense it burns like dry ice.
Posted by FDChief at 7:33 PM