Our fellow barkeep jim (you probably remember him for his rabid following on Ladies' Night; I understand that he honed his technique on the grass widows who decorate the bar at the Dragon Club, and it shows) is doing a very worthwhile analysis of the action in Gowardesh, Afghanistan between an ODA of the 3SFGA and its attached(?) Afghan squad and what appears to be a company-sized element of mujaheddin. This engagement is notable for the actions of SSG Robert Miller, who earned the Medal of Honor for his actions that day. Sadly, this decoration was posthumous. 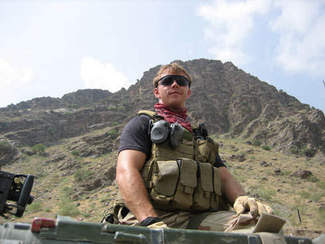 I normally don't fiddle with tactical analysis; tactics are too situational, and now that I'm retired I have not use for tactical skills. But this action caught my eye in that I had just written up the Battle of Unsan over at GFT, and it's worth reading the account and jim's analysis for the ugly reminder of how we in the U.S. Army can't seem to get over what Dave Hackworth used to call "CRS Syndrome".

We learned the hard way in Korea that driving around the roads in the bottom of Korea's steep canyons wan't a good idea when the Chinese were humping over the hills above like good infantrymen. We relearned the lesson - that sticking to the roads, trails, or paddy dikes was dangerous - a dozen years later in Vietnam. My platoon sergeants in the early Eighties were products of that hard lesson. We never moved along roads, trails, or similar channelized routes if we could avoid it - they had learned the hard way that it made it way too easy for the bad guys. Now it seems that we're re-re-learning that lesson - or not - in Afghanistan.

Anyway, jim brings up some worthwhile issues this engagement points out. For those interested, well worth the time to read and discuss.
Posted by FDChief at 10:39 AM