Sorry if I got anyone excited for the wrong reasons. It's just more foreign policy.

Interesting post over at Spenser Ackerman's place here about the whole "COINdinista" trope and the question of whether we are really thinking through what we're doing in Central Asia.

Jason at Armchair Generalist discusses it - and the Cordesman piece that set the discussion in motion - and he is somewhat skeptical of Cordesman's unwillingness to come out and flat say "this isn't do-able with the resources we're willing to commit and the political capital we have to spend". I'll go further than that. The problem with the way Western nations - or at least the U.S., does foreign internal defense and rebellion suppression (which is all this is - it's trying to gut a slave revolt, same-same as in Cicero's time.) is that by our very nature we infantilize and marginalize the local proxies we adopt. We make them into little local copies of ourselves, or as close as we can. I don't know why, but it probably has a lot to do with our incapability to imagine a better way to fight war than the American way - lots of firepower and mechanization, lots of dead stuff, the liberation-of-Metz kind of war.

But this kind of war - and this kind of government, since we tend to do the same thing to the local political elites - takes an obscene amount of jack, cash which these crappy little countries don't have. So essentially these supposed foreign proxies get locked on to our military and economic teat and neither want nor try to let go. We end up with a crippled proxy run by a kleptocratic parasitic elite whose "army" is a little Mini-Me, a U.S. Army minus the air, armor, and artillery support, minus the trustworthy officer corps, a brutally incompetent bayonet-prop for the Quisling throne. 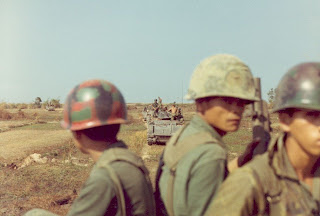 We've been here before, remember?

The U.S. Army has always sucked at this. You could trace it back to George Washington's day, when the "lesson" he learned from Braddock's defeat wasn't that low-tech irregular soldiers do better in low-intensity guerrilla wars than expensive, foreign regulars, but that you just have to be more...regular. The last chance we might have had to produce genuinely effective foreign proxy armies - the sort of thing that people like "Chinese" Gordon used to do for the British - vanished some time in the middle Nineties when the Charlie Beckwith/SAS/Ranger faction captured the U.S. Army Special Forces and turned them into a glorified SWAT team. We haven't managed to create an effective foreign armed force - particularly one that can stand on its own for more than the time it takes to load the swag into the trunk of the Lexus, huck the door keys at the maid, and grab a hat - since the fucking Apache Scouts.

And they were pretty much "trained" when we got 'em.

So I'm not sure why we suck so badly, but we do. Think about it. The Americas? Africa? Asia? Where has a large American maneuver Military Assistance Command produced a local military that successfully resisted a truly popular local guerrilla movement - none of this crappy fake-ass MRLA stuff like in Malaya - serious, hard-core G's like the Shining Path or the Tamil Tigers?

We just don't have the right stuff. We're shitty colonialists. That'd be a good thing except we've apprarently decided to pick up the White Man's Burden in central Asia.

Look at what we're doing now in Afghanistan in "going after corruption". Think about that. Let's say that American culture was permeated with a tradition that put family loyalty first, that rewarded compliant and sycophantic servitude with largesse and the dibs of the public purse, where bribery and kickbacks were an accepted part of doing business.

Yeah, right, like the Bush family, right, you get it.

So along comes the foreigner with a poker up his ass and says "No more fucking baksheesh, Ali, get it? No more mordida. Get you fucking hand out of the till and get your fucking cousins off the payroll most rikki-tik."

Would that make you happy? Would you want to be like the foreigner - even if the defenestration of the insiders made it easier for you, the outsider? Or would you be irked because it meant that when you got a shot at being the insider you'd miss out on on the lovely lush? Would you want the irritating bastard to go home and leave you to the ways you were used to?

Thought so - might be why the Indians and Pakis and Kenyans never invited the Brits back...

In my opinion the problem is even simpler than Ackerman or Exum or Cordesman lay out. After eight years we've done nothing but create a self-licking ice cream cone. Every "victory" we shoot out over the locals makes our local "allies" weaker, more dependent on us. We can't "win" because the longer we stay the worse we'll be for our Afghan proxies. We've given them eight years of "breathing space" and so far they've sucking in Sammy's teat and are giving it all the tongue love they can manage.

It's time to wean this monstrous infant. 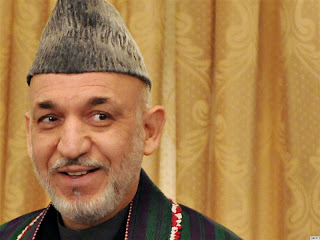 Before its habits of sucking cash out of the government teat begin to spread even further.