Our man seydlitz has a post up asking questions about the U.S. geopolitical strategy in the Middle East and the impact of the continuing drone strikes on that strategy.

While an interesting question, I would opine that as a matter of strategic veterinary dentistry, it's looking at the wrong end of the horse to figure out what's the matter with the teeth.

Instead, I offer this, the supposed final note of the Looney Tune melody we've been playing on the Iraqi barrel organ:

"But what about the extensive negotiations the administration has been engaged in for months, regarding U.S. offers to leave thousands of uniformed soldiers in Iraq past the deadline? It has been well reported that those negotiations, led by U.S. Ambassador James Jeffrey, Army Gen. Lloyd Austin, the top U.S. commander in Iraq, and White House official Brett McGurk, had been stalled over the U.S. demand that the remaining troops receive immunity from Iraqi courts."

So. I'll be the first one to say - I wouldn't want to be tried in an Iraqi court. I suspect that things are a little less...predictable...shall we say? than ending up in the Multnomah County justice system.

But the bottom line for any Western power in the Third World is that you're always going to be working in the shadow of colonialism. 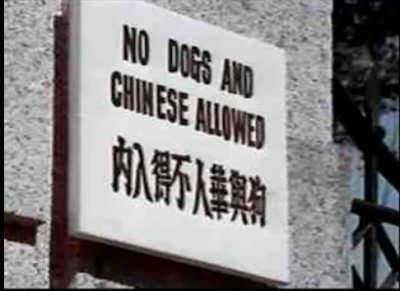 You don't like that? Don't commit your maneuver units to fucking Third World countries.

Despite what 99.7% of the U.S. public - including its leadership, apparently - believes, most of the rest of the world remembers that for about 200 or 300 years being a white guy meant never having to say you were sorry...to a brown, black, or yellow guy. Most of the rest of the world has some ugly memories - still - of being booted around by people who were uniformed and armed like our GIs. The Iraqis were beat up pretty thoroughly in the Twenties by the Brits, who placed great faith in this sort of "unequal treaty", where you got to pimpslap the wogs...but they couldn't do the same to you.

One of the things that helped make the Bushie Mess-o-potamia such a mess was the reinvention of this sort of horseshit.

I've said for years that we would have saved hundreds of U.S.troops if the FIRST time some GI had shot an Iraqi by accident he'd have had a speedy trial and been handed ten years in the USDB. And the first time some GI shot an Iraqi for fun, or to hide a rape, or some other truly heinous thing, that he would have been handed over to whatever had replaced Saddam's secret police and hanged in Firdos Square. I don't think that would have been just or fair...but it would have been smart. Cunning. We would have gone a long way to distancing ourselves from the Bad Old Days of extraterritoriality, colonial immunity, and the sort of collective anger that a hell of a lot of the world still has for their former imperial masters.

Instead we made it crystal clear that the Unequal Treaties were still in force and still unequal. Throw a grenade at a U.S. patrol? End up in Abu Ghraib. Shoot a pregnant Iraqi at a checkpoint? Get a downcheck on your "failure to follow proper checkpoint procedures" block in your NCOER.

It doesn't take a couple of hundred thousand dollars worth of drones, missiles, satellites, and computers.

All it takes is some high level negotiators who don't get that granting your troops "extraterritoriality" (regardless of whether you call it that, or "immunity"...) doesn't fly in the Third World and assumes that because we're just speshul snowflakes the wogs will be happy to give in on this massive collective grudge they carry about that because...well, because we WANT them to soooooo bad.

Doesn't anybody here know how to play this game?
Posted by FDChief at 8:54 PM

Labels: colonialism, diplomacy, does anybody here know how to play this game?, Iraq, U.S. foreign policy