Sitting and percolating about in my head for the past few days was a post about "Culture Warriors", the "DFH"s who've been giving Wall Street and Mayor Bloomberg some inconvenience over the past fortnight. 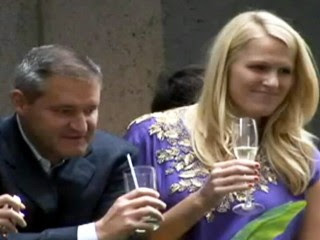 And there are CopyCat OWS in other cities, even down south of me an hour in Wichita Ks.

Our military gets all the honor and glory for their very visible struggles for the country and they deserve that and more, but there are other fighters, too. We all can do our small part in the great struggle for the USA.

Show these protesters some love, at least send a pizza their way.

Some Marines are coming to the aid of their countrymen & countrywomen.

“I’m heading up there tonight in my dress blues. So far, 15 of my fellow marine buddies are meeting me there, also in Uniform. I want to send the following message to Wall St and Congress:I didn’t fight for Wall St. I fought for America. Now it’s Congress’ turn.

My true hope, though, is that we Veterans can act as first line of defense between the police and the protester. If they want to get to some protesters so they can mace them, they will have to get through the ( *** ) Marine Corps first. Let’s see a cop mace a bunch of decorated war vets.I apologize now for typos and errors.

Typing this on iPhone whilst heading to NYC. We can organize once we’re there. That’s what we do best.If you see someone in uniform, gather together.

A formation will be held tonight at 10PM.

We all took an oath to uphold, protect and defend the constitution of this country. That’s what we will be doing."