Were you born in a barn?

Janus was the god of doors.

Janus also had a temple at Rome with double doors called the gates of war. The temple doors were open in time of war, but closed in peace.

Supposedly the doors were closed five times from the late Republic to the middle 5th Century AD.

The United States has never been a particularly peaceful nation, either. We have sent our people out to kill and die for us in foreign lands since we tried to invade Canada during the Revolution. As we are now. And with our wars just as with our dead, we do little introspection, or rumination, about the whys, the hows, the what-now, and the what-comes-after.

We're perfectly happy to pass by the open doors of the Temple of Janus.

Every year on Memorial Day I post this. But this year I'm tired of repeating what most of us here know and what most of those around us neither know nor care. Instead I humbly suggest that we let the dead bury their dead. And think of the living, and the decisions we make for them and to them.

For through those open doors will walk the dead men we'll "honor" on the next last Monday in May, and left outside those doors will be the living bereft, to whom they will never return, and as jim reminds me, those who DID return in body but can never truly return to who they were. In that sense, the dead have perhaps the least painful fate of all... 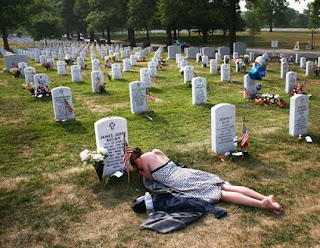 Whenever I used to walk past the open door my father would bark at me "Close the damn door! Were you born in a barn?"

My father would know what to do about the Temple of Janus.