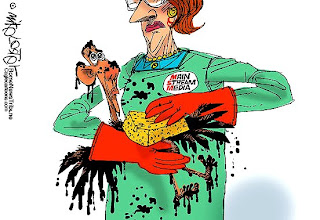 We've shot an amazing number of people
and killed a number and, to my knowledge,
none has proven to have been
a real threat to the force
--General Stanley McChrystal

--My father is no different than any powerful man,
any man with power, like a president or senator
--Do you know how naive you sound, Michael?
Presidents and senators don't have men killed.
--Oh. Who's being naive?
--The Godfather (1972)
________________
The Special Forces that Ranger served in is as gone as last month's rent. An astute reader called the shift, the devolution of the Special Forces into a kind of Sonderkommando.

The Vietnam era SF fought main force Vietcong, hardcore North Vietnamese Army, and conducted special missions with various programs such as Delta, Omega and Studies and Operations Group (SOG). These programs produced results that were soldierly and based in good faith efforts.

Personally, Ranger was never trained to kick in doors or assassinate. We were not assassins, since that violates the rules of land warfare. There were isolated incidents of killing suspected enemy agents, but this was never officially sanctioned U.S. or SF policy.

The assassinations conducted by the infamous Project Phoenix were not a U.S. military mission, although most of their U.S. shooters were U.S. Special Forces soldiers on detached duty. The killings were done by combat-numb SF assets detached to do a mission not military in nature; the program was undeserving of having utilized good SF personnel for a dirty, nasty business. Phoenix was the devil's work and will remain a stain upon our national dignity, both civilian and military.

But it's now 2010 and the SF top dog in Afghanistan has dusted off the Phoenix prototype for Counterinsurgency applications. General McChrystal has done this without asking how the U.S. SF assassins are differentiated from the Nazi SS assassins of WW II. How have McChrystal, our command authorities and the American people enabled the Special Forces to become a criminal organization?

There is no middle ground here: When SF employs assassins they have become criminals and murderers rather than honorable soldiers.

Do our SF soldiers no longer bother to question the legality of their black ops missions? Further, why do we even allow a concept like Black Ops to exist within our military structure? Assassination is one of the key tactics of terror organizations, whether they be state-sponsored or groups like al-Qaeda.

When an SF team killed pregnant women while on an assigned mission to kill or capture mid- or low-level Taliban members, they mutilated the bodies in their efforts to dig out their bullets (U.S. Special Forces 'Tried to Cover Up' Botched Khataba Raid"), also a violation of the rules of land warfare and every bit as serious an offense as cutting the ears off dead VC.

My Army became infamous for those actions and as a result for a generation was portrayed as being composed of crazed killers by the entertainment media. Contrast that with today's support for SF assassins because they are "the troops".

These SF assassinations at McChrystal's behest are not military in nature and are a cynical expression of an American military gone wrong. Their morals are gone missing and this is a blight upon all of us.

Even if the mission were to kill every Talib in Afghanistan America still loses, as on a strategic level this removes the regional counterbalance to Iran, concurrently strengthening the warlords of the Northern Alliance. With every assassination, an SF soldiers is doing Iran's dirty work, making the effort doubly perverse.

Assassinations in theatre do not benefit the safety of America, nor do they contribute to the birth of democracy. They constitute meaningless cynical violence.

What attributes are being rewarded in today's tabbed-up, Christian Army? The contradictions are overwhelming to contemplate.

The SF assassin soldiers will bear a heavy burden. The silence that will surround these men is the absence of a baby's cry in a remote Afghan village, and the silence will condemn their souls. They may never be officially charged for their crimes, but they will always hear that silence, even in their sleep.

Posted by rangeragainstwar at 8:11 PM