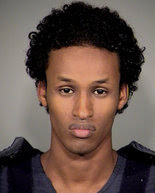 thought he was committing an act of guerilla violence.

The following couple of days my Facebook page was littered with posts to the effect of "OMG! I was there! Thank you, FBI!" and appended with comments praising God and the solder (or FBI agent) whom we adore.

Perhaps it was because I hadn't the slightest interest is watching the lights go on a big fir tree so I was at home playing Jenga. Or perhaps its because I'm a nasty, cynical SOB by nature. But you'll excuse me if I beg off the universal congratulations to my government for catching the next Khalid Sheik Mohammad.

Because from what I understand;

1. This idiot did everything but wander around Corvallis wearing a T-shirt with a picture of Osama and the legend "I'm With Stupid".

2. Ignoring the First Rule of Internet Hookups ("The chance that the hot sixteen-year-old soliciting for no-holds-barred wild monkey sex over the Internet is actually either a vice cop trolling for morons or a 42-year-old pervert looking to get you to post pictures of your pecker approaches unity the longer you keep searching the Net for loli-porn") the idiot splattered the Web with his jihadi spam until the FBI was unable to continue to ignore him. 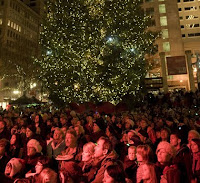 3. The feds then:
a. contacted Mohamud in a June 2010 e-mail under the guise of being a jihadi.
b. met with the guy multiple times, where he pushed them to help him with his nefarious plans. Supposedly the agents "cautioned Mohamud several times about the seriousness of his plan, noting that there would be many people, including children, at the event"
c. pretended to help him with logistics, including "assembling" the bomb and testing a smaller version somewhere in backass Lincoln County, Oregon.
d. appeared in a video with him to record his "mission statement".
e. picked up Mohamud to travel to Portland to finalize details of the attack.
f. set him in the seat of his bomb-van with several fake drums of pretend explosives in the back (which the idiot failed to check, proving that he was a no-go at the first performance test of walking-while-breathing, "You need to be smarter than your equipment") which he dropped off near the tree-lighting spot
g. let him make the detonating phone call - twice - and then busted him.

So excuse me if I'm not celebrating the takedown of the greatest criminal mastermind since Professor Moriarty. This moron Mohamud sounds like he might have spent the next five years in his bedroom playing the jihadi version of "Call of Duty" and eating cheetos if the FBI hadn't pretty much handed him the color-by-numbers handbook for would-be jihadi truck bombers. This wasn't fucking Tim McVeigh. This wasn't even your basic Palestinian pay-for-kaboom suicide bomber. This was a fucking idiot who didn't have the basic common sense to check the equipment his suddenly confiding new "friends" procured, engineered, assembled, transported, and emplaced for him.

Don't get me wrong. I'm glad this guy didn't kill anyone. I'm GLAD he is a fucking idiot. 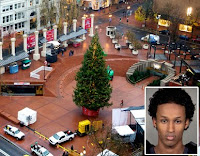 But I'm reading the skittish Facebook responses from the people who were in the square that evening, and wondering what will happen the next time someone proposes some sort of additional security theatre, or profiling the Somali immigrant community, or loosening the entrapment laws, or some other sort of exchange of liberty for "security".

And, of course, demands that all response to the nose-led idiot be based on panic fear and reflexive condemnation rather than skepticism and the Rule of Law.

Or, even better, turns into lynch mob counter-terror and attacks on American muslims because...well...because, y'know, they're terrists!

Because if the study of history and politics has taught me anything, it has taught me that there is no practical limit to the damage to a society that the society can do to itself when prodded by a single idiot. 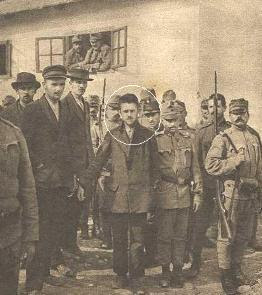 Update 11/28 p.m.: Greenwald has more, including the vexing details that the FBI 1) may not have actual evidence that the moron chose his moron path and was not entrapped in some form, 2) paid him as part of smoothing his path to Pioneer Square, and that 3) "Here we find one of the great mysteries in American political culture: that the U.S. Government dispatches its military all over the world -- invading, occupying, and bombing multiple Muslim countries -- torturing them, imprisoning them without charges, shooting them up at checkpoints, sending remote-controlled drones to explode their homes, imposing sanctions that starve hundreds of thousands of children to death -- and Americans are then baffled when some Muslims -- an amazingly small percentage -- harbor anger and vengeance at them and want to return the violence. And here we also find the greatest myth in American political discourse: that engaging in all of that military aggression somehow constitutes Staying Safe and combating Terrorism -- rather than doing more than any single other cause to provoke, sustain and fuel Terrorism."
Posted by FDChief at 11:51 AM