My little girl has a passionate affair with the Disney cartoon "The Princess and the Frog."

And one of the characters she likes best is the oddball voodoo queen, Mama Odie. Now little Miss is four, so what she likes about the character is her oddities and the way she whacks things with her pet snake. 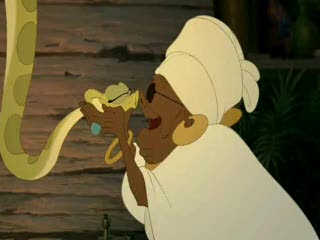 They're easily amused at four.

But Mama Odie's big musical number (this IS a Disney cartoon, after all; we're still stuck in the 1957 time-warp) is all about the title characters' having to figure out not what they want but what they need.

Now Jason over at Armchair Generalist has a nice post up emphasizing the same thing, only to our own Frog Prince, SecDef Gates. Jason says:

"There are two ways to build a national military strategy. You can start with an open-ended set of defense goals without considering resource caps, list everything you want to do, and then count up the cost of all the missions and programs, submit it to the White House OMB and send it to Congress, see what you get. Then when you get the bill, start cutting from the bottom of the list for what you didn't get funds, and then go to Congress and ask for more money.
Or you can acknowledge that you have a resource cap before developing that strategy, and you deliberately set one's defense goals for modernization, operations, and personnel costs to fit the proposed budget, submit that to the White House OMB and tell Congress that you're going to do less than what you used to do. Then go to Congress when there's an unplanned need for funds based on an emergency situation. Basically, you develop a military posture that you can afford, one that is in scale to domestic priorities, but that's difficult to do when you have a strategy that's based on global international involvement."

That's a choice even a four-year-old can figure out. There's things you want. And there's things you can afford. And if you chase the former past the boundaries of the latter you will end up a very, very sorry child indeed.

However Jason notes that there is one teensy, weensy little problem with a sensible, sane, feasable, fiscally reasonably national security budget: "Of course, the Republicans won't allow this." 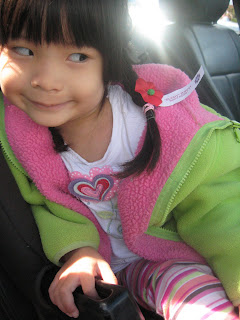 Which is why almost all of the GOP - and a large portion of the people across the aisle, I should add - would lose on "Are You Smarter Than a Fifth Grader".

Because they're not even smarter than a four-year-old.