One thing we seem to keep returning to at MilPub, as a dog returneth to his vomit, is the apparent inability of the United States - both its people and its governing classes - to either formulate, or even discuss intelligently, any sort of geopolitical or military strategy.

A formula or discussion, that is, that doesn't involve someone shrieking "911! Scary! Brown! People!" at some point, usually early in the process after which all ratiocination flies out the window. 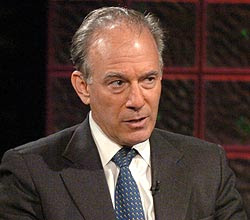 I am one of those who suspects that this is a feature, not a bug, of American society. And pat, like the Fairy Queen in pantomime, comes David Ignatius on the front page of my daily newspaper's editorial section, to remind me of why I think this.

The point of Ignatius' little screed seems to be to whip up worry about the nefarious plans of the Yellow Reds, who seem to be intent on developing a Chinese Commie Space Death Ray (read "...space weapons, lasers, pulses and other directed-energy beams") along with cunningly oriental "cyberattacks" and electromagnetic disruption aimed at knocking out our precious bodily fluids PCs and related digital command and control systems. 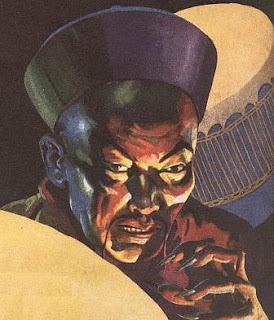 "The nature of warfare is nearing another "hinge point," due to the advance of technology. Just as gunpowder, cannons, airplanes, rockets and nuclear power changed the face of combat, so too will a new generation of weapons that are on the drawing boards -- not just in America, but in China, India and other advanced technological nations."

In a sense this is nothing new. Every generation of wonder weapons is supposed to "change the face of combat"; the arquebus, the machinegun, the aircraft, the nuclear weapons, the tank, the freeze-dried combat ration...all were supposed to do some magical thing that would make warfare...different. Replace infantrymen with tanks. Replace tanks with aircraft. Make war at sea a hidden duel of submarines.

But in another sort of sense this is depressing. Ignatius, while certainly an idiot about militaria, is a well-respected idiot, a fully-paid-up idiot member of the Beltway punditocracy. If Ignatius is saying stuff like this, then it goes a long way to suggesting that this sort of thinking is not an aberration amongst the political classes in our nation.

And this is nonsense, of course. A "beam weapon" is a gun. A cool, high-speed, low-drag, Buck-Rogers-space-ranger-slicky-boy gun, yes, but a gun. It exists at Point A and it's task is to project destruction to Point B, which is essentially the same function as the first gunpowder weapon.

It has one significant advantage; it's "projectile" can move from A to B at the speed of light, obviating the need for complex ballistic computation and negating the target's evasive maneuvers. But it has several offsetting disadvantages. The old-school ballistic projo carries a self-contained source of energy that is used and expended at the beginning of the fire mission; the beam weapon requires an external power source that must be both several orders of magnitude more powerful and must be kept online for the entire mission. Unlike the ballistic projectile, the beam weapon can be dissipated by smoke, fog, or particulates, or reflected by a simple mirror. 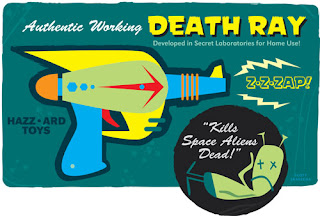 But the bottom line is; it's a gun. It has no more chance of "changing the face of war" than the rifled musket, the machinegun, or the mortar. Possession will remain 9/10ths of the Law of War, and a man or woman with a gun, standing there, will remain the bailiff's process servers.

He has a minor point, and a point I've talked about previously, in his comment about "...aircraft-carrier battle groups -- that will soon be vulnerable to the new weapons." But he misses the point that we're already several generations into an OLD weapon - the supersonic sea-skimming missile - that proved highly dangerous to large conventional hulls in the Falklands almost thirty years ago and may pose a significant threat to our carrier decks. Unlike Ignatius' silly Star Wars scenario with the Red Chinese Death Stars beaming destruction on our fleet carriers from space, all these nefarious Asian rascals may need is better stealth technology for their submarine fleet. 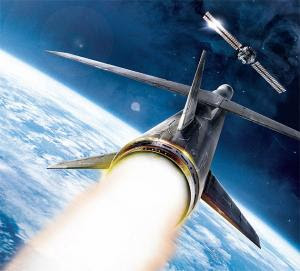 If they can feel confident about their ability to get inside the ASW screen to launch a massive volley of antiship missiles they won't need some ginormous low-orbit satellite system that would be almost immediately knocked down by USAF antisatellite systems within minutes or even seconds of the first faint click of war drumsticks.

And EMP? Christ, we've been dealing with this stuff since the first radios died at Bikini Atoll, Dave. We harden our digital systems. They develop new means to scramble them. We harden them again. Wash, rinse, repeat. Making this into a major point of defense policy is like getting hysterical because of reports of Al Qaeda developing a giant mutant clothes moth to devour our troops' uniforms and make them fight naked. 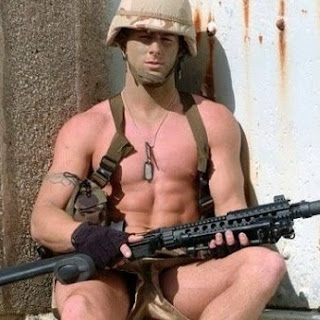 The entire article is like this. No questions about the global geopolitical strategies, goals, needs, or wants that might dictate the allocation of military funds or the composition and capability of military forces, but lots of bloviating about "legacy systems", "innovation" and silly formulations like the U.S. as "IBM, running big, clunky mainframes, at the same it's trying to be an Apple-like innovator. We can't afford to do both."

Of course we can, Dave. That's what armies have done throughout history. You don't think that the Europeans threw away their swords when the first handgunner showed up on the battlefield, do you? Or the invention of the automatic rifle caused every trooper to throw away his pistol?

I have no idea how many people inside the Beltway are reading Ignatius and pulling their chins sagely. I hope it's no more than a handful. Because if there's any clearer evidence that this ridiculous piece that, at least in Ignatius' case, on the questions of military policy the entire CPU is toast, I have yet to see it.

Makes you want to do a hard boot on Ignatius' brain and see it the damn thing makes more sense afterwards.
Posted by FDChief at 10:55 AM