Not to distract from seydlitz's discussion of Jellybean Dutch and his legacy, I'd like to ask the patrons for some help with a question of military history. 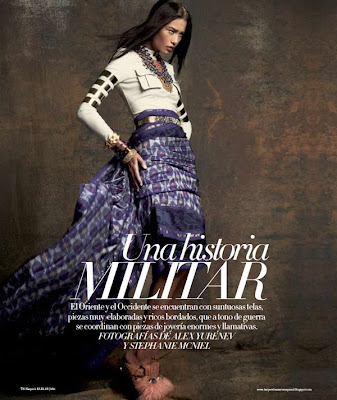 Specifically, I'm wondering; can you think of a time and place in history that can be taken as a successful parallel for what we say we're trying to do in central Asia?

And in this I am willing to accept at face value the U.S. government's assertion that we have formed troop units in other people's countries purely and only to "help" those people in those countries fight Islamic hegemonists.

So what I'm looking for is

1) a foreign power sending troop units (and, technically, political and economic aid) to a government attempting to suppress a domestic insurgentcy that
2) succeeds - that is, it has to have happened long ago enough that we can say that a) it worked, i.e., the rebellion was suppressed and the government the foreign power assisted assumed a monopoly on the use of force pretty much thereafter, and b) that the nation so assisted has become at least moderately "successful" since the insurgentcy, that is, relatively democratic, respectably prosperous or at least making efforts to get there, and making a respectable showing on the "freedom indices".

To give you an example, I thought about parallels with the civil war in El Salvador. Here was a clear-cut U.S. FID mission, and the war was successful in that it brought El Salvador a relatively decent peace. 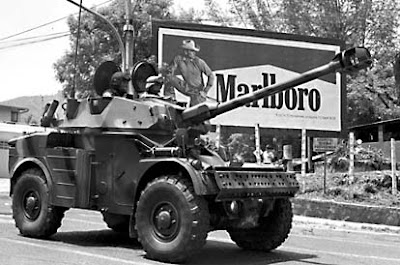 The major difference is that there was no large-scale committment of U.S. maneuver units into ElSal; the government there pretty much won without the need for a foreign expeditionary force to do the fighting, regardless of how much "advisory" support they received.

So; any thoughts on this, you military history buffs?
Posted by FDChief at 9:18 PM