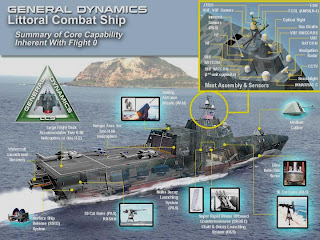 The idea for this post came up as I was discussing the Ignatius article cited in the preceding post with seydlitz. The exchange there went something like this:

seydlitz: (quoting Ignatius) "I come back to Shen, the Chinese analyst. He says that he's grateful that the United States is willing to spend so many billions of dollars to protect the sea lanes on which China depends for its global commerce. But instead of competing to build ships and tanks, he says, China will focus on the weapons that can cripple them. Somehow, we need to stop being the suckers when it comes to defense."

"Obviously lots of military spending is the answer as well as "protecting the sea lanes" from . . . from whom exactly? Do you get the feeling that the Chinese are playing us like we played the Sovs back in the 1980s? Of course the Sovs were - in spite of being far too focused on their deteriorating, but still highly vaunted military power - smart enough to see through a lot of it, but were in such an economic mess as to be unable to use this realization to any advantage . . . The notion of American Exceptionalism will be our undoing."

To which I replied,

"The U.S. is currently a global maritime power. While at times I think our commitment to global blue water hegemony is antiquated - our merchant fleet is, what, four RORO ships and an old surplus fleet oiler? - its a mission we've chosen to take on. We have also chosen to act as a power-projecting imperial nation (in the sense that we engage in conflicts not directly related to defending our own territory) and that requires a blue-water navy. As always, the "what" determines the "how", and blue-water navies include large surface vessels; "conventional fleets and bases around the world". You can argue whether we have too many fleet carrier decks, but not that a power-projecting, global blue water hegemony naval power doesn't need conventional fleets and bases.

China, OTOH, is today what it has always been; an Asian continental power. Its maritime power projection is limited to its immediate "near abroad", places like the Spratley Islands in the South China Sea. It doesn't need or want large conventional naval forces for that. Instead, it needs just what Chen says it needs; the ability to disable or deter a global navy from encroaching on those littoral areas.

I don't think the Chinese are playing us. They're stating the simple reality of naval strategy; we don't care about the fucking Molucca Strait or the Somali pirates. We want the oil in the South China Sea, and all we need to defend that is enough patrol boats and submarines to sink one of your fleet carriers to make it unprofitable enough to deter you from challenging us."

But as I was writing that I was thinking over this article over at Danger Room, discussing the USN's purchase of the so-called "Littoral Combat Ship" or LCS. 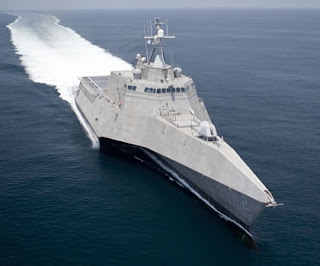 In the post David Axe discusses the many commentators, both inside and outside the Navy, who have problems with this vessel. It is built to commercial rather than naval standards, meaning that it is much less survivable when damaged. It has a exceptionally high top-rated speed; 50 knots, but at a huge cost in fuel. It is relatively underarmed, mounting a single 57mm cannon and carrying most of its offensive power in its deployable subunits such as aerial, sea-surface, and submarine drones. Its crew is listed at around 40-50, which many critics are saying is too small to fight the ship and perform damage-control duties, much less repel boarders(!).

Axe notes that at only about $500 million the LCS is a relatively low-cost platform, and observes that

"...(t)he Navy already has more than enough high-end, military-grade warships for any potential future showdown with, say, China. This force includes approximately 90 cruisers, destroyers and soon-to-debut stealth battleships. It’s the most powerful surface fleet in the history of the world, by far, and one that’s massive overkill in anything short of World War III. But, after retiring many of its minesweepers, patrol boats and frigates, what the Navy doesn’t have is enough low-end warships for all the mundane work of a busy, globally-deployed military. The LCS can help correct that imbalance." 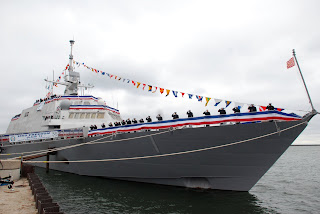 So there's the pros and the cons.

My question would be: what is the mission we need to perform that needs this vessel?

I agree that if we're going to continue to be a global maritime power - and while there are legitimate arguments that the U.S. does not really need to patrol the South China Sea, or the Indian Ocean, and risk potential engagements with the regional powers there the bicoastal location of the U.S. makes it perforce a maritime power of some sort - then it needs the capability to work, and, if needed, fight close inshore. Navies have fought over the littoral since Agrippa's day and are unlikely to stop now.

Historically the blue-water navies, including ours, have operated to within miles of the beach. Old-school hulls, from destroyers and frigates up to capital ships, have operated within sight of land. So the creation of a new class of warship for that purpose - especially one that cannot be turned to other blue-water missions - seems superfluous. 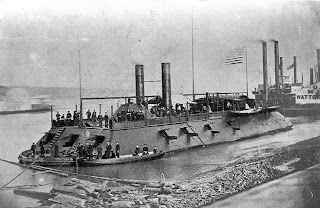 The other realm of naval warfare has taken place inshore of the strand line. This "brown water" naval force has usually been composed of a swarm of very light vessels backed by a handful of larger hulls. The USN has a great tradition of this sort of riverine warfare, beginning with the monitors and gunboats of the Civil War through the gunboats and monitors of the 20th Century Asiatic Squadron and the PBRs and Swift boats of the Vietnam "Brown Water Navy"

But the LCS is much too heavy for this sort of instream work. Too big to get right into the mouths of rivers chasing pirate skiffs, but too small, light and frail to take on a Chinese frigate or a swarm of Iranian patrol boats by itself. And if it's going to be backed up by carrier aircraft...what can it do that the carrier's aircraft combined with its escorts cannot? It seems to lack (at least, the articles I've found suggest that it lacks) the capability to act as a tender for a small flotilla of modern PCF/PBR patrol craft. It is fast...but why? Its own helicopters are faster, and accompanied by a cloud of Zodiacs or small speedboats would seem to do the advertised job better without the need for the voracious fuel-devouring speed. 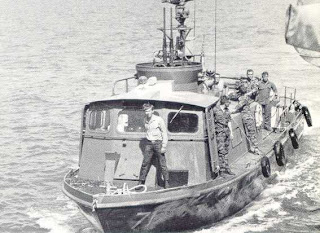 I keep coming back to the question; what is this vessel for that is HAS to be this vessel and none other? What can this platform do that existing vessels can't, and - more importantly - is that thing, or those things, really important to the national defense of the United States?

I don't have the answers.

But I think that now that we're on the verge of ordering 20-some of these vessels, it might be a good time for we the People to start asking some more questions. Because even at half a billion a hull, ten billion ain't no pocket change.

(One important part of the thinking that produced this post is Rob Farley's post over at LG&M, in which he says "I believe that, right now, progressives have evacuated the field on questions of military doctrine and technology (with a couple of important exceptions, as noted below), leaving the conversation to conservatives and “centrists”. I think that we are approaching a political reality in which real cuts to defense spending will become possible, and that staking out genuinely progressive positions on issues of military doctrine and technology actually have a chance of affecting the composition of US military forces." I agree, and so got to thinking about the conjunction between the Ignatius article and the non-debate-debate about the LCS. So, tip o' the hat to LG&M)