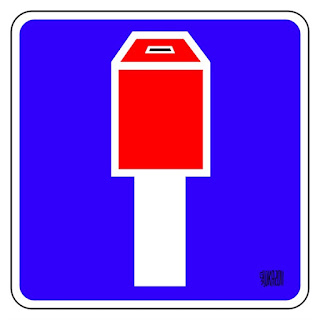 This is what he truly envies of these people,
the luxury of terror as a talking point
--Billy Lynn's Long Halftime Walk,
Ben Fountain

Since Persia fell at Marathon,
The yellow years have gathered fast:
Long centuries have come and gone.

And yet (they say) the place will don
A phantom fury of the past,
Since Persia fell at Marathon
--Villanelle Of Change,
Edwin Arlington Robinson


Subtitles: "Khan Men"; "The Greatest Khan of All", and "Pro or Khan". [Sometimes it is hard to choose correctly.]

Gold Star families have lost a family member in an overseas conflict. They were invited to show sensitivity to the harsh sacrifice which they have also rendered our nation. It is a quiet and somber recognition the nation renders them, and these families are never to be exploited.

But while the privacy of these parents is sacrosanct, this rule was superseded the moment Hillary Clinton and the Khan family gathered on the stage and politicized the death of their son, parlaying their loss into a campaign coup. They fired the first salvo and no one should be surprised that they received return fire. While Mr. Trump may be ill-advised to have shot back, he was well within the rules of engagement.

While my sympathy abounds, the family voluntarily surrendered their attack-exempt status when they stepped up to the microphone.

The Khan's son died for their country, not for Mrs. Clinton's aggrandizement or gain, or to provoke Mr. Trump's reaction. Captain Khan did not die to be used in the partisan political arena.

To have done so was gauche, gross and a disrespect of the dead soldier. Mrs.Clinton showed herself to be as tone deaf as fictional senator Ray Wheatus in the series "BrainDead", when he propped up a dying soldier in his hospital bed for some publicity photos.

The Khan's were portrayed as raw and grieving parents, but their son was in fact killed in 2004 (12 years ago.) If one were cynical, one might imagine this was the only Gold Star family willing to shill for Mrs.Clinton.

Even death has a shelf life.

It is especially difficult to understand the cynical nature of putting Gold Star parents on a political convention podium as attack dogs when candidate Clinton has never attended an MOPH or Gold Star event in her entire political career.

We veterans and surviving families are not set pieces to be trotted out to entertain the nation in political elections. If this is how Mrs Clinton views the purpose of dead soldiers, how will she treat live soldiers if elected?

It is a sad politician that would exploit a soldier's death as blatantly as did the Democrats in Philadelphia.