About the only thing that makes me laugh harder than wing-wipers all decked out in camouflage outfits is when squids do it. 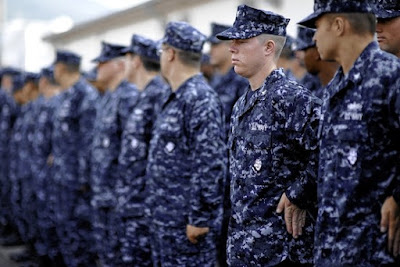 I mean, those cammie suits'll make you SO hard to see on that ginormous fucking hunk of steel out in the in a fucking hole in the water, right?

What, blue cotton shirts and dungarees too much not-like-a-video-game for ya, Navy? They worked just fine when grandpap went out to sink the Imperial Japanese Navy. 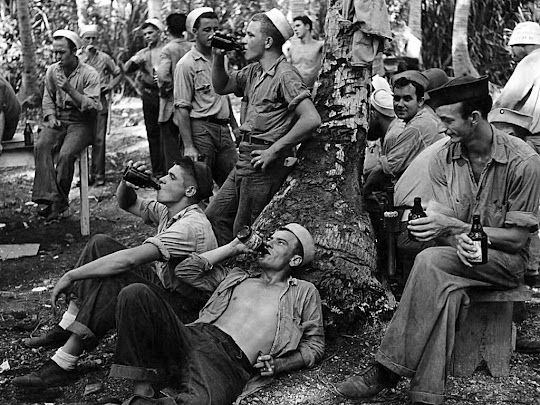 I think what irks me about this nonsense is what some of the other waitstaff over at MilPub have complained about; that this isn't what services at war do, and, at least in theory the armed services are out fighting in various less-paved portions of the world even if the nation as a whole (outside of Victor Davis Hanson's prion-disease-addled brain) isn't. This also, IMO, isn't what services with a better grasp of their actual mission do; this is an artifact that ISTM that our armed services are infected with something that you see a lot if you look around the United States - that it's "better to look good than be good".

I realize that this is an extreme effect of selective observational bias, but...to me the impact of all this fussing about appearance give the impression that We the People (and We the Armed Forces) care if you are terrific at something only if it gets out there in the news, or into social media.

Oh, and the solution to the USN's cammie-pant problem?

Put all the gobs in GREEN cammie outfits. 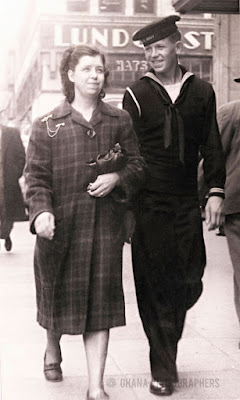