Hole in my pocket

One thing that kinda drives me nuts about my Fellow Americans is the ridiculous luuuurve they have for the U.S. Army (and the other uniformed services) that lives only inside their heads.

This isn't the actual Army, the one with the dudes and gals and hosers, the studs and the spuds, the hard workers and goldbricks, the one that can cut you like a knife and then fall over its own feet like a sack of sawdust. You know...the one that is a bunch of Americans wearing the same colored clothes with all the same virtues and all the same vices you see and hear about on the evening news.

This is some sort of shiny, perfect Army populated by heroes and supermen, driving dinosaur-powered tanks that shoot laser beams from their eyes and have the sorts of powers found typically in comic books. This Army is composed of A-students who were the #1 in their Bible Study class and can deadlift 300 pounds while putting all thirty rounds into a two-inch square 300 meters away on full automatic.

I've never once seen this Army, and I kinda wish I could just to see what it'd be like.

I suspect I'd feel completely inadequate.

Anyway, the real Army managed to lose 6.5 trillion back in FY15.

The Inspector General's report lays it out pretty clearly; the Army just flat-out has no idea where this jack is, or what it did with it. It wasn't criminal, it probably got put to some sort of use, possibly good use...but nobody knows. The accounting at DFAS and the associated Army financial agencies was bad enough that if a private company had done it that badly it'd have gotten its nuts thoroughly rapped by the IRS.

The IG concludes that due to a waterfall of errors and fuckups:

"As a result, the data used to prepare the FY2015 AGF third quarter and yearend financial statements were unreliable and lacked an adequate audit trail. Furthermore, DoD and Army managers could not rely on the data in their accounting systems when making management and resource decisions. Until the Army and DFAS Indianapolis correct these control deficiencies, there is considerable risk that AGF financial statements will be materially misstated and the Army will not achieve audit readiness by the congressionally mandated deadline of September 30, 2017."

The really frustrating part of all this is that you'd think, with 6.5 trillion just kind of lost somewhere the Army could have slipped a hardworking old platoon sergeant a couple of casual hundred thou. on the downlow. Y'know? Kind of a "thank you for your service" kinda thing..? 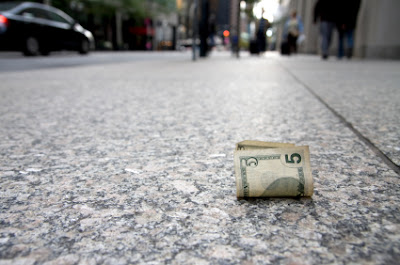