Did you know about the firefight today?

Sounds like some of the guys in Kunar Province, way out in the eastern edge of Afghanistan, had a rather trying day today. Some of the local badmashes - probably Afghan Talibanis, possibly Pakistani Talibs, possibly just locals with a case of the ass - shot up their "outpost" (whatever that represents in military terms; a patrol base, a checkpoint, an LP/OP...) with rifle and grenade fire. 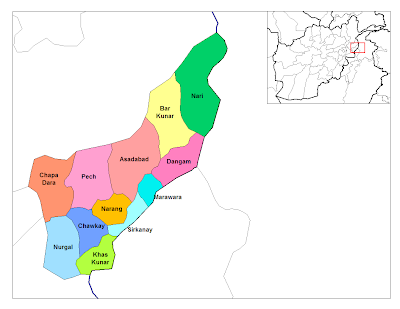 According to the press release the boys reacted pretty well; they returned fire and shot up their attackers, who presumably grabbed a hat; at least there's no mention of the position being endangered.

So presumably it was just another day at the office for the guys out in Bar Kunar.

In the late Twenties a former German soldier published a book about his life in World War One. The main point of the story was to show the many civilians who had no idea of the lives their soldiers had lived in the war. His title was a piece of vicious irony; the phrase "Im Westen nichts Neues" was used by the Imperial German Army to describe a "normal" day of fighting on the Western Front lines. In such a day anywhere from a handful to hundred of men would have died and more ripped up by bullets, shells, bombs, and mines while others slowly weasted away from disease and exposure. For those men, "nothing new" meant everything; the end of life, or health, or youth. In the "news" the civilians received - it meant just nothing. All this death and injury were just another day at the office.

But the guys who lived through it came back home with a head's worth of nightmare composed of boredom, hardship - ranging from discomfort to misery, stress, fear, hate, and all the other assorted crap that war stuffs into your brain housing group.

And their wives, kiddies, parents, friends, and bosses - whose heads had been stuffed with "nothing new" and marching-song bullshit for four years, had no fucking idea why the guys seemed a little tense now and then.

So I don't know why the fact that our cabinet wars have disappeared off the public news irks the hell out of me. It's nothing new, and certainly nothing shocking. Armies, countries, governments have tried stuffing the dirty work their soldiers do down the memory hole probably since Ramses' day. 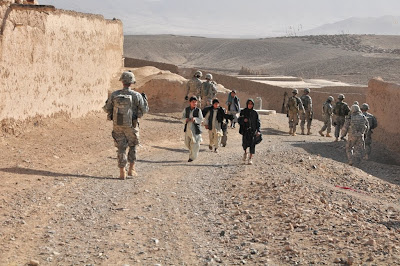 But it still irritates the shit out of me all the same.
Posted by FDChief at 1:59 PM