I'm a middle-aged American guy; I was raised on "spy thrillers". And don't get me wrong - I enjoy the celluloid adventures of spies and counterspies as much as the next guy. 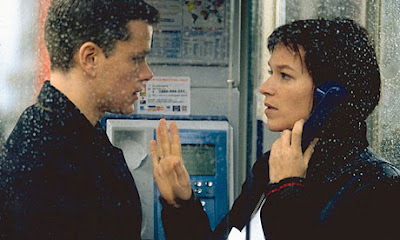 It's just kind of irking when my country's spies don't seem to have watched those flicks or have forgotten the plot.

Take the case of Raymond "Not Jason Bourne" Davis.

Remember this guy? The "diplomat" who shot his way out of the holdup in Lahore, Pakistan? 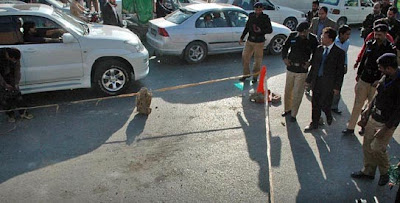 Okay; first off - I have no idea what the hell happened in the streets of Lahore on January 27th. It seems very plausible to me that the guys Davis slotted were robbers, bazaar badmashes intent on at least holding him up and possibly murdering him.

This discussion by a BBC reporter reports that

"investigations by the police, forensic labs and the local and international media suggest that the two men were driving away from Mr Davis when they were shot. That "no fingerprints had been uncovered on the triggers of the pistols found on the bodies of the two men. Furthermore he said that tests had shown that the bullets remained in the magazines of their guns, not the chambers."

Even more damning, far from the bad guys the U.S. has suggested,

"...the men have no criminal records as such. Both...were carrying licensed pistols (and) security sources in Lahore say that they were part-time or low-level operatives for the local intelligence services. Although reports are sketchy about what they were doing in relation to Mr Davis, security officials believe it could be the case of a surveillance operation gone horribly wrong."

Well, damn. So maybe it really was the case of a guy getting flaky at the wrong time and busting a cap on a couple of local snoops from the Lahore ISI Nose Patrol.

But, whatever, you've seen the movie and you all know what happens now, right? Our hero disappears into the crowd, makes his way to the "safehouse" where he changes his appearance and his identity cards and then slips out of the country one step ahead of the dictator's secret police (or his own agency, whichever is cooler...). Every spy has seen this part and knows what to do now. 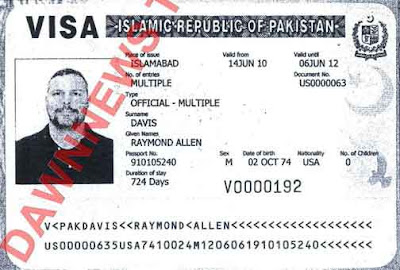 Seems that the guy gave himself up on the spot, and was thrown into the local carcel.

Now this is the part where the CIA activates its cunning plan, sends its mole into the Lahore cop shop while the suave State Department spokesmodel spins a seamless web of denials and diversions that baffles the locals, enemies, and reporters alike. Our boy is whisked out of the country as if he had never existed, right?

Of course this gentleman was not a "legal" CIA officer, accredited as a U.S. diplomat; he was another damn contractor, more of what appears to be the "secret" side of the war in central Asia which is about as secret as Lady GaGa's underwear. Instead of a cunning plan the U.S. government began by loudly beating the stupid drum by demanding his release AS a diplomat, despite the fact that it seems that both the State Department and the Pakistanis knew from the get-go that he was not. 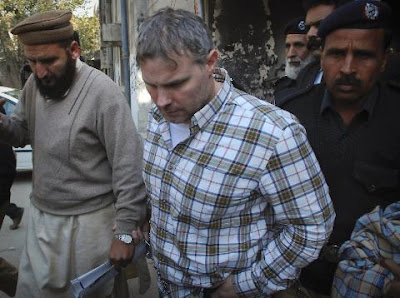 What's worse, the U.S. has insisted in doubling-down on this lie from almost immediately after he was arrested until just this past week after everyone from The Lahore News and Advertiser to the Onion published the truth. Finally, after several British news outlets stated the truth, the U.S. 'fessed up.

I doubt whether this guy is going to rot in a Pakistani jail; he'll get some public spankings to placate the Paki mobs and then quietly slip out of the country. 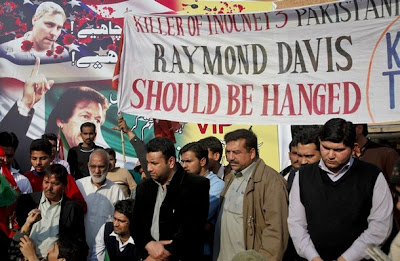 But in the meantime, again, the U.S. ends up looking both foolish and deceptive, reinforcing the Dubya image of the idiot cowboy, shooting up the surroundings and bagging nothing but a couple of cottontails and the local schoolmar'm. And looking incompetent; the bumbling spy is a classic staple of movie comedy from Buster Keaton to Peter Sellers. 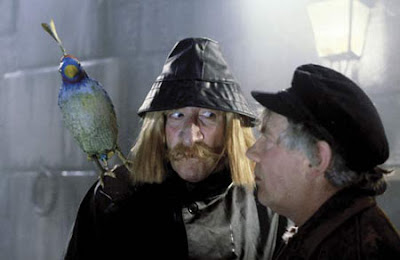 But is it too much to ask that if we're gonna sneak around the globe making real-life spy films my country tries to spy more like Jason Bourne and James Bond than Phil Moskowitz and Inspector Clouseau?
Posted by FDChief at 1:17 PM