I just finished Andrew Gordon's 1997 The Rules of the Game. 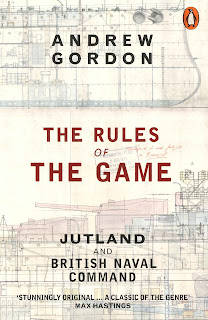 It's a fun read, and does a good job of taking a deep dive into the command culture of the Royal Navy that had such a big effect on the actions of 31 MAY 1916. For what it's worth, Gordon is a "Beatty man" as opposed to Robert Massie, whose Castles of Steel made researching the Scarboro Raid (and the career of HMS Warspite) so entertaining.

Gordon's main point is that the long peace after Waterloo created a culture of rigidity within the RN that was wrapped up in the idea that the fleet actions were supposed to be centrally directed by the admiral in command through strict adherence to maneuvers effected by signals.

That knowing the minutia of the Signal Book became a substitute for understanding what a modern U.S. officer would call the "Commander's Intent". Gordon details actions at Jutland - in particular the Fifth Battle Squadron and its commander, RADM Hugh Evan-Thomas - that demonstrated that this lack of understanding resulted in a lack of initiative, and intelligent actions or reactions to German maneuvers, that cost the RN ships and lives. 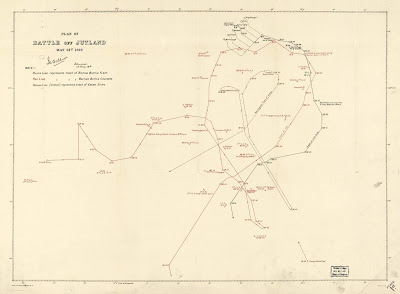 I won't go further into Gordon's work except that it's definitely worth a read (as is Massie's, and his earlier volume, Dreadnought, as well).

Here's the utterly different thing, though, that generated this post.

An Army pal of mine recently sent me a link to something about the 3rd U.S. Infantry. Y'know, the guys who do the whole "guarding the Tomb of the Unknown Soldier" and put on the military shows at Arlington and elsewhere? And I'll be the first to admit that as an old NCO and drill sergeant I'm always impressed with the 3USI's showmanship at square-bashing, and how pretty their sliding manual-of-arms looks. It's a sergeant thing, sorry, and there's no real excuse or explanation for it; it's the military version of being a "furry". 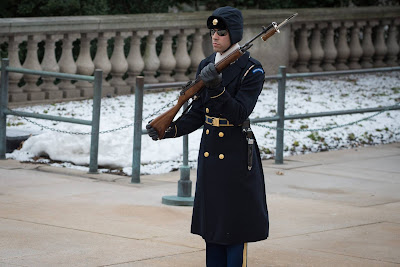 But as I was watching the video

(and I have to say that the Army blue overcoat sure is purty. I got in just as the Army 86ed the khaki summer-weight Class A uniform, the last really sharp-looking formal dress we had. After that it was all the hideous AG44/344 polyester abomination and the dreaded "black sack" overcoat that made you look like a Baloney Joe's wino shuffling down to the dumpster for a snack...)

I couldn't help thinking what a beautiful utterly useless military skill all this drill and ceremony is.

Short of falling in and marching from one place to another...what's the point? It's a sort of armed tea ceremony; gorgeous, yes, but completely for show and dressup. For the working day you suck down your tea from a travel mug and move out smartly.

And that's what led me back to Gordon and Jutland.

Because in 1916 the notion of "shiphandling" - whether individual captains and their crew, or flag officers directing squadrons - was literally a matter of life and death. Gordon points out the horrific nightmare of the Fifth Battle Squadron's turn "in succession" under German gunfire that put every ship at exactly the same location as it went through a slow 180-degree roundabout, giving the fire direction officers of the Hochseeflotte the equivalent of a free header.

They knew exactly where to put their projos minutes before the British battleship arrived. It's a tribute to luck and the sturdy construction of the Queen Elizabeth-class that none of the Brits ended up as a crap-ton of their battlecruisers did, as homes for North Sea groundfish and hazards for trawl-nets.

Aircraft and missiles have made the possibility of a mass fleet daylight gun action utterly impossible.

Individual ship captains and their bridge staff still need to be good at shiphandling. And flag officers still need to know how to arrange and move their squadrons. But that sort of "line-ahead-to-line-abreast" dance? It seems to be as utterly archaic and vestigial a skill as the ability to file from the left or move from column to line does for a modern infantryman. 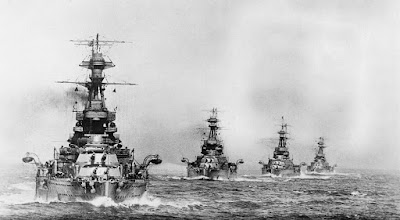 No higher purpose here, just the rumination that time and tide changes things that we think of as immutable.

Had you told an infantryman of 1850, or a naval officer of 1916, that the skills that were essential to their profession would be as dead as the dodo in a century they'd have thought you were nuts.