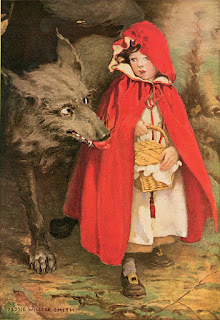 He asked me for a good night kiss
I said, it's still good day
I would have told him more except
His lips got in the way
--A Guy is a Guy,
Doris Day


Why must we play these foolish games?

Is the story of Mr. Trump's alleged gropes really news we can use? If our nation's top priority in choosing our President were to achieve parity between the sexes, then, yes.

However, considering it has been 93 years and counting since the yet-to-be ratified Equal Rights Amendment (ERA) guaranteeing women full and equal rights under the law has stood before the chambers --  I'd say "No".

Ranger suggests that the press's recent fronting of several woman who allege that Mr. Trump groped them is, in fact, anti-feminist.

The implication is that these women do not know to avail themselves of the legal protection established since the 1960's Civil Rights bills. They live in the age of Girl Power, and yet we are to believe they are June Cleever, too?

Should we believe that they need to be protected by -- whom? Mrs. Obama and Mrs. Clinton? 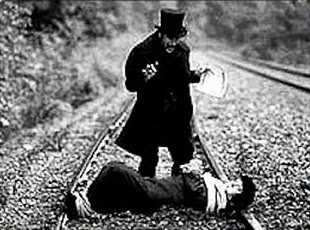 The trope being exploited is that of Little Red Riding Hood. She is a girl alone in the woods who is accosted by the ravenous Big Bad Wolf. She can be saved on by a lumberjack, a hunter or some such manly man who happens by to save fair maidens in the nick of time.

Mr. Trump is also the Wolfman, and little lady must be saved from his sharp teeth and hairy little palms.

Mr. Trump practices this and he is adjudicated a dog. Well, then Canis universalis.

Trump says what many think, and is demonized for it. He is the externalization of our id, and we cannot bear it. Hence we let the talking heads attack, and all smile smugly when his name is mentioned: "How can he BE?" we ask, in a disingenuous attempt to shuttle that part of ourselves.

"Ugh -- such a man cannot be President" we say, reflexively, knowing that scores of such men HAVE been presidents (many within the last 60 years). To hoist him on his petard on the basis of old secretly-recorded tapes of private talk and a few instances of alleged groping is skulduggery, and should shame a nation which has far bigger issues on its agenda.

Morality falls under the umbrella "religion", whose separation from matters of state is a hallmark of the United States. This is not Vatican City (thank God.) Sexual harassment falls under EEOC guidelines.

That is the end of the story, until you re-engineer the human. For now, the dance of the sexes plays on.