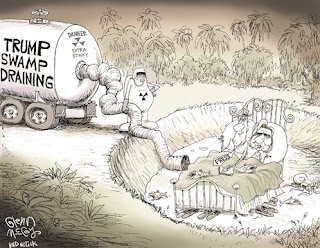 Dope, peace, magic
and gods in the tree trunks
and a group grope, baby!
--Group Grope,
The Village Fugs

Had we but world enough, and time,
This coyness, Lady, were no crime
--To His Coy Mistress,
Andrew Marvell

This Sunday's New York Times Travel section uncovered a threat to female airline passengers so great, the paper was moved to run not just one, but TWO, articles on the matter.

Since it WAS Sunday when I read this -- and one ought operate from a principle of charity -- one imagines the paper ran these out of a spirit of public service, for surely the print taken up by this imminent threat was not cheap.

In a word, Donald J. Trump's small but roving hands may show up in an airline seat near you shortly -- BEWARES, ladies!

Just to make sure you know (in case you have been in Timbuktu): there have been sinister "allegations that Donald J. Trump once groped a passenger" [quote -- see clips below]. I dunno about you, but as a ladyfolk, I'm feeling a darn site better knowing that my national paper of note is hard on the job working for my safety and erudition, right?

Recent sexual assaults — and allegations that Donald J. Trump once groped a passenger — have prompted questions about safety on airline flights.

How to Protect Yourself From Sexual Assault on a Plane

To minimize the risk of being sexually assaulted on a plane, book an aisle seat and talk to a flight attendant if someone is making you uncomfortable.

But Ranger wonders: after airline passengers have been pre-frisked so robustly by the Transportation Safety Administration (TSA) mashers, how would one know the difference between an offense and a defense grope?

After all, some of those TSA handlers have some hella good fun in executing their appointed duties (all for Uncle Sam, mind.)

Taking people's wallets and loose change, belts and shoes, putting them in plastic boxes and running them through conveyor belts, pat downs and wand scanners. Day in and day out, peering closely at the bodily outlines of the obese and the skinny.

It must be a calling, like being a proctologist, perhaps.

Well, it's like being a member of the government (which they are). And like Mr. Reagan said, Don't worry -- we're here to help you.