I have a post that has been my standard for Memorial Day for years. But this year I'd like to think less about those gone than those still here. 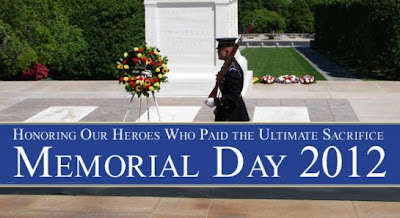 Since 2003 the U.S. seems to have slipped into a bizarre schizophrenia. Our attitude towards the expeditionary wars we have ginned up since the end of the punitive campaign in Afghanistan has varied between a cynical resignation to a hesitant distaste. Meanwhile, our attitude towards the ridiculously small, self-selected group of people who have fought them "for" us has varied between a sort of passive bumper-sticker patriotism to an exaggeratedly disproportionate "gratitude". Charlie Pierce has a fairly good summation of this;

"Now, for the veterans of the two wars of the past decade, we're giving them all kinds of favors and goodies and public applause, and maybe even a parade or two, overcompensating our brains out, but, ultimately, what does all the applause mean at the end of the day? We are apparently fine with two more years of vets coming home from Afghanistan, from a war that 60 percent of us say we oppose. But we support The Troops. Will we become a more skeptical nation the next time a bunch of messianic fantasts concoct a war out of lies? Perhaps, but we support The Troops. Will we tax ourselves sufficiently to pay for what it costs to care for the people we send to one endless war and one war based on lies? Well, geez, we'll have to think about that, but we support The Troops."

The Army I joined, the post-Vietnam, pre-Reagan Army of the early Eighties, had a pretty cynical attitude. We'd seen our brothers, the men who were our platoon sergeants and First Sergeants, used up and then tossed away in RIFs after the end of a war that we tried desperately to pretend that we'd "won" because we were never beaten in the field. We referred to the Army as "the Green Machine" and had a pretty good understanding what the priority of "accomplishing the mission" meant to the "welfare of the troops" if the mission meant that a lot of those troops would die for and in the usual ratio of "pointless" to "contributing-to-the-accomplishing-the-mission". 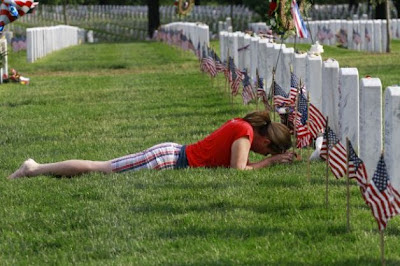 We understood - because we'd seen it or lived through it - that our "leaders" both civilian and military would "lead" us into unprofitable wars, lie to us about their cunning plans to "win" them, and then toss us aside like used contraceptive devices after the inevitable ugly mess ensued. We had heard the rhetoric about "freedom" and "peace" and knew that as often as those terms meant their face value they were a happy-face sticker for "whatever advances our policy" and "make a wasteland". We were ready to do the things our government told us to do while being pretty cynical about the combination of ambition, distraction, uglification, and derision that determined the way our government would decide what those things were and how they would sell them to the herd.

This stands in fairly dramatic contrast to the current volunteer force, where supposedly: "Six out of seven soldiers and Army civilians, [a new study] reveals, trust their senior leaders to make the right decisions for the Army, and 90 percent of those surveyed remain willing to put the Army’s needs above their own."

This trusting and sacrificing seem both disproportionate and inappropriate after the concatenation of lies, damn lies, and statistics that have characterized the "War on Terror". It would seem to me that having watched one administration lie it's way one war and another continue a second long after it's sell-buy date that it would behoove my country and all Americans to pause on the day we set aside to honor those killed in wars and consider just exactly what it means to "trust" their "leaders" with the lives of their fellow citizens absent any indication that that government, and those leaders, are willing to do the hard calculus to ensure that the exchange of those lives in return for the advancement of the national interest is a transaction that justifies the cost in wrecked lives and shattered bodies.

So. I'd like to think that this Memorial Day that my fellow citizens would do more than just pat the yellow-ribbon magnet on their bumper in a hat-tip to those of my fellow soldiers who went to do their nation's bidding and never returned. I'd like to think that those citizens would remember that the intent of the Founders and Framers was that We the People are supposed to be sovereign.

That it is supposed to be in our names those lives are given or taken, and that if we allow - or, worse, encourage - those who we elect to throw those lives away in the pursuit of lies, or impossibilities, and then once those lies and that nonsense are exposed, do not hold those people and ourselves to account, then we have failed to honor our pledge to them, that we here highly resolve that these dead shall not have died in vain—that this nation, under God, shall have a new birth of freedom—and that government of the people, by the people, for the people, shall not perish from the earth. 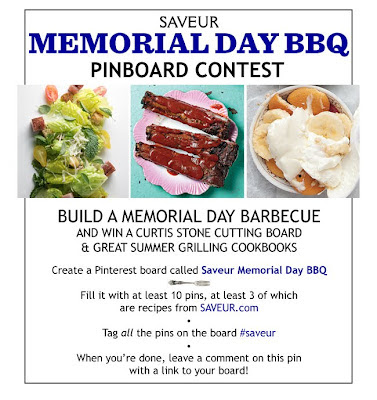 And, hey; I like tradition as much as the next guy.
Posted by FDChief at 10:10 AM