"Whatever happens, we have got
The Maxim gun, and they have not."
(Hilaire Belloc)

Jason over at Armchair Generalist has a good little discussion about the icon of modern rebellion, the AK-47. Jason objects, sensibly, to the sensationalist journalism that labels the rifle a "weapon of mass destruction" but points out that

"What makes the AK-47 such a distinctive weapon system isn't its accuracy or the number of widgets that you can add onto the rifle. It's a cheap, long-lasting, low-maintenance system that has an overwhelming abundance of available ammunition (that is )not the best weapon to use against other militaries, but works fine against noncombatants and poorly-armed security forces."

For what it's worth, I would opine that the combination of the cheap, rugged, low-tech automatic weapon and the mine are what has made colonialism such a mug's game since the middle 1940's. 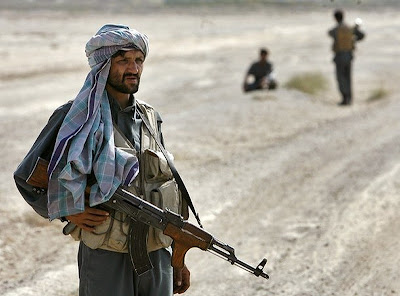 Back when it was us having the Maxim gun and they had not it was pretty simple to run an empire on the cheap. But now every dimestore Westbumfuckian Liberation Front can lay their hands on a couple of shiploads of AKs and a bunch of PMD shoebox mines (or just some Semtex and a Palestinian- or Iraqi-for-hire to show them how to wire the things for sound) and all of a sudden the White Man's Burden becomes hard for low-population-growth, expensive Western volunteer armies to bear. 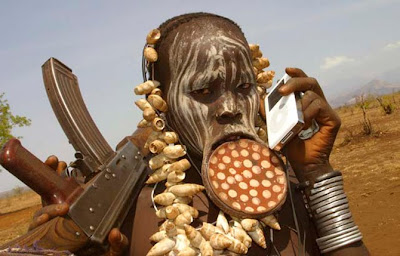 As the Sri Lankans showed us, crushing these groups is possible, but you have to be able to use genocidal-level force, and for a Western occupier in the age of CNN/Al Jazeeera I'm not sure that's possible anymore.

So the Sunni rebellion in Iraq is controllable, either by buying out the rebels as "Sons of Iraq" or by arming their Shia and Kurdish rivals and letting them do the genocide. But absent a truly competent government, and given the strength of the rebel forces on the outside, this may not be possible in places like Afghanistan or Pakistan, and for the Western press and governments to pretend otherwise seems extremely irresponsible.

Obviously it's hard to predict the arc of competence here, but I would suggest that if the ANA/AP haven't managed to outperform their rivals after eight years of Western instruction the window for their doing a Sri Lanka on the Talibs is closing fast.
Posted by FDChief at 8:55 AM