I can't imagine this is a good thing. 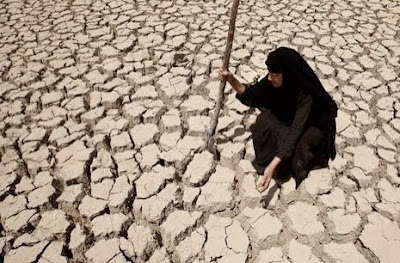 When I was in the MFO-Sinai back in the 1980's one of the missions we were tasked with was escorting Egyptian mineclearing teams in the US Sector. This was one of those dangerous-but-boring things that soldiers do a lot of, peacetime or wartime, and we used to spend a lot of time sitting in the white quarter-ton jeep, the lieutenant, the RTO, and the medic (which was me), talking about anything and everything to pass the time, both to try and ignore the fact that the Egyptians were tossing the damn things around (which was part of their mineclearing "technique") as well as to kill the long stretches where the Egyptians were doing nothing at all (which was another part of their "technique").

At any rate, one long afternoon the Egyptians piled up a truly mountainous pile of mines, everything from US M-21 antitank mines left by the Israelis through cheap n' nasty wooden PMD-type shoebox mines left by the Egyptians themselves. It was a hell of a monument to the hatred between the two nations as well as a reminder of how many times the place we were in had been fought over. But the sight made Lt. Parker, who was a pretty good military historian, ruminate on wars in general and Middle Eastern wars in particular.

I still remember him shading his eyes as he watched the Egyptians wire the massive pile of useless junk for demo.

"It's pretty amazing how many reasons that people around here can find to kill each other." he said, "Land, oil, religion. Fucking amazing."

He thought about this for a moment, and then added;

"But when they start fighting over water...that's when it's really gonna get brutal."

So who knows - we may not have seen the worst the Middle East has to offer.