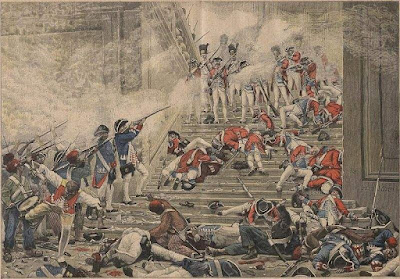 Well, there you have it.

All I can say at this point is that if all those idiots who bayed about "Second Amendment Solutions" aren't storming Capitol Hill right now then they can just STFU forever after. THIS is what "tyranny" looks like; the imposition of a legislative agenda desired by less than a third of the citizens subjects.

In a true democracy this would result in pitchforks and torches and the Swiss Guard dead at the gates of the Tuileries.

Which is another way of saying that those of us not in the donor class that has commanded this to happen must either utterly destroy the GOP or bow before our New Plutocratic Masters. We will not do the former, so, inevitably, we must do the latter.
Posted by FDChief at 9:03 AM

Labels: New Gilded Age, plutocracy, the end of the American Experiment, The GOP must be destroyed