Heartbreaking spread on the Rohingya People at the New York Times here:

I was once told that Buddhism was a religion of peace.  A religion where the doctrine of "Do no harm" (Ahimsa) was above all else.  Apparently that is not the line pushed by U Wirathu, the nationalist Buddhist Monk AKA the Buddhist bin Laden, who is provoking this ethnic cleansing in Miramar. 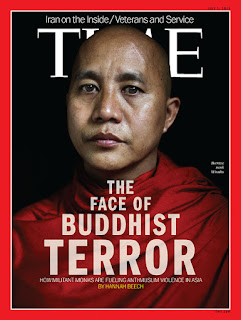 But Myanmar is not alone.  Similar tragedies inspired by religious fervor happened in recent history appeared in Sri Lanka and Thailand. Are these fundamentalists or nationalists?

All major religions seem to eventually turn into something never intended by their founders it seems.