I think the thing about this ridiculous Flynn Fiasco that gets me right in the giggy is that this joker was once the head of one of the United States' major intelligence agencies. 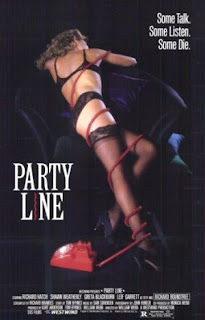 I mean, this guy isn't some Christopathic Amway chisler like DeVos or a greedy robosigning bankster like Mnuchin or even a neo-Nazi stooge like Bannon. Mike Flynn was not just boss of the DIA but "...commander of the Joint Functional Component Command for Intelligence, Surveillance and Reconnaissance, chair of the Military Intelligence Board, Assistant Director of National Intelligence, and the senior intelligence officer for the Joint Special Operations Command."

A noted nutbar conspiracy theory aficionado, too, but, nevermind. Point is, this guy's been in the snoop-and-spy game for donkey's years.

And yet, apparently, so fucking stupid it's pretty amazing that the gomer can walk and breathe at the same time.

I mean...think about how he got into this mess.

Guy calls the Russian Embassy. Chats with Ivan, good times, blah-blah-blah...hangs up and then proceeds to lie his little ass off about it like a teenager caught slipping into the house after midnight with his panties in his pocket when asked about what they said.

And never, not once, does he think "Gee...I bet the NSA has a recording of what we talked about because the NSA taps everybody's goddamn phone but double-secret-taps every Russian diplomatic phone 24/7 so lying at this point isn't just useless but is actively damaging to me and everybody else in the Fraudulency Administration that's gonna stand up for me..."

Maybe it's the old GI in me, but the thing that gets me about this - more than the lying, more than the playing-footsie-with-the-Russians, more than the probable-taking-emoluments-from-a-foreign-power - is the goddamn, stomp-down, pure-D, bone-stupid of it.

This guy, this guy who was so freaking stupid as not to think that the NSA was listening in on his dumb ass chatting with the Russian Ambassador, was for 24 days His Fraudulency's - a guy whose foreign policy knowledge can be summed up by the phrase "bag of hammers" - go-to guy for "national security".

Just sit and think about that for a moment.