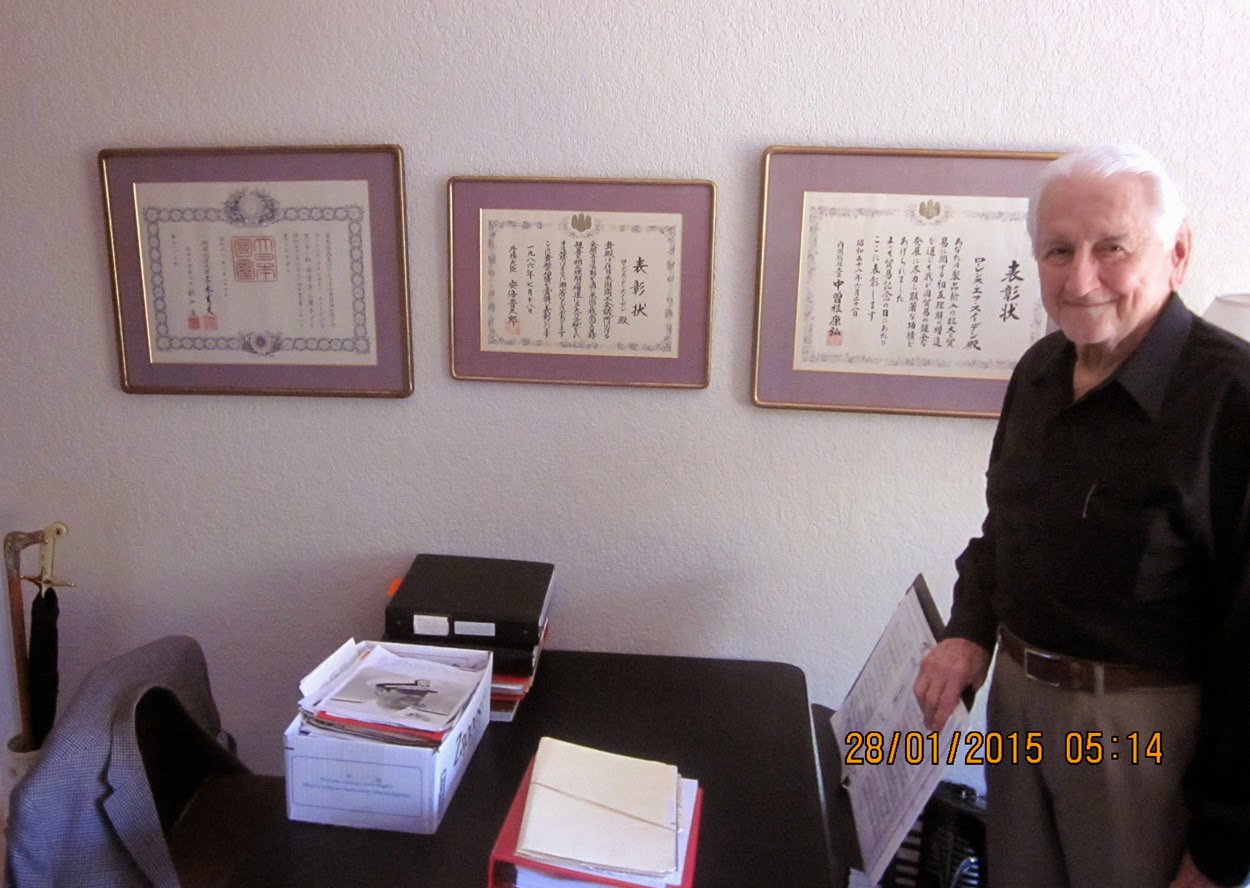 --General Snowden, before a plaque signed
and presented to him by the last Japanese Emperor
of the Empire of Japan (Hirohito)

[NOTE: An officer and a gentleman died this week in our town. The date was 18 February 2017, one day before the start of the Battle of Iwo Jima, in which Lt. General Snowden led his men with great honor. We are running this re-post so that his memory may not be in vain.]


We recently had the pleasure of meeting a hometown hero, Lt. General Lawrence "Larry" Snowden (R) who, at 93, is the senior survivor of the protracted and bloody World War II Battle of Iwo Jima, a climatic event of WW II in the Pacific lasting from 19 Feb 1945 to 26 Mar 45.

The General was wounded twice in the battle, leaving the hospital against medical advice and hopping a mail flight in order to get back to the island to command his men. He participated in eleven campaigns over the course of a career in which he saw action in three wars (WWII, Korea and Vietnam).

But Gen. Snowden is neither your typical military man nor retiree in a conservative part of the country.

Mr. Snowden traveled to Iwo Jima again last month, as he has every year for the last 15 years, to lead a "Reunion of Honor" with both his fellow survivors from the U.S. Marines well as the Japanese soldiers whom they fought. His mission is a solemn one of reconciliation with men who were once his mortal enemies but, as the widow of the Japanese commanding general said to him, "Once enemies, now friends."

As Snowden told a local journalist last year, "Those men didn't want to be here any more than we did. They were doing their duty. You don't hate anybody for that" (After 68 Years, the Battle of Iwo Jima Stays Fresh.)

When we asked how he reached this enlightened state, he smiled and gave his mother credit. He recalls being a pugilistic young man engaging in "fisticuffs" with his fellows and going on about "hating" someone. She told him that he didn't "know enough about anyone else to allow [him] to feel hatred," and that he could find another way of dealing with his anger. He got the idea then that the head could rule the emotions.

With recent attention to the concept of "moral injury" amongst soldiers, the idea of recognition, understanding and forgiveness between fighting men seems an essential move towards healing.

Snowden has commanded every level of combat unit from Rifle Company to Regiment. As a General Officer he served as Chief of Staff HQ, USMC. His route to reconciliation began during the Korean War when he worked alongside his former Japanese adversaries while coordinating logistical efforts flowing through Japan destined for the Korean peninsular effort. It was his first recognition that men need not retain hostilities, and that life had an ebb and flow.

He next bumped up against the idea of reconciliation when  he returned to Japan in 1972 as Chief of Staff, U.S. Forces, Japan (a Joint Services Command.) During that three-year posting he liaised with the Japanese government, becoming familiar with and appreciative of Japanese society. He left Japan for Washington D.C. in the final posting of his 37-year military career, serving as Chief of Staff HQ, USMC.

Upon retirement he returned to Japan as a civilian representative for Hughes Aircraft, focusing on production and economic matters while living in Tokyo for the next ten years. He also served as the head of the U.S. Chamber of Commerce in Japan.

This is the backdrop to the genesis in 1985, the 40th Anniversary of Iwo Jima, of the idea for the Reunion of Honor, and the General has been involved in the annual event since that time. Notice there is nothing about warriorhood or grand patriotic celebration surrounding the event. It is simply a somber recognition of men who did the heavy lifting for their respective nations.

A Buddhist priest who survived the fighting and the widow of the Japanese Commanding General, along with the General's son, deliver a solemn presentation. Following this, Mr. Snowden and his fellow survivors ascend Mount Suribachi; they then come down and the Japanese survivors then go up.

"I make the same speech three times: in Los Angeles, in Honolulu and Guam. I tell everybody there will be no T-shirts, no hollering and victory celebration. From the very beginning we have pledged that we would not ever, ever crow over our victory there. And we've never had any problems with that." So much for the Toby Kieth brand of patriotism. 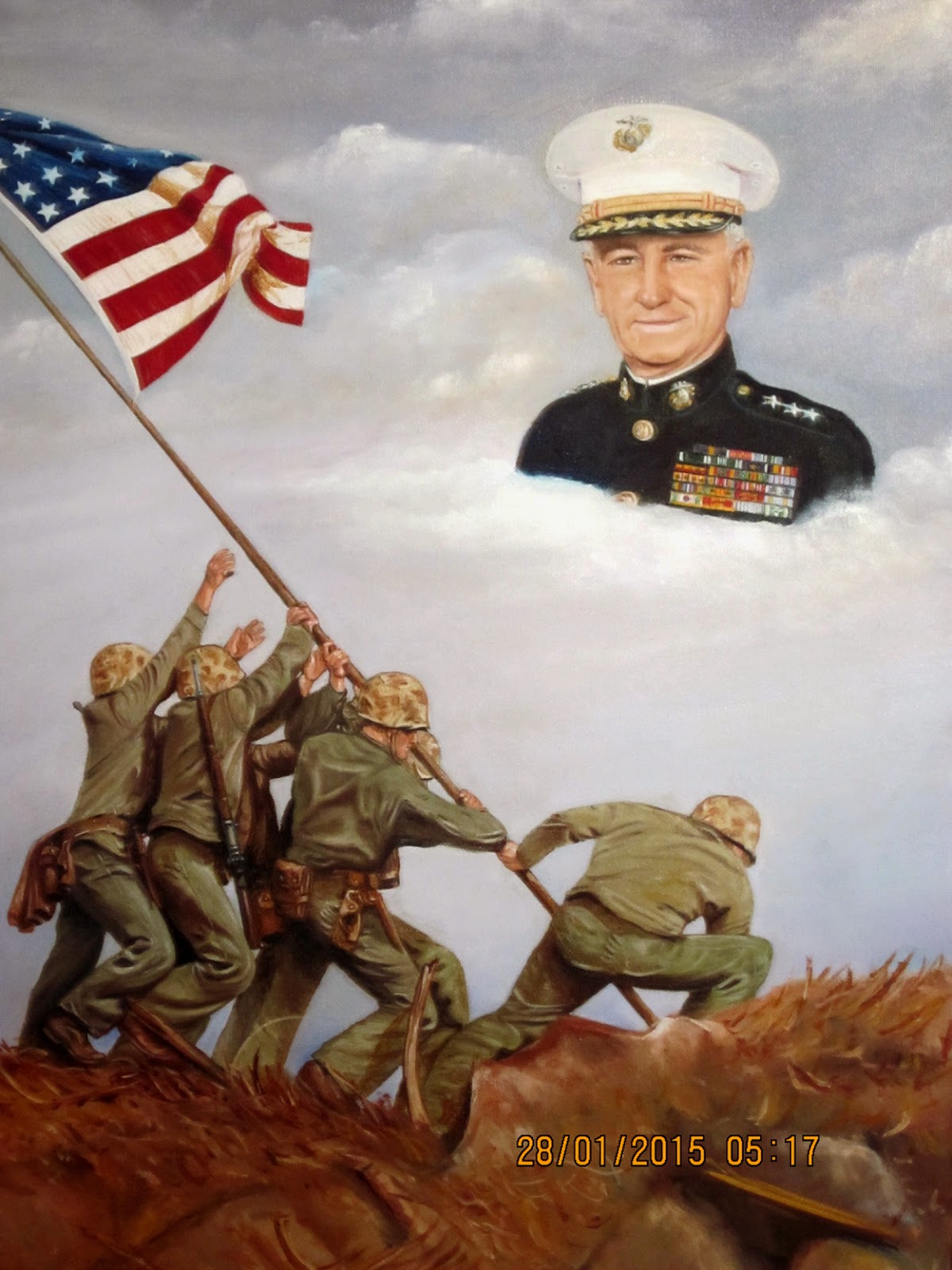 
Ranger asked the General if he had seen the film, "American Sniper". He looked down and said his friends were always after him to see the latest war film, but that he usually demurred.

"I have seen everything they could possibly put into one of those films, and I have no desire to see it ever again."


Coda: As we were leaving, Gen. Snowden received a call from the Florida Veterans Hall of Fame; he would be nominated as their newest inductee.

Has has Ranger's Army vote.
Posted by rangeragainstwar at 10:31 AM